Podcast: Be a strong person, truth does not need a lot of words

You are what you think. This age-old adage refers to how thinking differently can help you transform your life.

In his new book "Redesign Your Mind," Eric Maisel provides over 60 strategies for exercising our minds and causing cognitive transformation.

Continuing our conversation with Maisel, the doctor, who is primarily based in the United States and is a pioneer in the field of psychology and creativity, urges us to have a discussion between ourselves by entering "the room that is your mind."

"You can decorate, air out, furnish, and turn the room that is your mind into a truly congenial place," the introduction of the book says.

The book was published in October last year. A Chinese version will hit the market very soon. 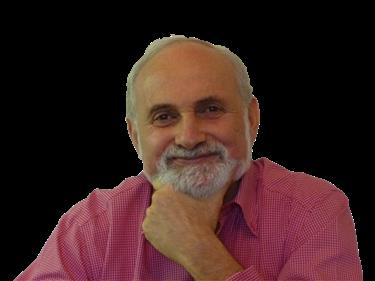 Q: Can you elaborate on the idea of "Seven Word Corner?"

A: It comes out of a lot of work with clients, this simple idea. We'll use one kind of example. Let's say I'm working with a woman painter whose husband has just retired, and suddenly he's around the house all the time and keeps wandering into the studio and bothering her.

And typically, that woman is going to be unable to tell him to stop coming in, because that's just too hard to say in most relationships. So she'll say lots of words. She'll say this, and that, and the other thing, but she won't get to the point.

And so it's in working with those kinds of clients for many years that I will say to that client, I need you to tell him what you need to tell him in seven words or fewer.

We will work on it, and it'll sound like "please stop coming in" with a period. Most people don't feel comfortable saying anything that blunt or that short. They think they have to then apologize or just add more words.

Q: Why is that so, psychologically?

A: We use a lot of words when we're scared. There was a Native American chief from way back. His name was Chief Joseph and one of his phrases was, "truth doesn't require many words."

That's true. The truth doesn't require a lot of words. If the truth is, "please stop bothering me," that's all you need to say. You don't need to explain why you don't want to be bothered. Let's say, we'll use a very poor example, the one that comes to mind is "don't hit me."

If you're in an abusive relationship, you don't want to explain why you should not be hit. "Don't hit me, stop that." That's our strength when we start to speak like that.

The relationship may end, as soon as we start speaking that strongly, the other person may not want to be with us anymore, because suddenly we're a strong person.

Q: Do you mean we need to be assertive and confident in our relationships?

A: Yes. And in working with creative performing artists who have to deal with the marketplace too. They have to be able to say "the price of this painting is US$4,000," rather than, "I'm not really sure what I'm charging for this, or maybe you can make me an offer." All of that is not powerful. What's powerful is, "here's the price."

Q: In these kind of cases, will you give them guidance to come up with those short, affirmative words?

A: I am pretty directive, and I often will say what I think are the right words. Sometimes, I'll open the door for them to figure things out themselves. But if I think I know something that will help them, I'll say it. 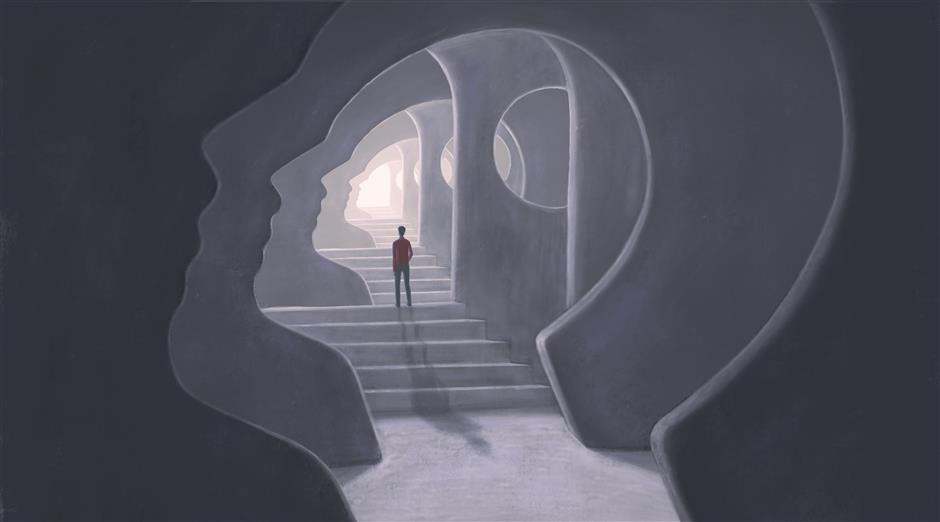 Q: You mentioned the importance of good sleep for mental health. Aside from the routines you mentioned in the book, do you have any other helpful hints for readers on how to get and keep a good night's sleep?

A: It's a little bit complicated to say, but for my creative performing art of clients, I advise them that their creativity practice should be first thing in the morning when they're gracious. So the headline here is to go to bed with what I call "a sleep thinking prompt," so that they can make use of their sleep thinking. That is the thinking that their brain has been doing during the night.

With this idea, I've done a whole book on this so-called sleep thinking. I invite people to go to bed with what I call a wonder rather than a worry.

People are going to bed anxious. That's why they're having so much trouble sleeping. If you go to bed, wondering about your creative work, rather than worrying, you'll sleep much better.

So by wondering, I don't mean, "am I an artist," but I wonder "what Mary wants to say to John in chapter three of my novel."

That is you go inside your creative work, go into that imaginative world and you'll fall asleep much more easily thinking about "what Mary wants to say to John."

Then your brain will actually have that conversation between Mary and John during the night. Your brain will work on that. And then if you turn to your work first thing in the morning, you can get to make use of your sleep thinking.

You'll have a much more creative life if you do that.

Q: What are people's three personalities?

A: I think it's just a simple robust model of personality that I think captures a lot about what goes on in human beings, more than most psychological models do.

Formed personality is the person you become over time.

Over time, we take shortcuts, that's what our opinions are. We form our opinions, and then we keep them, because it's easier to just repeat an opinion than to think through everything all the time.

Everybody has a very stiff personality, but also some freedom to change that stiffness.

So I see life as a conversation, a dialogue and interaction between available personality and formed personality, kind of a pushing pull, where we keep trying to upgrade our personality. We never take into account our original personality, who we are at our deepest level.

Q: This is a fascinating subject. As I read this, I'm left wondering how I'd figure out my three personalities.

A: It's mystifying because we're looking at our original personality with our formed personality. We can have intuition, we can have guesses about what our blueprint might have been. It becomes very hard to know.

Human beings don't like to admit that some things can't be known. I think the exact contours of our original personality aren't knowable unless you adopt a cult system like astrology or something where things are knowable in a simple way. 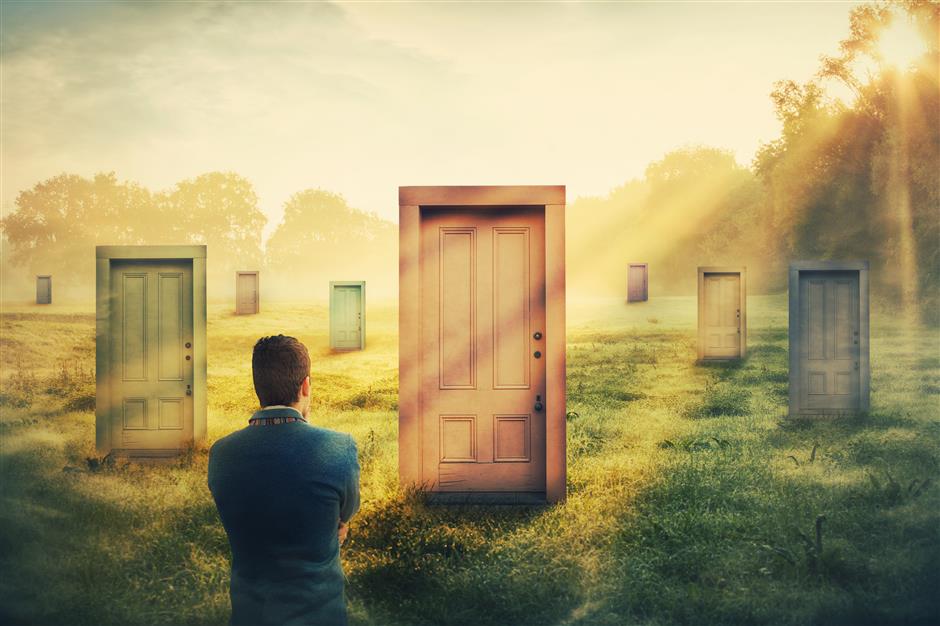 Q: If you could only recommend one practice from this book to readers, what would it be? And why is that?

A: I think I would pick "the installing an easy chair," because I think people are very hard on themselves.

And when they go into the room that is their mind, they're always criticizing themselves, pestering themselves, just not happy in there. If they could just get this picture of getting rid of that bed of nails, installing an easy chair and just being able to sit in the room, that is your mind on an easy chair. Be kind to yourself. That's the one visualization I would pick.

Q: Should we expect new books from you in the immediate future?

A: Yes, my new book is about challenges that smart adolescence face. I did a book called "Why Smart People Hurt," which has done quite well.

The publisher was interested in a sequel for teenagers. So that's what I'm working on right now.

If you're in that age range – 11 to 20 years of age anywhere in the world and you're smart, then you're going to have certain kinds of challenges.

﻿
Special Reports
﻿
62653
,
Podcast: Be a strong person, truth does not need a lot of words
Podcast: Simple images can help in shaping the way we think
Podcast: Pandemic reshaping our relationships
Podcast:Behavioral addiction can be corrected at our own discretion
City offers incentives for migrant workers to stay put in city during holiday
Connecting with children via art therapy
Podcast: Art therapy may work 'like magic' on kids
Podcast: Chinese evangelist for the power of art therapy
Podcast: New era for art therapy education in China
Using art as a tool for meditation and healing
EXPLORE SHINE