After success at home, game companies set their sights overseas 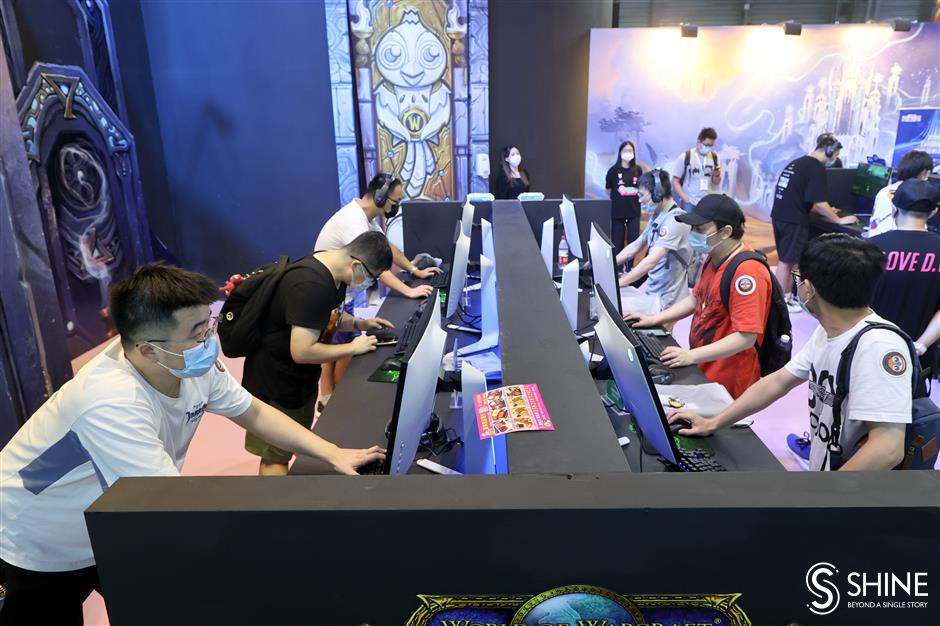 Players are attending the ChinaJoy fair in Shanghai despite of COVID-19 pandemic and hot weather. ChinaJoy, Asia’s biggest game fair held in the city, closed on Monday.

Game developer FunPlus has chalked up many pluses in its 10 years of business. It has attracted 100 million players from more than 200 countries and regions, and topped international charts.

In June, FunPlus occupied the No. 1 spot among all Chinese game publishers in terms of revenue from outside of China, beating out giant competitors like Tencent and NetEase, according to research firm App Annie.

The booming Chinese game export industry is now fueled by complete ecosystems that include translation and content review services. Government officials support the industry, viewing it as a catalyst for the digital economy during the trying times of the global coronavirus pandemic.

In the first half, overseas revenue of Chinese game firms reached US$7.59 billion, chalking up 36 percent growth from a year earlier as a four-year record-high growth. The top three major overseas markets are the United States, Japan and South Korea, according to a report from the China AudioVideo and Digital Publishing Association.

The booming overseas markets give Chinese game firms untold opportunities, especially lower-key firms like FunPlus and Lilith, which ranked No. 2 in June in the App Annie list.

The firm has more than 100 million players, with titles like “King of Avalon,” “Guns of Glory” and “State of Survival” in 23 languages. It has also established an eSports joint venture called FunEase with NetEase to organize online events overseas. 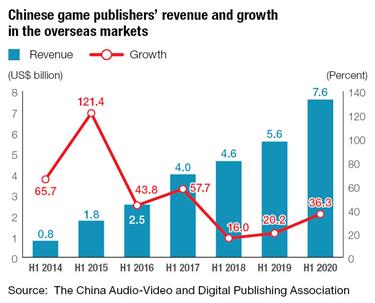 FunPlus has strived to become a truly global entertainment company from the start. It has relied on high-quality games and a distinctive artistic style, which have caught on, especially in Europe and America.

The company has more than 1,000 employees in 20 countries, with studios in cities including Beijing, Shanghai, San Francisco, Tokyo, Stockholm, Moscow and Barcelona.

Tencent is predicting there will be 3 billion game users globally in the near future. Games involving Chinese legends, poems and history have been gaining popularity across the world, using the latest gaming technologies, Wang Bo, vice president of Tencent, told the ChinaJoy forum.

The rise of Chinese game expansion overseas has been a boon to companies providing specialized services for publishers.

Startup LiveData, for example, offers game firms translation and content review. The services, which cover about 10 million active global users every day, are developed by about 60 engineers at the company, with a core team from Google, Facebook and Tencent.

The company’s in-game translation engine supports 23 languages, covering all the specialized terms used among players. With artificial intelligence technology, the translation service can identify shorthand jargon like “ttyl” (talk to you later) and “brb” (be right back) and translate them in target languages in real time.

The new services include creation, marketing, data analysis, design, game engines and 3D videos, which can be customized to suit a customer’s needs. Sino-MeetSocial now has over 100 clients, including Tencent, NetEase and Lilith, with 4 million creations for overseas marketing. 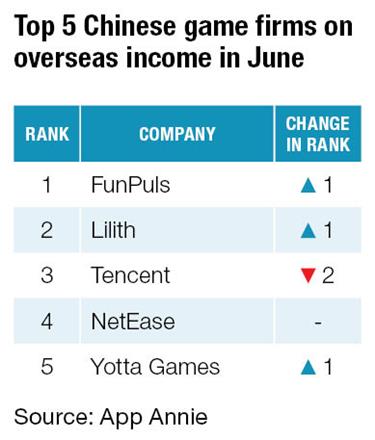 During ChinaJoy, the company held forums related to Japan and the Middle East — two markets with great potential for Chinese publishers.

Games from Shanghai are among those gaining the most international recognition. The city government is initiating new measures to support the overseas expansion of local game firms, Wang Yayuan, deputy director of the Publicity Department of the CPC Shanghai Committee, said at the fair.

The center, which will serve the Yangtze River Delta region, is located in Jiading District, where more than 3,000 game firms account for 10 percent of China’s national game production.

The final of the League of Legends World Championship, a globally popular eSports competition, will be held in Shanghai this year and next, officials announced during ChinaJoy.

The decision, which comes despite the challenges posed by the coronavirus pandemic, is part of Shanghai’s strategy to establish itself as an “international eSports capital.” The city is supporting the eSports industry by sanctioning top events and setting up eSports majors in colleges.

FunPlus, with several hundred people already working in Shanghai, said it plans to expand its presence in the city, citing the government support policies and beneficial business environment. 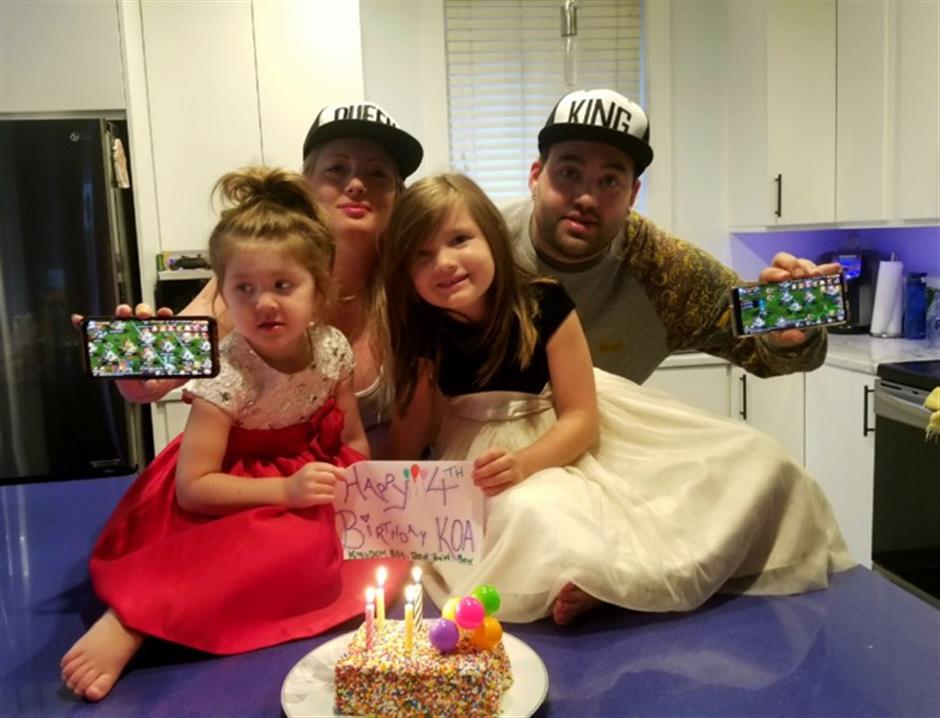 Players celebrate the anniversary of “King of Avalon” game at home.