The new jobs that are no longer considered freakish oddities

Playing online games is fun, but is it work? Yes, says a Chinese ministry.

In addition to the players themselves, the boom in eSports competitions in China has created a whole new realm of jobs, like sportscasters, hosts and training partners.

They have become a backbone of the genre.

Last year the Ministry of Human Resources and Social Security formally acknowledged eSports operators and players as new official job categories — part of a national policy to promote the sport. According to ministry data, there are more than 5,000 eSports teams operating in China and professional eSports players number 100,000.

“These new jobs give young people more choices in deciding their careers,” said Ma Kai, general manager of city’s 666 Esports Center and a member of the Shanghai E-Sports Association.

Dai Yanmiao, an associate professor at Shanghai University of Sports who specializes in eSports, said formally recognizing this work as part of the employment pool will help promote the development of eSports.

We look at some of the people filling these new jobs.

China has 1,200 certified professional sportscasters in eSports. One of them is Wu Jiahao.

He and two broadcasting colleagues were practically screaming into their microphones last May when the Ghost Owl Gaming team came from behind to beat rival Mighty Tiger Gaming and win the King Pro League Global Tour Spring Finals.

For Wu Jiahao, who hails from Guangdong Province, it was also a major moment in his fledgling three-year career as an online sportscaster in Shanghai.

“Honor of Kings,” released by Tencent Games in 2015, has become a blockbuster online game, with millions of players.

“In the summer of 2017, many companies were organizing commercial matches based on ‘Honor of Kings,’” Wu Jiahao said. “I was asked if I could give running commentary on the competition.”

Wu Jiahao commentates on a match involving Tencent's mobile game “Honor of Kings.” He is one of China’s 1,200 certified professional online sportscasters.

His career was off and running. As an eSports fan himself, Wu Jiahao quickly mastered the skills of sportscasting. The following year, he left Guangdong and headed to Shanghai, where he linked up with Dido ESports, a company that focuses on education and training game sportscasters and hosts.

Shanghai, he said, is currently the hub of eSports development, promotion and opportunities in China.

“It was difficult at first because I speak Cantonese and couldn’t speak Mandarin well,” Wu Jiahao said. “My commentary wasn’t professional enough, and I used too many pet phrases. My instructors kept correcting me. But I made a serious effort. I read Mandarin aloud every day and recorded matches for practice.”

He is now considered a seasoned pro in sportscasting for “Honor of Kings” competitions, with nearly 60,000 followers on the Weibo social platform.

His profile has been helped by the rapid expansion of eSports from a niche market to one with a mass audience. Wu Jiahao said he believes the popularity eSports will soon take root in every city of China.

“eSports has the same excitement as other sports,” he told Shanghai Daily. 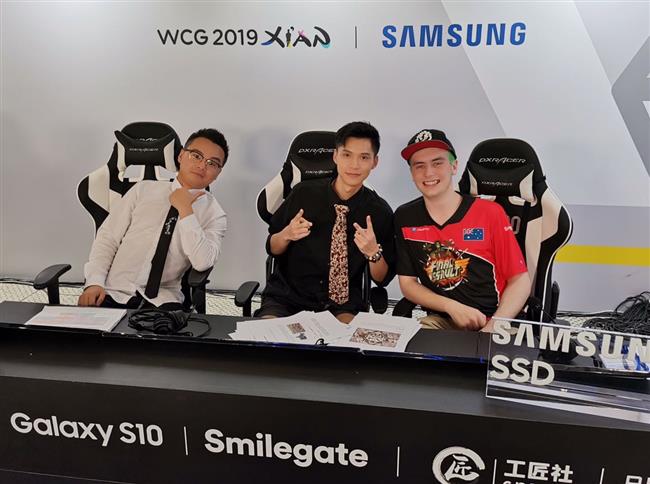 Wu Jiahao (center) was one of the commentators of a virtual reality (VR) game at the 2019 World Cyber Games.

Wu Jingjing, founder and CEO of Dido ESports, is known for her ability to spot talent like Wu Jiahao. She was one of China’s first online sportscasters and hosts.

Wu Jingjing came to the business via a beauty pageant held in tandem with the Intel Electronic Sports World Cup in 2006. She was a runner-up in the pageant.

The event brought her to the attention of Chen Qidong, boss of then eSports leader PLU, who invited her to become a sportscaster in Shanghai.

Her debut at the job involved “StarCraft,” a military science-fiction, real-time strategy game published by Blizzard Entertainment. As her career progressed, she learned how to do commentary on competitions involving five or six different online games.

“I established my own form of analyzing different games, and that helped my career a lot,” she told Shanghai Daily.

Online sportscasting isn’t an easy field to break into.

There are plenty of people angling for a limited number of jobs. Audiences don’t remember your name, he said, unless you are very professional and have a distinctive commentary style. 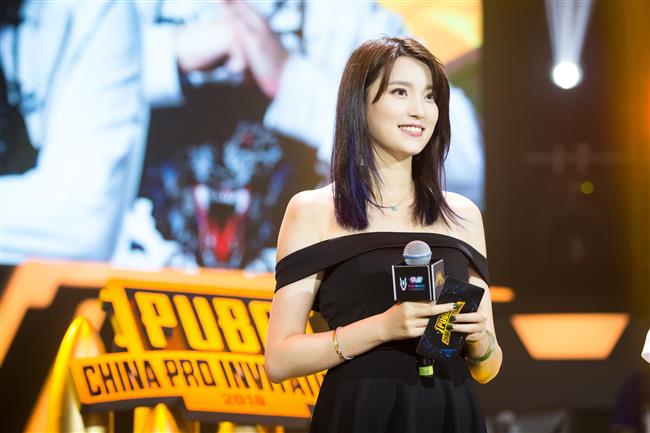 Wu Jingjing, founder and CEO of Dido ESports, was one of China’s first online sportscasters and hosts.

In the early days of eSports, novices often looked for partners in online communities and forums of video games. As demand for such assistance increased, e-commerce platforms like Taobao started providing services that paired more inexperienced players with game masters. Later, those masters started advertising their own services.

The coronavirus pandemic this year, when many people had to stay at home and online game-playing increased, pushed more seasoned players into becoming training partners.

The Shanghai-based Bixin platform is among China’s earliest providers of eSports training partners. Founded in 2014, it now has 5 million professional training partners and some 40 million users.

Players from famous domestic “League of Legends” eSports teams like Invictus Gaming, FunPlusPhoenix and eStar Gaming can also be contacted through this app.

In 2015, he began playing the game “League of Legends,” a popular multiplayer online battle arena video game published by US-based Riot Games. Ruan showed a natural talent for the game.

When he was just 15, he received offers to join three eSports teams and decided to give up his education and become a professional player. However, he later had to return home and take care of his family.

Ruan Zhengjun is a 19-year-old full-time training partner with Bixin.

Despite the break, he never lost his passion for eSports. Last year, he saw Bixin ads and decided to become a training partner on the platform.

“In society, many people have a bias against eSports,” Ruan said. “They equate eSports players with gaming addicts. But it’s totally different. For an eSports player or a training partner, eSports is their job, and it requires huge efforts. It’s the same as any job. It can be demanding and tiring, but those of us who are involved do it out of passion.”

Being a training partner is more than just a money spinner. It’s a way of meeting clients, who often become close friends, he added.

Another Bixin training partner, nicknamed Wan Ge Ge, came to the platform through “Game for Peace,” the Chinese mobile version of a South Korean multiplayer video game called PlayerUnknown’s Battlegrounds. At that time, Wan didn’t have enough friends willing to team up with her to play the game.

“I heard about Bixin from other players, and I thought, ‘Wow, what a great chance!’” she told Shanghai Daily. “I can have team members to chat with while making some money. I registered as a Bixin training partner and received my first client.”

“My experiences on Bixin are undoubtedly beneficial to my future life and career,” she said.