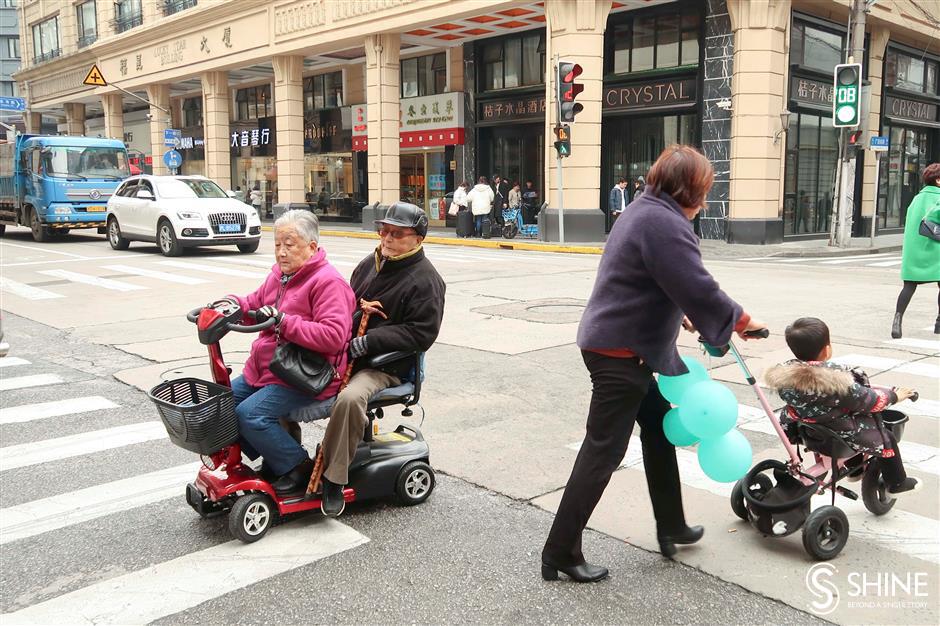 An elderly couple on the move in downtown Shanghai.

Many elderly people in China don’t have driver’s licenses, but that doesn’t stop them from tootling around in mini electric vehicles that resemble golf carts, have low maximum speeds and are technically illegal on roadways.

Several Chinese cities have recently cracked down on the vehicles because of erratic driving by some of the oldies and the slow speeds that can create traffic chaos on thoroughfares.

These vehicles are sometimes called “elderly walk-substitute vehicles” in official documents and by the Chinese media. Many people just call them laotoule, or “happy grandpas.”

The Ministry of Industry and Information Technology defines the vehicles as “low-speed, four-wheel electric cars not meeting usual motor-vehicle standards and not included in motor-vehicle regulations.”

In the US, the battery-driven vehicles are called “neighborhood electric vehicles.” They can have a top speed of 40 kilometers per hour, and are limited to roads with low-speed limits.

On the roads of China, the “happy grandpas” come in all shapes and sizes.

On the low end are three-wheeled scooters covered with a shell. They cost as little as 2,000 yuan (US$309). On the high end, the vehicles look like mini electric Land Rovers and sell for up to 10,000 yuan. 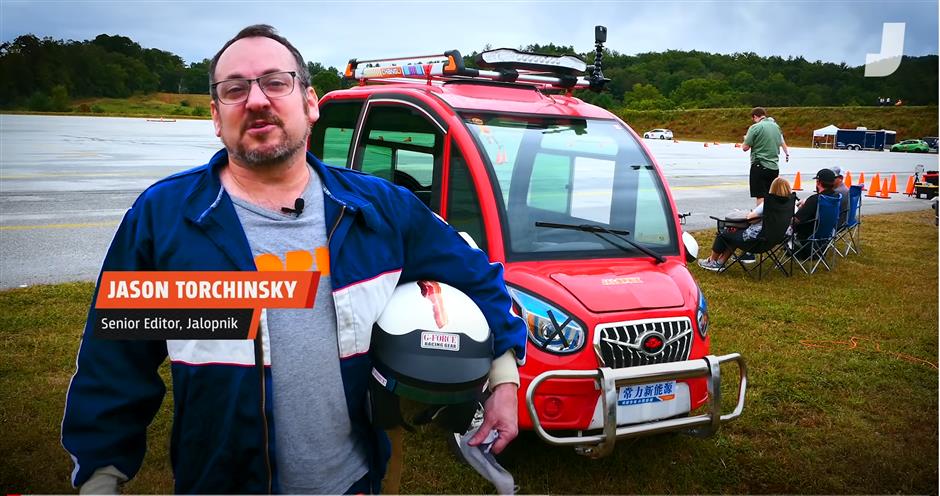 US-based YouTuber Jason Torchinsky, whose account Jalopnik specializes in fun car videos, had a “happy grandpa” shipped to him, leading to two test-drive videos that drew in more than 4 million viewers.

“Rear-view camera. How is that possible?” he said in the video.

He spotted other interesting features, like fans in vehicles priced at US$1,350 on Alibaba, not counting tax and shipping.

“There is a huge market for senior transportation,” Cui Dongshu, secretary-general of the China Passenger Car Association, told Shanghai Daily. “These vehicles are easy to use for seniors and are competitive in price.”

Indeed, they are about a 10th of the price of the cheapest electric mini-cars that do require licensing.

“Happy grandpas” don’t have license plates or require a driver’s license or insurance.

According to Cui, as of June 2019, only 3 percent of the 422 million vehicle drivers in China were 60 years or older. 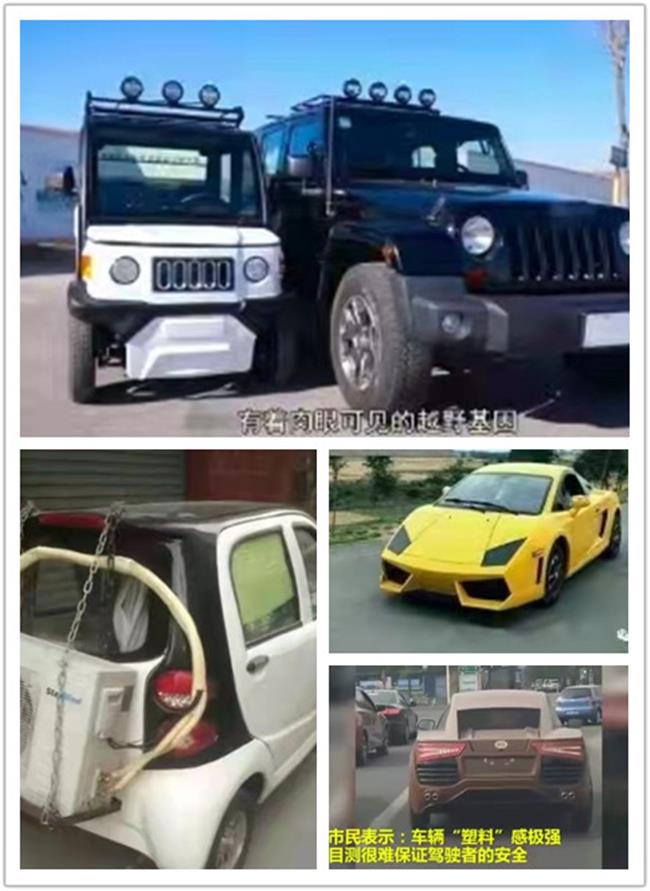 “Happy grandpas” come in all shapes and sizes. At the low end are covered three-wheeled scooters costing as little as 2,000 yuan (US$309). Other, looking like mini Land Rovers, sell for up to 10,000 yuan.

The “happy grandpas” have triggered an outpouring of photos posted by Chinese netizens. Some show air-conditioners attached to the back; others are plastic versions of expensive luxury cars. Netizens also posted their encounters and accidents with the seniors who drive them.

“Just pray that you will never run into such ‘road killers,’” one netizen wryly commented. “They have no idea of traffic rules, and you can’t argue with them because they are old.”

Others argue that such vehicles meet the transportation demand of many seniors and suggest they be standardized and registered rather than being banned.

According to Chinese traffic rules, these tiny vehicles have “no right of way,” meaning they can’t be driven on bicycle or vehicle street lanes. Instead, they should be confined to roadways in closed communities or indoor venues.

“My mom and her siblings forcibly threw away my grandpa’s mini vehicle after reading about the problems in the news recently,” Selina Zhou told Shanghai Daily. “He is really mad about it.”

Zhou’s 82-year-old grandpa was using the vehicle primarily for grocery shopping and hospital visits. Until the law was changed in December, he was too old to get a driver’s license.

“The family always thought his driving the vehicle was dangerous, and we tried to persuade him not to use it,” said Zhou, who is in her 30s. “We offered him rides and kept his transportation card charged, but he wouldn’t listen. We actually didn’t know driving the vehicle on streets was technically illegal because he kept telling us the seller said there was no problem.” 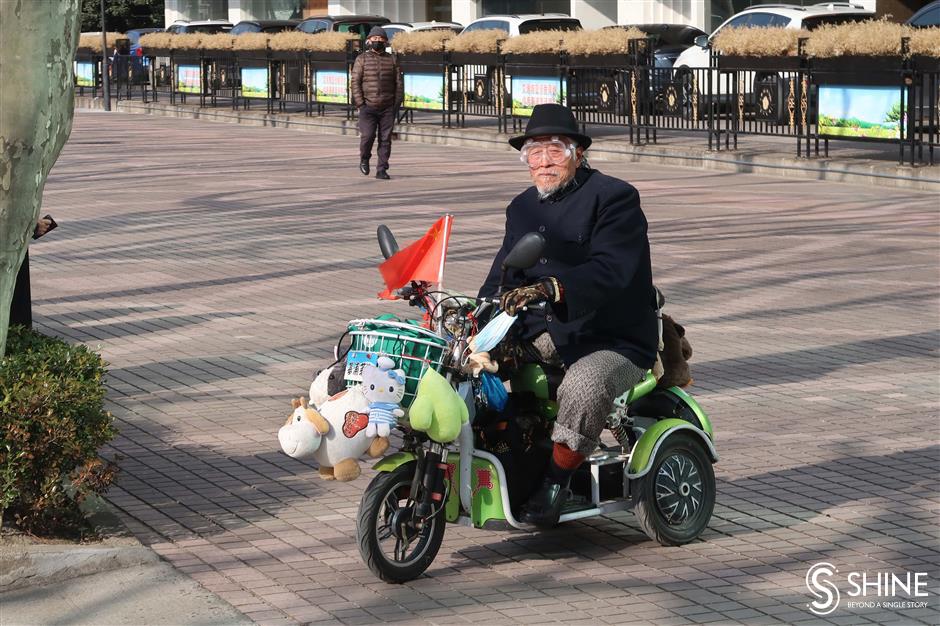 Their pitches were all similar: “No problem. No license plate needed. Police won’t bother you.”

That may have been the case in the past, but no longer.

They are also working with other authorities to crack down on the illegal manufacture, sales and modification of such vehicles.

One repairer of scooters and mini-cars told Shanghai Daily he has temporarily closed his business for mini cars, admitting that such vehicles break down quite often. Most are produced by companies and factories specializing in scooters or electric wheelchairs rather than driving vehicles.

“But seniors love them!” said the repairer. “That’s for sure.”

An 87-year-old man surnamed Chen living in Shanghai’s Yangpu District bought a “happy grandpa” for 3,800 yuan in October at a small shop near his home. He considers it a bargain for trips like taking his wife to hospital about three bus stops away.

Satisfied with his experience, Chen recommended the vehicles to neighbors in his community, convincing many to follow suit. 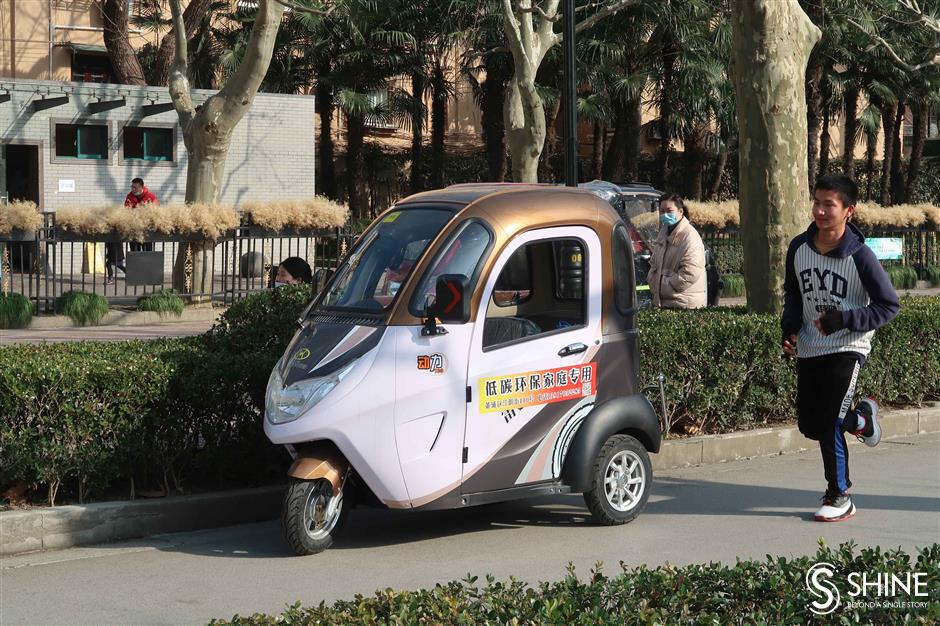 A laotoule, or “elderly walk-substitute vehicle,” in Fuxing Park. This one has a shell that protects from wind and rain.

Legislators at national and local people’s congresses have submitted various proposals in recent years on balancing the transport needs of senior citizens with road safety.

Most recently, Shanghai legislator Zhu Sihuan said the main problem is a lack of manufacturing standards for the “happy grandpas.” She said alternatives should be sought to satisfy the need for safe, convenient elderly transport.

“Cab companies could provide discounts and more convenient ways to call a taxi without needing to use mobile apps that seniors often have trouble using,” Zhu said. “Also, public transportation companies should add more routes convenient for seniors, such as from neighborhoods to nearby hospitals.”

The manufacturing standards that Zhu urged are coming out soon.

Last September, the Ministry of Industry and Information Technology said that a draft of standards has been in the process since September 2019. The consensus between relevant government departments and major manufacturers seems to be for “low-speed designated areas and standards that protect safety.”

Regulations on the sales, taxing and insuring of such vehicles are also underway.