Redefining what it means to be a man in today's China

“Man up!” A Shanghai resident surnamed Chen, now in his 60s, knows all about that term.

As a boy with a “soprano” voice and a diminutive stature, he was ruthlessly ridiculed as a sissy by his middle school classmates in the 1960s. Last year, at a class reunion, he was still the butt of jokes about his effeminate qualities.

“The ‘little girl’ is now a man,” one of his former classmates said, explaining that he thought it would cheer Chen up.

Now a grandfather, Chen often tells his 5-year-old grandson to “man up” to avoid bullying.

“I don’t think I was sissy in my adolescence,” Chen told Shanghai Daily. “It was just the pitch of my voice. But I do think that some boys today are effeminate. They were brought up as single children and coddled. They need to man up.”

Chen said he was surprised recently to see renewed national debate on masculinity and sissies, or niangniangqiang in Chinese.

Indeed, one online “influencer” has been publishing articles stating that he's the so-called niangniangqiang people criticize — denouncing the term and outdated gender stereotypes, and defending the right “not to be like a man.”

The fierce debate online followed a proposal by Si Zefu, a member of the Chinese People’s Consultative Conference. He issued a call to “prevent the feminization of young males” and said lily-livered teenage boys were a “threat to the development and survival of the nation.”

The Ministry of Education responded by pledging to recruit more and better physical education teachers to whip young boys into shape.

Though many people agreed that children — of both sexes — needed more regular exercise, the words “feminization of male youth” stuck in the craw of many.

Many asked why “feminine” had suddenly become such a bad word.

Others agreed that some of today’s boys lack masculinity.

One hashtag on the issue drew more than 1 billion views on Weibo.

Education is not about cultivating ‘men’ or ‘women,’ but more about teaching kids to be proactive and responsible, civilized in spirit and strong in physique. The key is the healthy development of both physical and mental wellness.

One survey done by ifeng.com of about 2 million participants showed that more than half oppose the idea that “boys ought to have the spirit of yang.” Another survey of over 120,000 showed that about half of people consider it necessary to cultivate that spirit as long as it is not framed in wording related to “feminization.” A fourth of poll participants said Si’s concerns were valid.

Then the debate became how to define “the spirit of yang.”

State broadcaster China Central Television weighed in on Weibo, stating that “it is a beauty for men to show ‘the spirit of yang’ in presence, spirit and physique, but it shouldn’t be simplified to mean ‘muscular behavior’.”

It added: “Education is not about cultivating ‘men’ or ‘women,’ but more about teaching kids to be proactive and responsible, civilized in spirit and strong in physique. The key is the healthy development of both physical and mental wellness.”

Shen Yifei, an associated professor in sociology at Fudan University, wrote in a recent column on the topic.

“Many people think of effeminate men as weak with small statures,” she commented. “But it’s not their fault. It’s in the genes. What’s bad about that?”

She went on to write that it’s important for men to be able to express their emotions, even to cry.

At the same time, today’s women no longer need to adhere to the gender stereotype of caretakers and keepers of the hearth. 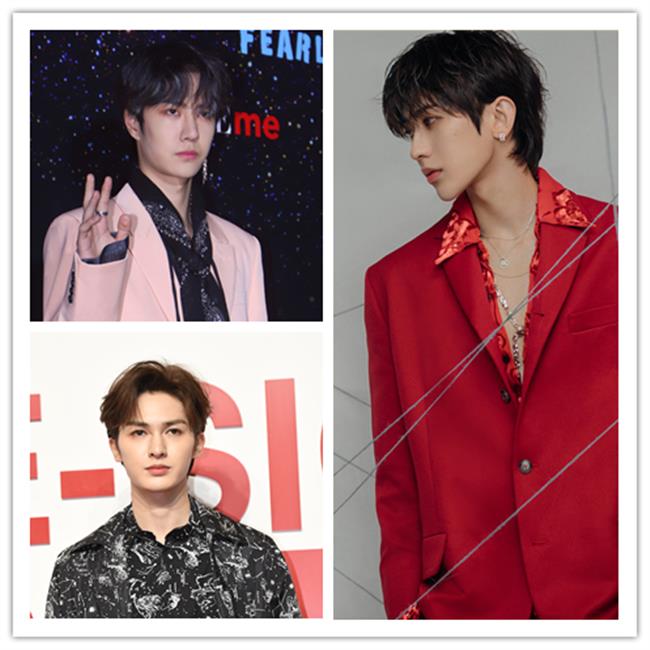 This isn’t the first time that gender norms have bubbled to the surface of national debate.

In an article entitled “Respect for Diversified Aesthetics, Build Sunshine Spirit,” the publication said diversified aesthetics are the side product of a safe, stable and prosperous society. It argued that well-to-do society should cultivate a civilization based on understanding, respect and inclusiveness. Instead of calling for masculinity, it called for an upbeat and healthy “sunshine spirit” for all genders.

Even earlier debates on the subject can be traced back to the 1970s and 80s, when Japanese superstar Ken Takakura became a national idol in China for his brooding style and stoic presence. He became the symbol of manliness.

In the 1990s, such “creamy boys” started to fill movie screens, though they fell short of Generation Z’s “little fresh meat.”

Muscular Wu Jing who is famous for his war action film "Wolf Warrior” is seen as a "manly" actor.

In the first decade of the 2000s, audiences again embraced “manly” actors like Zhang Hanyu and Wu Jing — tanned men with well-built muscles who played fighters or soldiers.

“Many people just naturally equate masculinity with the male hormone, but I don’t agree,” said 25-year-old Yang Jia, a native of Shanghai who works in the makeup industry, which is often considered a “feminine” job.

He works with photography studios, helping people project the image they want in photos. Male customers often ask Yang to use makeup and shadow effects to fake or highlight muscles. Others want to look “civilized and metrosexual.”

“Shanghai men are often considered by others in China to be less masculine,” Yang said. “We cook at home and we are often deferential to girlfriends or wives. I check all the boxes on that list, and I’m proud of it.”

Yang has four ear piercings, shapes his eyebrows, polishes his nails and still considers himself masculine. Some friends, both men and women, tease him about being a sissy. Others consider him “metrosexual,” a term coined in 1994 to describe men who are meticulous about grooming and appearance.

“It’s not in the appearance or behavior,” Yang argued. “We are more inclusive and diverse, compared with older generations. There are traditional gender norms, but there is also traditional Chinese culture that advocates a balance of yin and yang. I interpret that to mean you are a better man with some female characteristics.”

Referring to China’s legendary woman warrior, he added, “Think of Mulan. We all love her, don’t we?”