Striking out boldly, the hearing-impaired emerge from a silent world 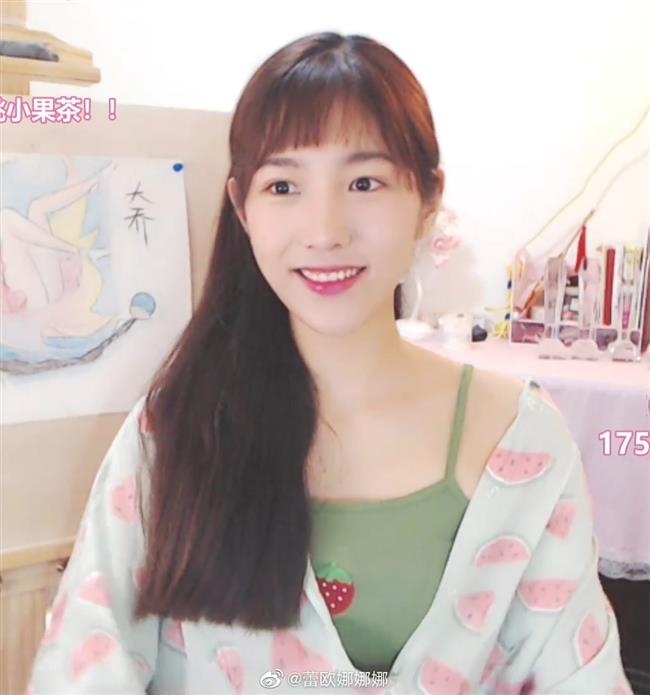 Leona Fu does livestreaming with a cellphone fixed horizontally on a holder.

On a livestreaming site, Leona Fu chats about her life with more than 120,000 online followers, reminding them that the handicapped have capabilities beyond what most people think.

She knows something about that. Fu has been hearing-impaired from near birth.

On a recent cold afternoon, she sits under the sunshade of a cafe in Shanghai's Xintiandi, talking into her cellphone. Although her diction sounds a bit like a beginner learning Mandarin, she speaks confidently with no hesitation.

On the livestreaming platform Douyu, she holds her own among users. But that online persona has involved a lot of effort off-screen.

"I want to be an actress," she tells Shanghai Daily. "I was invited to join the filming of a short video after the Chinese Lunar New Year, and I think it will be a good opportunity for me."

Born in the 1990s, she describes herself as "forever 18," always full of vigor in front of the camera.

Fu lost her hearing after suffering a fever when she was 1 year old. Her mother refused to admit that her daughter was different from other children and enrolled her in an ordinary kindergarten. 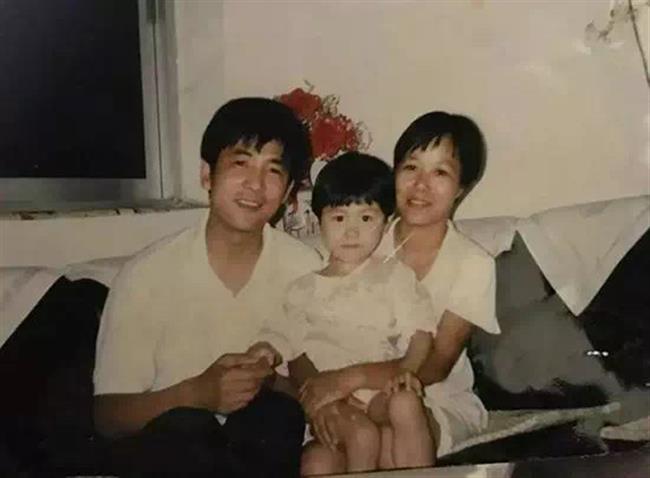 The family of Leona Fu

However, when her young classmates were telling stories about their lives, all Fu could respond with was "ah."

"It made me feel like I was living in a silent world, and the only thing I could do was to keep laughing in a stupid way," she says.

Although she had learned sign language, she was finally enrolled in a special education school to help her speak.

"I had to put one hand on my throat and the other on my teacher's throat to feel how speaking works," says Fu. "A normal child learns pinyin — the official romanization for Mandarin — very quickly, but for me, it was like threading a needle. Even if I practiced constantly every day, I couldn't pronounce words correctly. I felt like I was a robot.”

Gradually, Fu mastered simple sentences like, "Sorry, I can't understand you" and "I beg your pardon."

But whenever she was seized by anxiety, she reverted to sign language. Her mother discouraged that and kept prodding her to practice speaking. By age 16, those efforts were paying off.

"I was isolated and always doing things alone,” she explains. “I was afraid of chatting with others and often closeted myself in a room, watching television or movies. The actors and actresses I saw appealed to me because they talk and express themselves.”

She adds, "I realized that without learning how to speak well, I could never achieve my dream of becoming a performer.”

She signed up for acting classes in 2015 and had the chance to perform in several plays. She also won a prize in the China leg of an international beauty pageant for the deaf.

In 2017, Fu was attracted to the burgeoning trend of livestreaming. A month after she started appearing on Douyu, she had attracted nearly 10,000 followers.

Her livestreaming features jokes, songs and sometimes tongue twisters. She shows viewers some sign language and performs what she calls a "sign language dance."

Not all viewers are sympathetic. Some have questioned the authenticity of her hearing problem and even suggested that she is a man in women’s clothing.

"At that time, I didn't know how to face these danmu, or “short, live comments,” and give proper responses,” she says of the hurtful posts. "So, I suspended my livestreaming in 2018 and 2019 because I wanted more time to learn and practice, and improve my ability and psychological well-being. When I resumed livestreaming in January last year, I felt that I did much better." 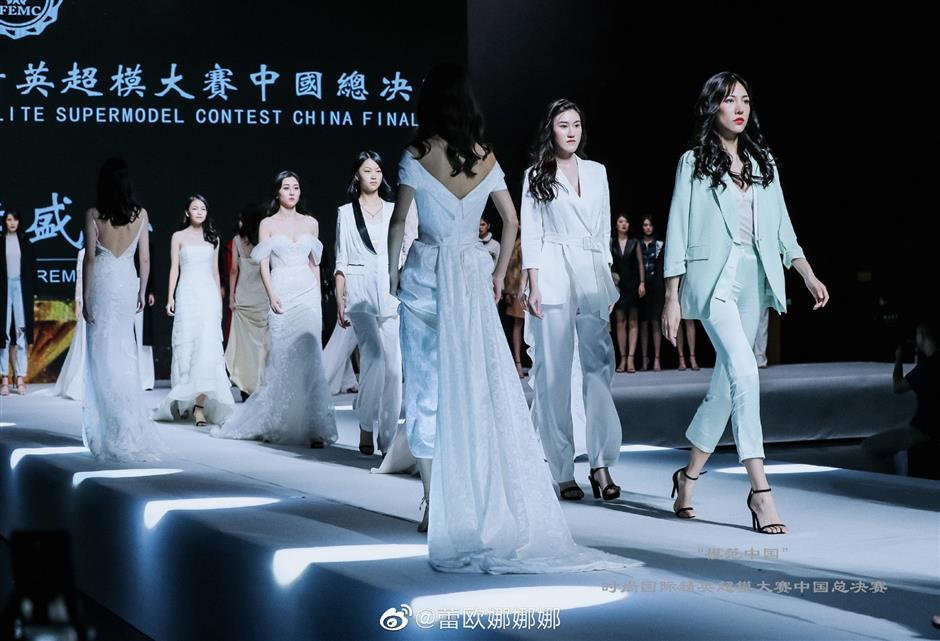 Leona Fu (front) attends the China event of an international super model contest, where she was runner-up in the final.

Nowadays, Fu spends about eight hours a day livestreaming across a multitude of topics.

"Many viewers have become my friends,” she says. "We sometimes go to karaoke bars — places I seldom visited when I was younger — and sing together. Now I am really happy."

Some of her loyal followers are hearing-impaired themselves or have family members who are. Fu encourages them to speak.

"I have participated in charity events where I tell my story to the hearing-impaired,” she says. “I encourage them to never feel self-conscious or reluctant to communicate with others. They need to know that if they are happy and optimistic, people will accept them.”

Fu adds, “I feel that I have a mission to be a bridge between the world of sound and the world of silence. I hope to help both worlds understand each other.” 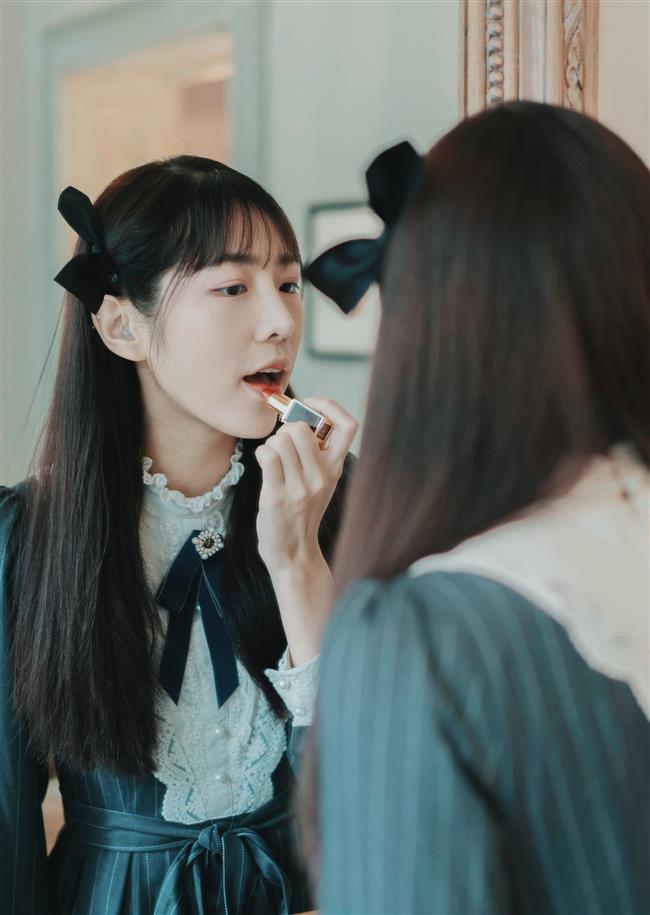 China has more than 20 million hearing-impaired people. They are usually ignored in the popular online trend of “shoppertainment,” whereby celebrities hawk merchandise via livestream platforms.

Hangzhou, the capital of Zhejiang Province, is the first city in China to introduce "silent livestreamers."

Deaf-mute livestreamer Ziwei, 25, uses sign language to promote merchandise online. She used her platform to explain goods to the hearing-impaired, as well as vital information on how to exchange and return purchases.

A native of Xi'an in Shaanxi Province, she began her specialized livestreaming broadcasts in June 2019. She is also involved in a charity e-commerce program for the disabled.

Her online streaming is widely lauded by her target audience. Deaf-mute Zhang Zengfeng is one among them who has bought snacks sold on Ziwei's livestreaming.

"Since I couldn't hear what livestreamers said, I never watched livestreaming," said Zhang. "But then Ziwei came along. Her presence opens a new world for us.”