President Xi Jinping has urged everyone to follow their hearts rather than chase money or position. This series introduces Shanghai residents who pour their hearts and souls into their chosen work, whether they are designing rockets, practicing medicine or caring for the less fortunate. 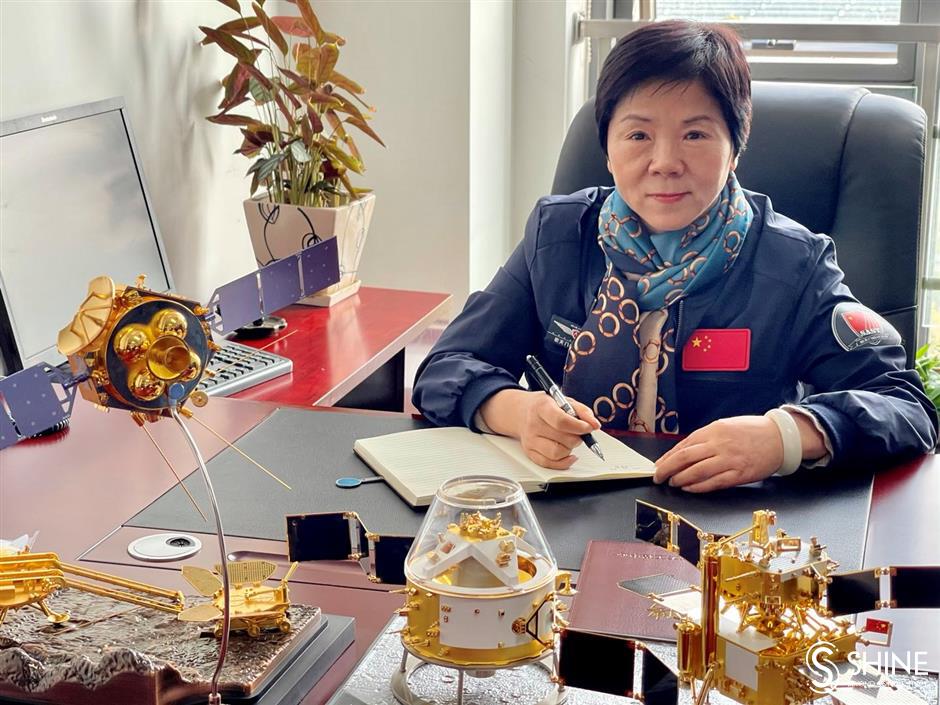 Zhang Yuhua working in her office at Shanghai Academy of Spaceflight Technology.

Zhang Yuhua has been party to China’s major aerospace milestones for the last three decades, from the first manned space flight to probes to the moon and Mars.

She now serves as the deputy chief commander of the Chang’e-5 and Tianwan-1 space missions.

Chang'e-5 has brought back the world’s first lunar samples in 44 years, while the Mars probe Tianwen-1 is now orbiting the red planet and will make a landing in May or June.

Her career at the Shanghai Academy of Spaceflight Technology, a member of the China Aerospace Science and Technology Corp, spans China’s space program, starting from nothing to visiting a planet over 400 million kilometers from Earth.

“I used to admire athletes who won competitions and waved their national flags proudly,” Zhang said. “My career has allowed me to help take China’s national flag to the moon and possibly now even farther.”

She said she has never regretted a career choice made 31 years ago.

“It’s the right path for me and I walk it bravely,” she said.

Zhang, 53, was born during the Mid-Autumn Festival in the city of Huzhou in neighboring Zhejiang Province. Her original name was Qiuyue, or Autumn Moon, which she reckons was her sign of destiny.

Zhang grew up in a poor village that had only one television for the whole community to share. Larger-than-life figures on TV and in textbooks implanted a hero complex in her mind.

She chose to study at the National University of Defense Technology in Hunan Province. The school not only provided a full scholarship and relatively low cost of living, but it offered her a path to achieve her aspirations of becoming a scientist.

After graduation in 1990, she was assigned to work at the Shanghai Academy of Spaceflight Technology, just when China’s manned, lunar and Mars space missions were beginning.

“I was lucky to get in on the ground floor of China’s aerospace industry,” she said. 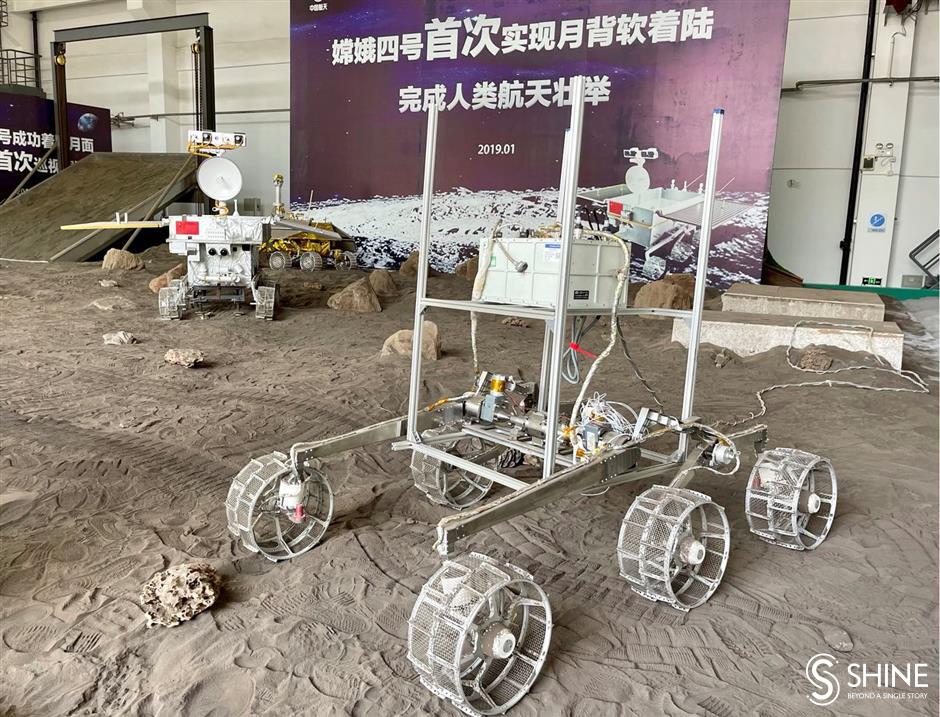 Prototypes of moon rovers are tested on simulated lunar surface.

In the beginning there was disappointment. Two institutes at the academy refused to let her work there out of fear that a female graduate student wouldn’t be able to cope with pressure. The rejections only steeled her resolve.

Zhang is now the first female commander at the academy, and she proudly notes there are women working in design and research under her.

“Scientific research requires high intelligence and emotional cool rather than physical strength,” Zhang said. “Women have those qualities just as much as men do.”

Starting out as a young designer, she was quickly promoted to an engineer, then researcher, then chief designer and finally commander. She and her team spent 17 years on the Shenzhou 1-7 manned spacecraft missions and 13 years on Chang’e missions.

Zhang has won multiple national awards for female professionals, such as the “Advanced Female Employee” in 2004, “Red Flag holder” in 2014 and the “May 1 Labor Medal” in 2019.

“I am mainly inspired by the trust from both my superiors and subordinates,” she said. “Accomplishing missions one after another has come naturally to me.”

Space exploration always suffers setbacks, which can be demoralizing. In the US space program, there were catastrophes such as the explosions of the US spaceship Challenger in 1986 and the Columbia in 2003.

Zhang encountered her biggest setback in 2014, when the six-wheeled moon rover called Yutu-1, or Jade Rabbit, designed by her team, malfunctioned on its second lunar day. She suffered insomnia for three days and cried alone in her room, she said.

But Zhang’s resilience won out, and she quickly pulled herself together to work on designs for the next-generation rover, the Yutu-2.

The academy “built” a site with volcanic ash collected from Changbai Mountain in northeastern China to simulate the lunar surface for more accurate experimentation. Overhead cables hung prototypes of the Yutu-2 to duplicate the gravity on the moon, which is about one-sixth of that on earth.

The lander and rover of the Chang'e-4 probe recently chalked up a 27th lunar day of working on the far side of the moon. Yutu-2 has journeyed 652.6 meters on lunar surface, the first mission in the world to land on that side of the moon.

Zhang is called “Chief Hua” or “Sister Hua” by colleagues at the academy.

Tang Jie, the quality supervisor of Chang’e-5 orbiter and one of the women on Zhang’s team, said her leader is always approachable and empathetic. She looks out after the interests of pregnant staffers and talks with those suffering periodic low points, Tang said.

During the days preceding the launch of Tianwen-1 from Hainan Province, she led young scientists on a three-kilometer hike every morning to keep them fit and high-spirited. The walks were taken even during sultry weather on the tropical island province.

“Under her leadership, we have full confidence that the Tianwen mission will achieve final success,” Chu said.

“The best way to lead the team is to set myself as an example,” Zhang said. “It is my duty to make everyone happy and working proficiently.”

However, Zhang’s dedication to work has come at the expense of family time. It helps that her husband is also a scientist at the academy, but their daughter suffered from busy parents.

Zhang does rue the lack of time she spent with her daughter, now 29, during her childhood. The couple sent their daughter to a nursery operated by the academy when she was only three months old. Her daughter also had to take two buses alone every morning to attend elementary school.

“I think she understands how difficult it was to balance job and family,” said Zhang, who spent Spring Festival this year at the command center for the Tianwen mission in Beijing instead of at a traditional family reunion.

“Young people proved themselves during the COVID-19 pandemic,” Zhang said. “We elders must guide them to the right values and to the merits of contributing to the nation.”

She recently attended the Weibo Awards Ceremony as a wanghong, or “Internet celebrity” on the popular Chinese social media platform, joining pop stars and actors. Reports about the Chang’e-5 mission were viewed three billion times on Weibo in 2020, producing 400,000 comments.

Looking ahead, Zhang said there are no limits to space exploration. She looks at Mars and the moon some nights and dreams of voyages beyond.

“The need to explore space is instinctive in humans,” she said. “My part in that is nearing its end, but younger colleagues will carry the dream further.” 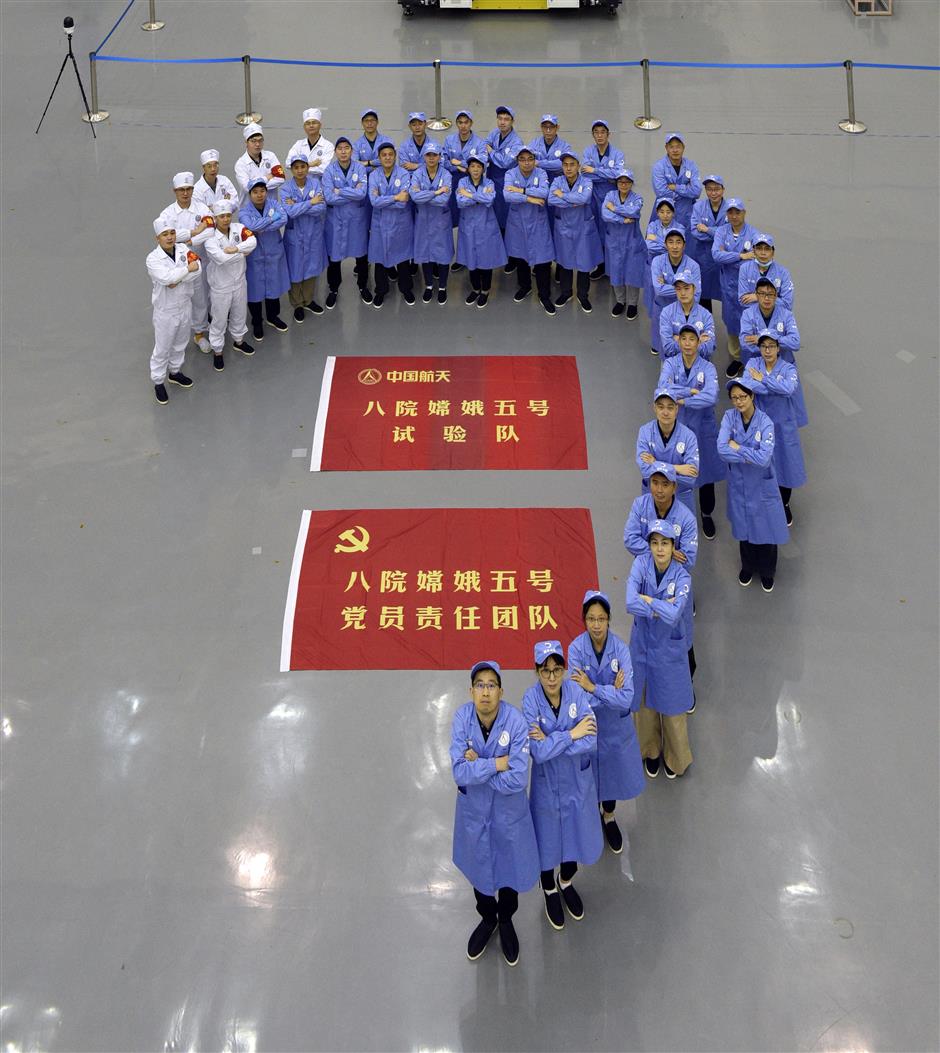