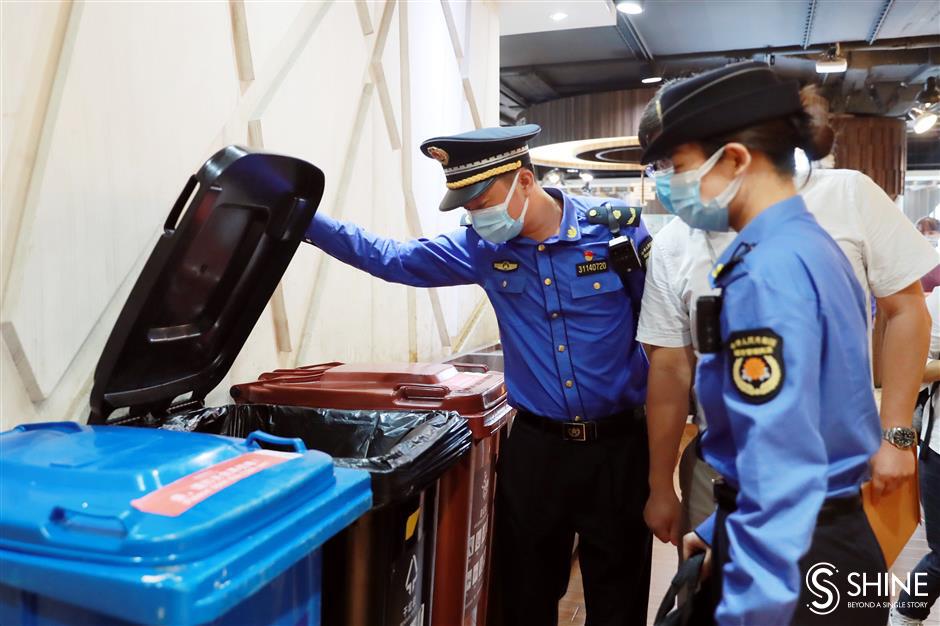 About 100 trash bins for the disposal of waste facial masks will be set up at the National Exhibition and Convention Center (Shanghai) for the upcoming 4th China International Import Expo.

Also, there will be 147 5G intelligent garbage bins, currently being trialled, which will improve the efficiency of trash handling at the center.

Details will be revealed when the trials are done, the center operator said.

Shanghai's urban management and law enforcement authorities have fully prepared for the event.

Inspections were conducted by officials at the center, which will host the event from November 5 to 10.

"There will be volunteers and staffers at each garbage disposal spot helping attendees with correct sorting," said Liang Haining, head of the environment service department of National Exhibition and Convention Center (Shanghai) Co Ltd.

A 15-person team has been established to sort recyclable waste at the center.

There is also a transit garbage station for trash produced at the center to be cleared away for further treatment. Secondary trash sorting will be imposed to ensure sorting accuracy. 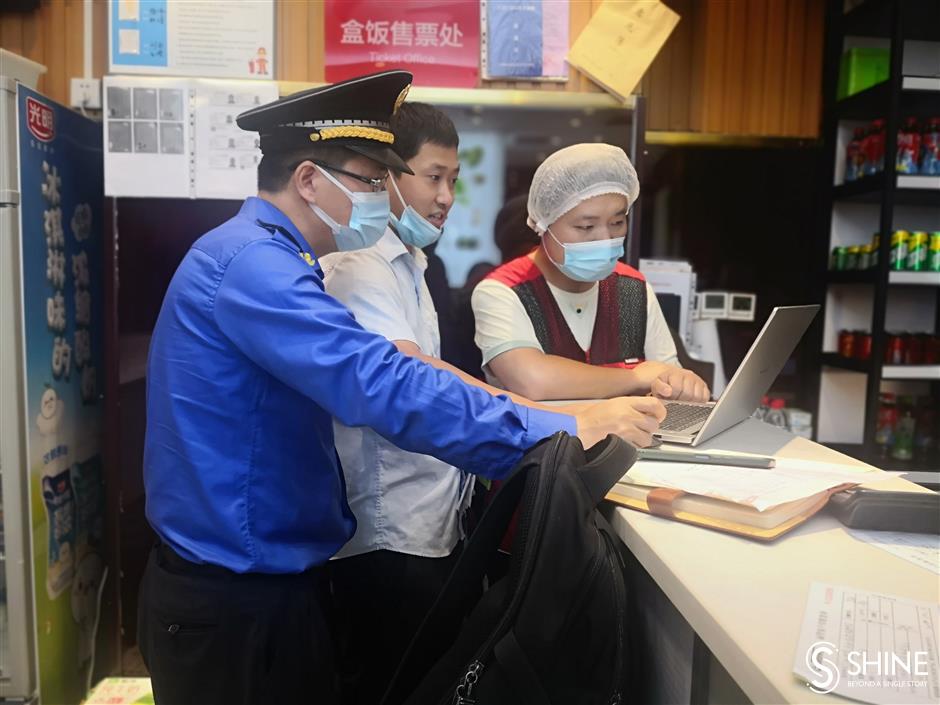 An official checks trash records at a restaurant inside the National Exhibition and Convention Center (Shanghai).

"A closed-loop garbage management system is being implemented at the center to ensure that trash is handled properly," said Liang.

In total, there will be 60 catering businesses in operation at the center.

"It is not an easy task to ensure that all attendees abide by Shanghai's trash-sorting regulations because many come from other places, and the standards on garbage sorting vary in different cities," said Ding.

"Some are not aware of garbage sorting and we have stepped up promotion of the city's trash-sorting regulations."