At the table of Shanghai Daily's "iDEAL Dining 2021: The Field of Hope" event, eight guests from different walks of life shared their experiences related to the countryside and raved about the fast development happening there. They told Shanghai Daily about their ideal country life, shared their stories related to the countryside and offered suggestions on rural revitalization. 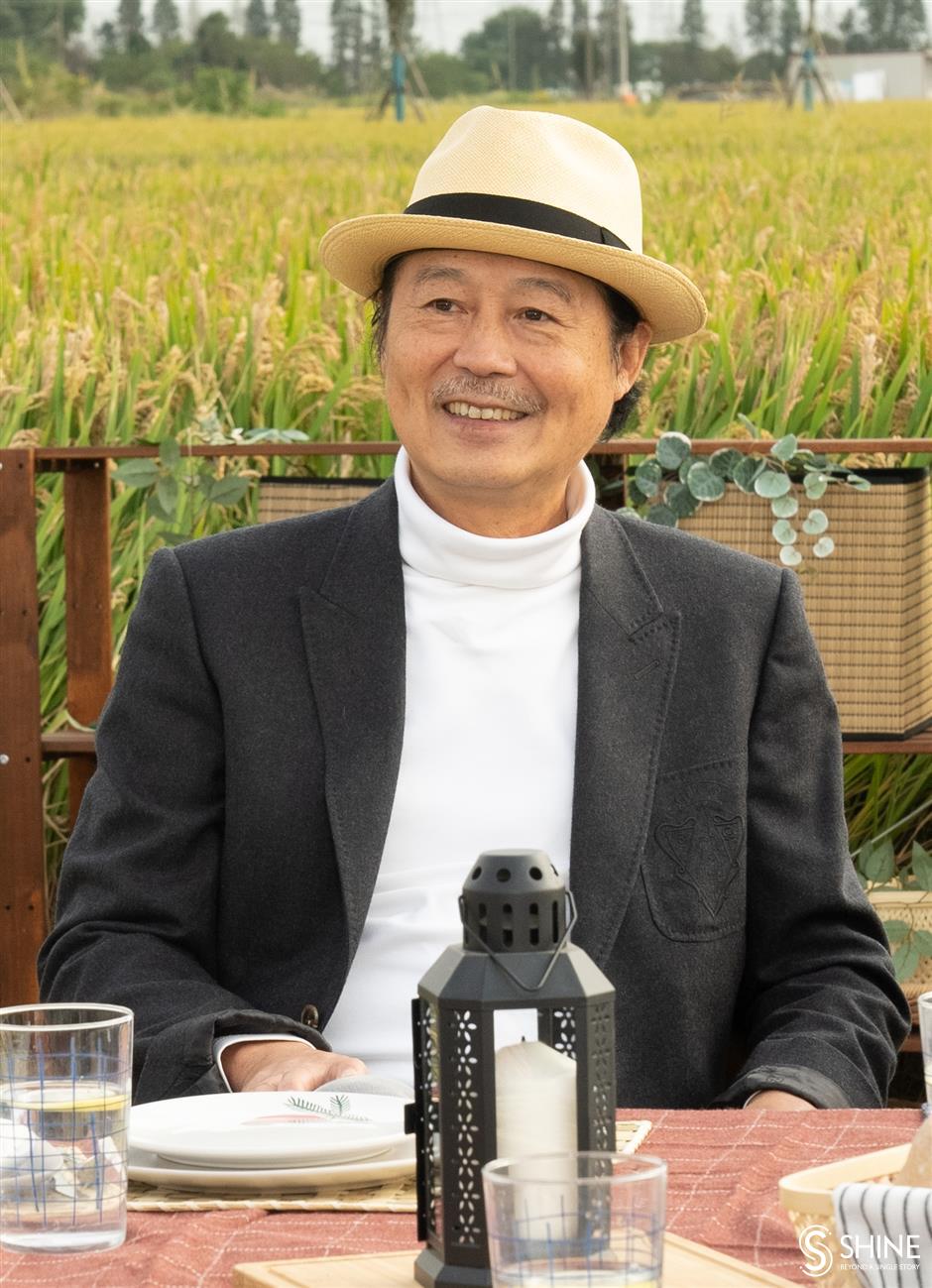 Deke Erh, a well-known Chinese photographer and publisher based in Shanghai, said he spent most of his time in the countryside over the past several decades.

"I interviewed people all over the country. For instance, in the 1980s, I took pictures of Chinese folk arts and went to the countryside in different provinces and regions. And I'm more familiar with the Jiangnan area, the region south of the Yangtze River. In the early stages of my career, I took photos of old Jiangnan towns and did work in more than 50 towns and rural areas," said Erh.

For Erh, Jiangnan is mostly an ideal place for living. "It has a nice climate and rich water resources. Many animals, like birds, adopt it as their habitat."

He moved to Qingpu about three decades ago, and at that time, there were mainly vegetable plots and farmland around his house. "Increasing urbanization has occupied a great deal of rural land, so maintaining the original look of rural and suburban areas becomes much more important."

In 2010, he published a book titled "Oral History: Deke Erh and 108 Tea Drinkers in Zhujiajiao" and opened a tea house there. These tea drinkers were from all walks of life and restored a real rural life from Qingpu's past.

"As a metropolis, Shanghai attracts people from all around China, some of whom grew up in the countryside. They see that villages in Shanghai are becoming more beautiful and charming, which can make them feel closer to their hometown," said he.

He thinks rural life is not so far from the city. People from urban areas can drive to rural areas like Qingpu at weekend, trying local food, staying at a bed-and-breakfast or camping to enjoy life here. 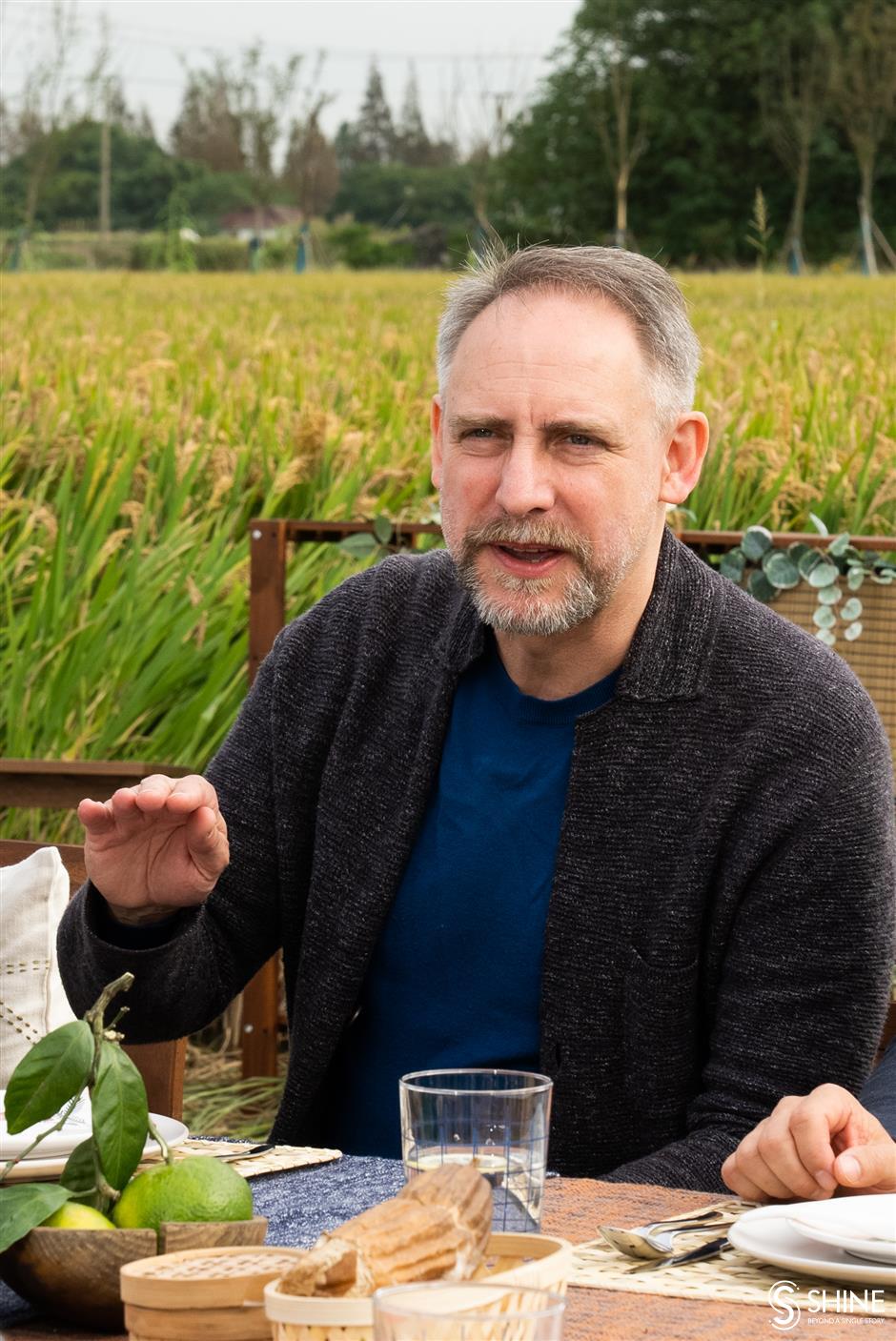 Eric Baden, chief executive of Coffee Commune who visited Qingpu a few years ago, found that it has changed a lot. At that time, the area looked very different. "It was very simple. The houses were not in the same condition as they are now."

But it's now still very quiet compared with the city, he said.

He thinks it's really important for the government to develop suburban areas and do things like improving water quality and the environment. "China has developed so much, so fast, and of course the fast development in particular always comes at a cost. Like everywhere else in the world, when there is progress, there's also a downside. So the environment has suffered quite a lot. We all know that there's been a lot of damage with the very fast development of industry."

"So I think it's a necessary thing to use that wealth that has been created and the ability that we have to clean it up and to make the environment not only beautiful but also safe and enjoyable." 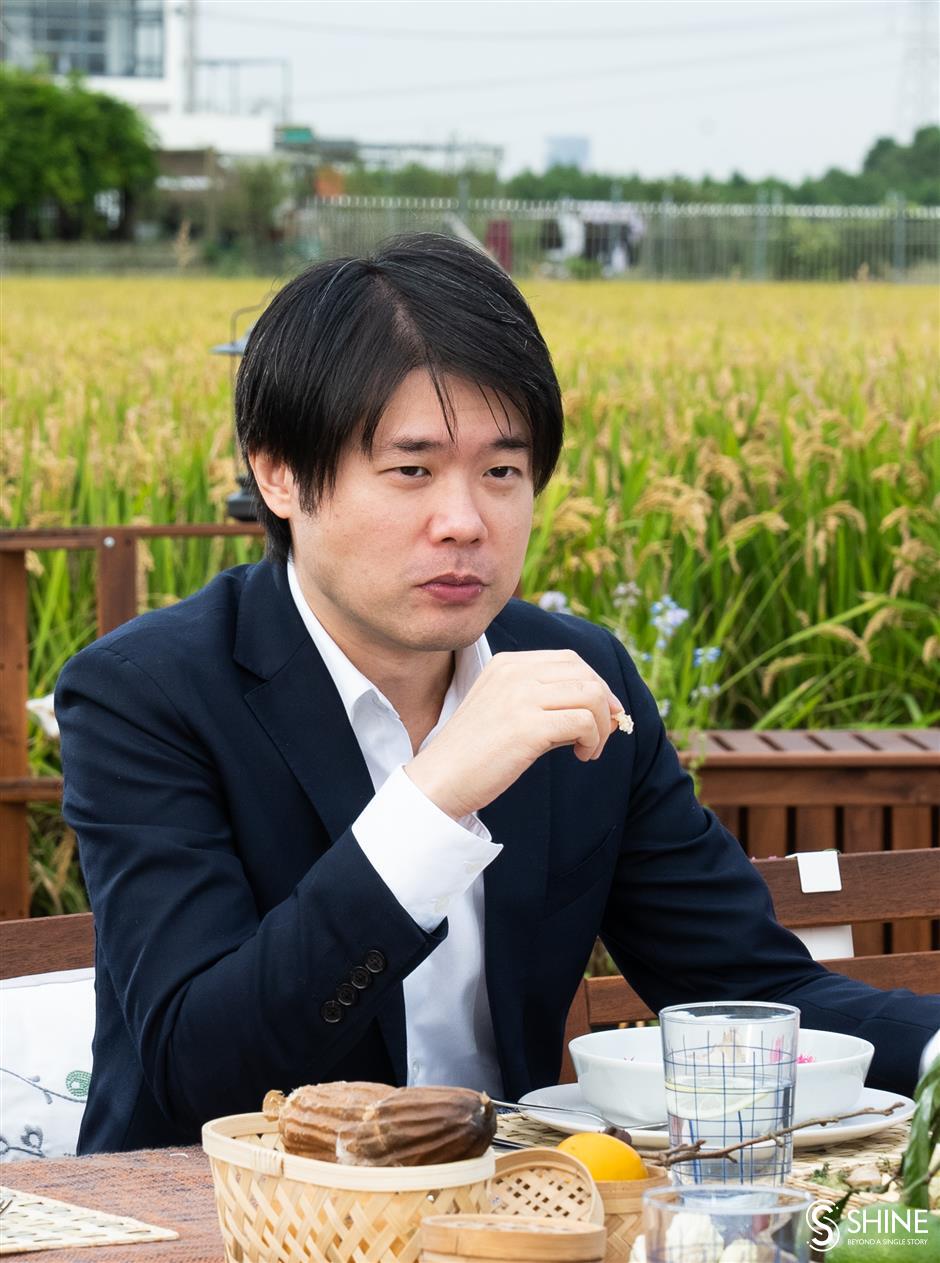 For famous violinist Huang Mengla, his ideal country life is having land, building a Hui-style house, raising fish and growing flowers. "The difference between rural and urban life is that in the countryside, we can have the whole blue sky as well as freedom."

According to Huang, many classical music pieces are related to country life, such as Vivaldi's "The Four Seasons" and Chinese composer Chen Gang's "Morning in Miao Village."

"Most of my understanding toward the countryside in music comes from information on media platforms, on television or in books. So I'm honored to come and enjoy the country life and the local food. And I hope this experience can inspire me and give me new ideas."

He believes that rural revitalization will advance step by step and that the pursuit of art and culture is deeply entrenched in everyone's mind. "When material life is improved to a degree, people will seek out art. Revitalization is like 'applying fertilizer' to people's minds and facilitates cultural development." 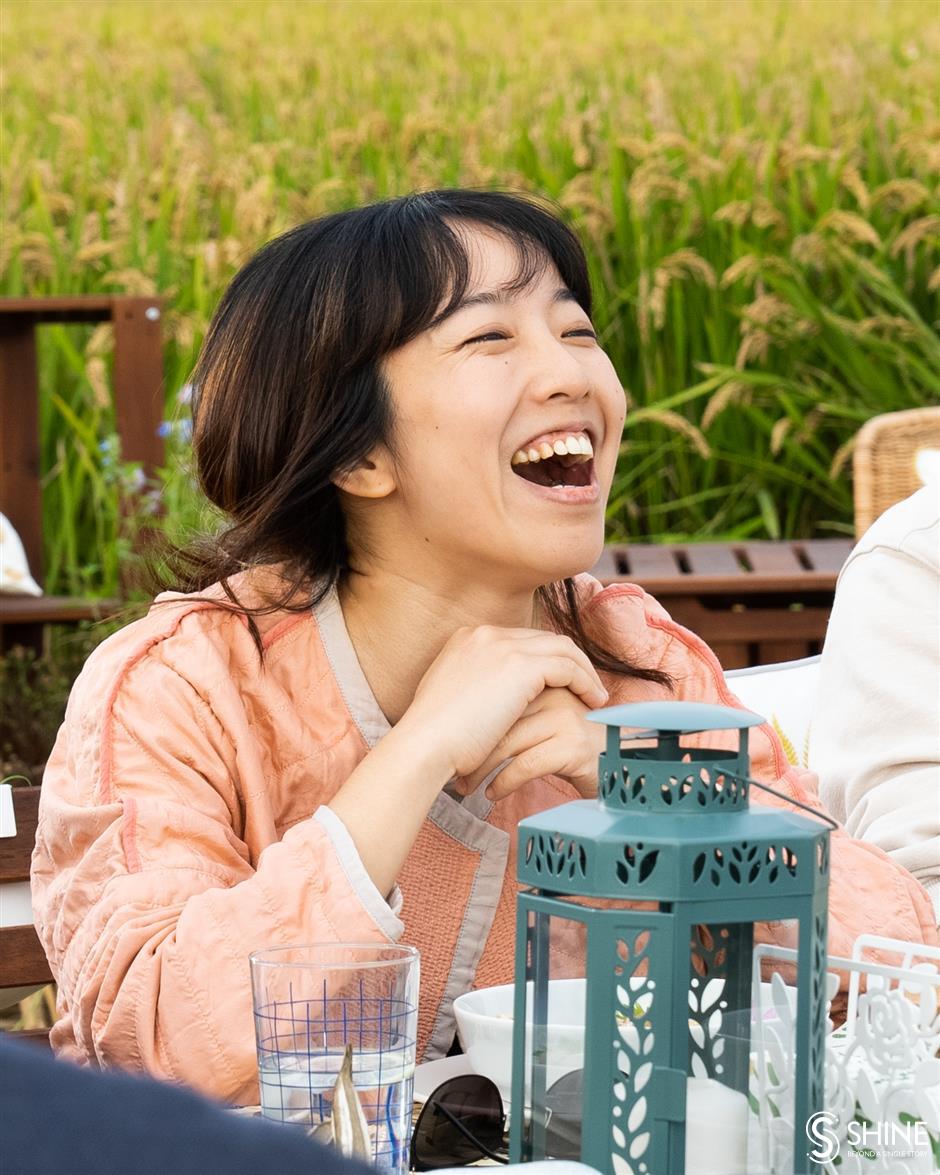 Sculptor Yu Ji, who lives in the countryside, said it's easy to get fresh ingredients here but there are not many excellent restaurants. "So I'm looking forward to seeing the combination of good ingredients and a good chef."

Yu said she moved to a coastal area in southern Shanghai's Fengxian District when the coronavirus pandemic started. "Now I'm away from the social life and back in nature. My work is closely connected with the ecology and natural elements, so country life provided me with new styles of life and work and influence on my creations." 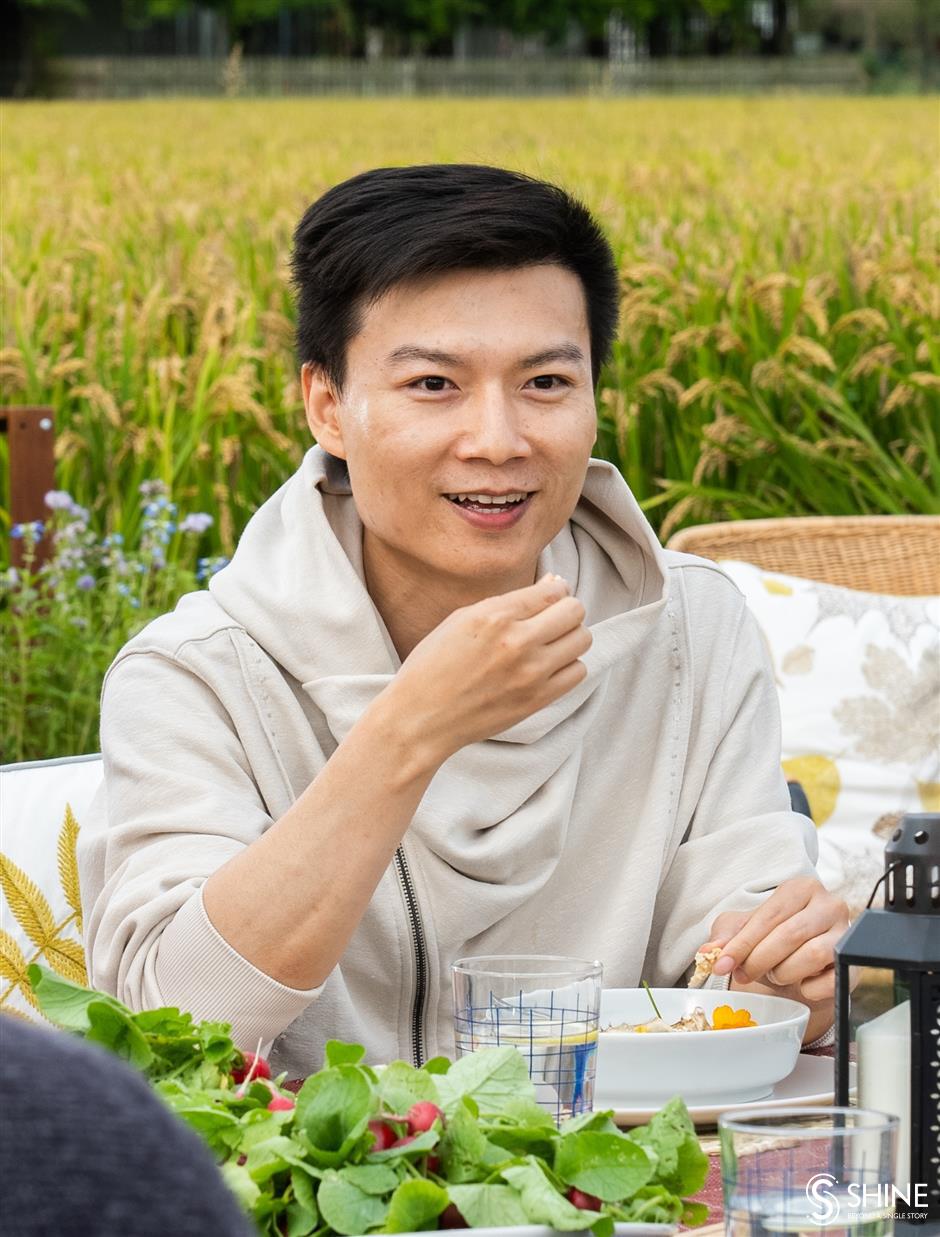 Science-fiction writer Chen Qiufan said he was born in the city but enjoys country life. "Every year I spend lots of time wandering in rural areas. This year I went to the countryside in Yunnan three times and Guizhou twice as well as places surrounding Shanghai, like Zhoushan (in Zhejiang Province)."

His ideal country life is being very close to nature. "When I go out, I can see the rice fields. I can hike, see the beauty of rivers, and meet cute animals. I can coexist with natural things," Chen told Shanghai Daily. "I can get along well with neighbors, do farming work, and share joyful things with them. And rural life can also be modernized with new energy sources, the Internet, and convenient transport."

Chen thinks science and technology are really important to the establishment of a modern countryside lifestyle.

"With science and technology, farmers can live an easier life and agricultural products can be delivered to other places for sale. Villagers must learn what is happening in the outside world, otherwise the information gap will impact the young generation. So in my opinion, science and technology can ensure the villagers live in a fair and balanced scientific environment and develop equally, and I'd like to help them with that." Peking Opera artist Shi Yihong thinks that the quiet and peaceful country life is what those living in the urban areas yearn for. "It's like an otherworldly place."

She mentioned that many traditional opera works are based on rural life. "In the piece titled 'Picking Jade Bracelets,' we perform needlework, which is seldom seen in modern life, and feeding chickens."

So the performers need to be familiar with these rural scenes so they can portray it precisely on stage.

She said she is willing to bring the art and knowledge of Peking Opera to rural areas as a contribution to rural revitalization. 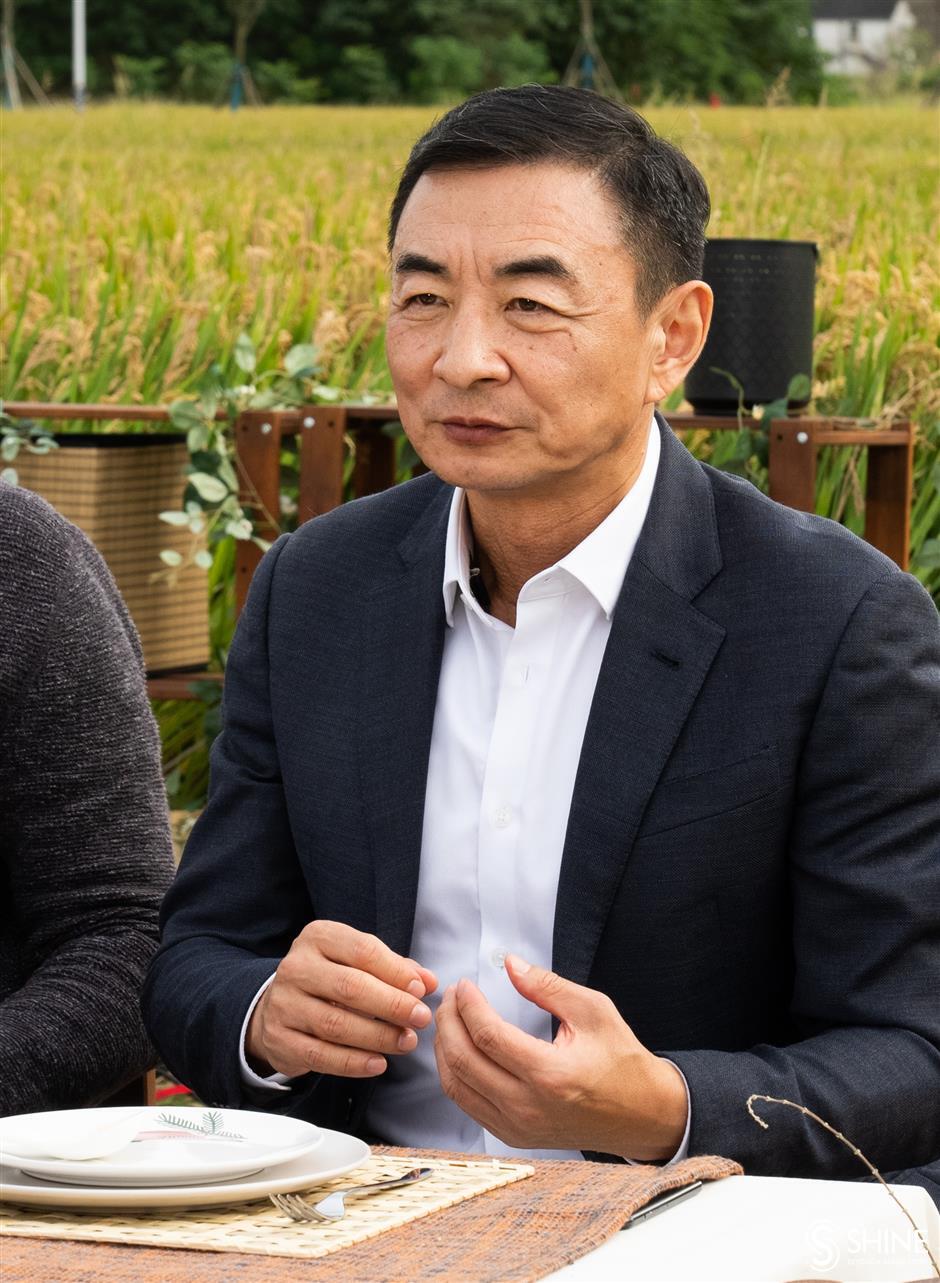 Zha Sheng, general manager in China of Vorwerk, a distribution company headquartered in Germany, said his ideal country life is combining the peace in the countryside with the pace of urban life. "You work hard and have your own business to build. Meanwhile, you can return to rural areas at any time to think about what you will do for your enterprise and society."

He said Vorwerk entered Qingpu in 1996 and has three branches in the district. "At the very beginning, many of our workers were farmers. The company not only brought advanced technology here but also improved farmers' lives."

They were loyal to the enterprise and treated the products they made as their own children.

Now the company attracts professionals from other districts of Shanghai as well as the entire Yangtze River Delta, he added. Xu Fengying, a 75-year-old painter in Qingpu, learned oil painting when she was already 70. She depicts rural scenes with her brushes and wants to show what the countryside looks like to younger generations.

"I paint things that catch my eyes, the blue sky, the rice fields, the birds, chickens and vegetables," she said. "I'm now working on a painting of an okra field."