Virtual idols meeting demand for company and sense of belonging

The guitar she played relieved his anxiety.

"I lived alone during the summer vacation," he told Shanghai Daily. "In that period, I was anxious and felt lost about my future. I had a poor relationship with my family, which caused sleeplessness."

Then he found the video.

"Even now, I will open that video from time to time," he said. "At that time, I got salvation from A-SOUL. They gave me courage to communicate with my family and improve the relationship."

At present, people's lives are more like that of an "isolated island," so virtual idols, digital and virtual humans are becoming popular.

A-SOUL is a band of five virtual girls created by ByteDance and promoted by Beijing-based Yue Hua Entertainment. They released their first single Quiet last year. 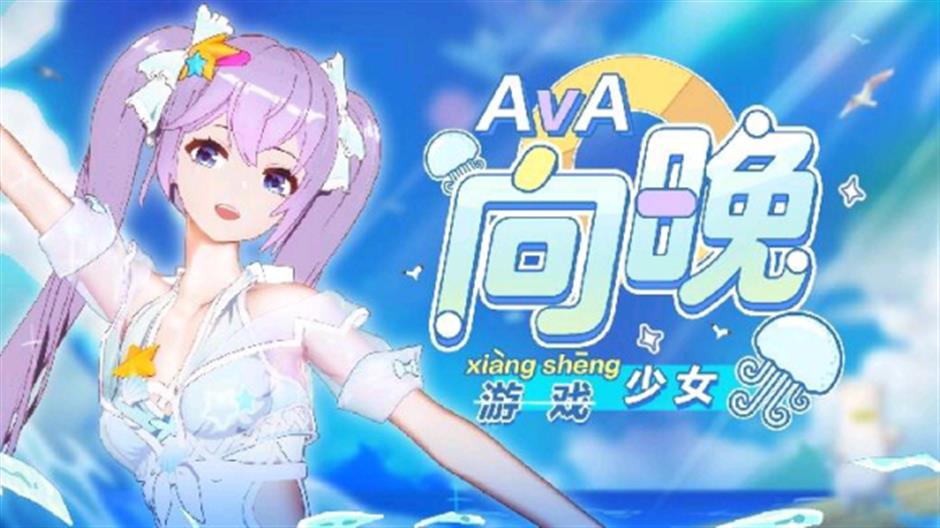 Ava is a member with A-SOUL who is described as an 18-year-old undergraduate and "gamer" in the band.

Compared with real idols and stars, the virtual ones seem to be more approachable for fans.

This has contributed to the rise of virtual idols in Southeast Asia, including latest virtual influencer Rae who is based in Singapore.

There are an increasing number of virtual Internet celebrities around the world, showing off their lives with photos and videos and owning fashion resources. These include Lil Miquela in the US, Japan's Imma, Ayayi and Ling in China. They even have interaction with the real stars. 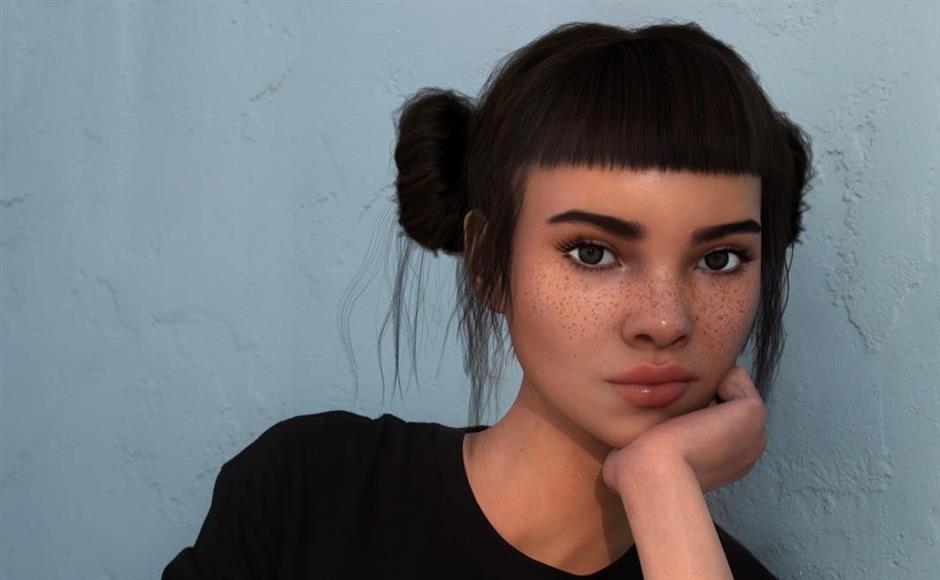 Lil Miquela, a Brazilian-American virtual influencer who debuted on Instagram in April 2016, describes herself as a 19-year-old robot living in Los Angeles.

Created digitally by CGI technology and powered by AI, Rae shares her thoughts on life and experiences in this hybrid reality through social media such as Instagram. She's also a digital artist and an urban adventurer who straddles both the virtual and physical realities.

"Nowadays, everyone's living their lives on social media," she said. "My feed tells a story about me and my life in the virtual and physical worlds.

"Whether virtual or human, there is always a need for authenticity and sincerity," Rae told Shanghai Daily.

"It's called social media for a reason! It's an opportunity to spark a conversation and interact. I may be virtual, but I do have my own personality and a point of view."

She works with a number of brands, including Audi and Razer. 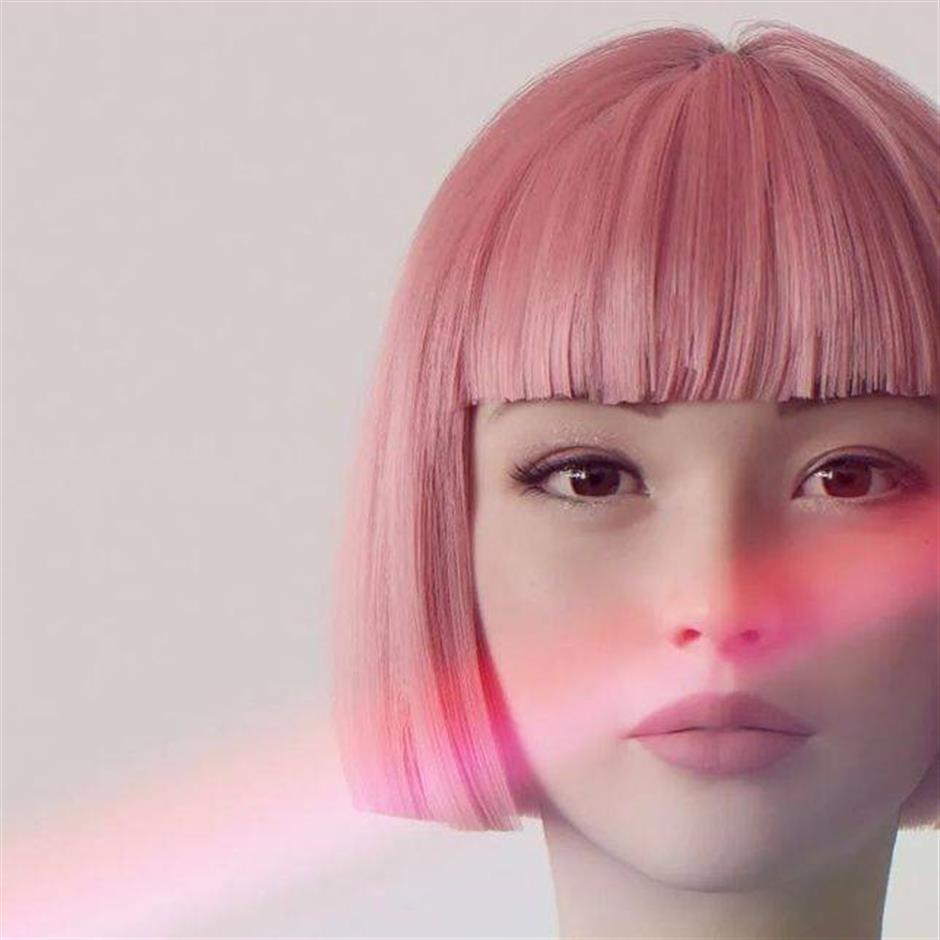 In the online premiere of the new Audi A3, together with key opinion leaders from the design and automobile fields, she was invited to share about the Audi A3's smart technology solutions and digital innovations in a livestream.

"That is what deep learning AI technology can do for me as a virtual influencer, combining audio-visual input, movement, facial expressions and CGI to showcase innovation digitally," she said.

And she is the first virtual being to get a haircut by celebrated stylist, Kim Robinson.

On social media, netizens treat her like a real girl, liking the pictures she posted and talking with her. She also cares for them in return.

"I began watching videos of A-SOUL in July this year," he said. "At the beginning, I felt it's a bit 'strange' but later I found the virtual girls and their fans are interesting, especially Ava. I will be very happy when I hear her voice. I watch all their livestreaming and interact with them by danmu, the short live comments." 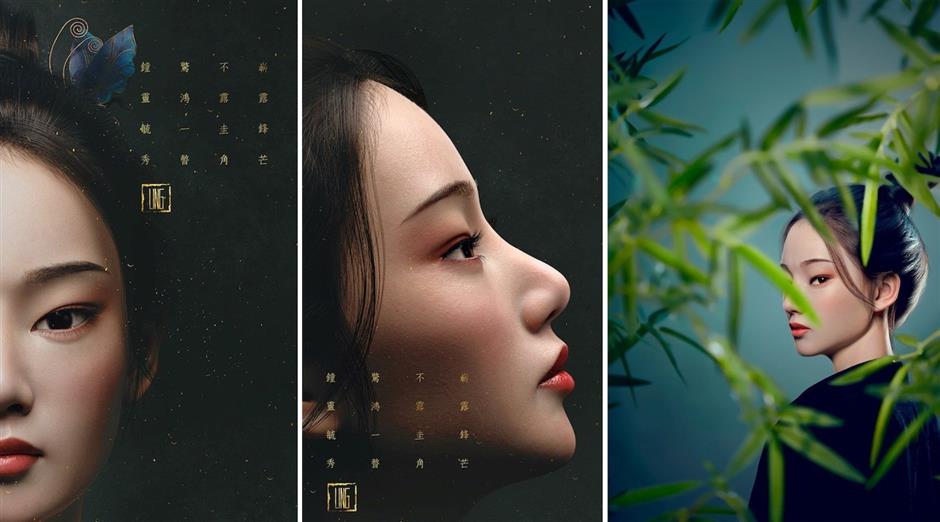 A speech given by Chen Rui, CEO of Bilibili, at the platform's 12th anniversary in June said in the past year, there are over 324,000 virtual idols opening accounts on Bilibili, seeing a rise of 40 percent over last year.

These virtual figures are more long- lasting and will never get married or have scandals like the real stars.

"The golden period of a real idol is about three to five years," Zu Houchao told Shanghai Daily. "He or she may strike out on his/her own or leave for higher pay after becoming famous. So brands hope for a permanent character with their own copyright and setting."

"In my opinion, the biggest advantage of the virtual idols is that they won't fall in love with others or have scandals," said Gua Zi Ke. "Since they mainly do livestreaming, the fans have equal opportunity to approach and support them. Approaching and supporting real idols comes at a cost." 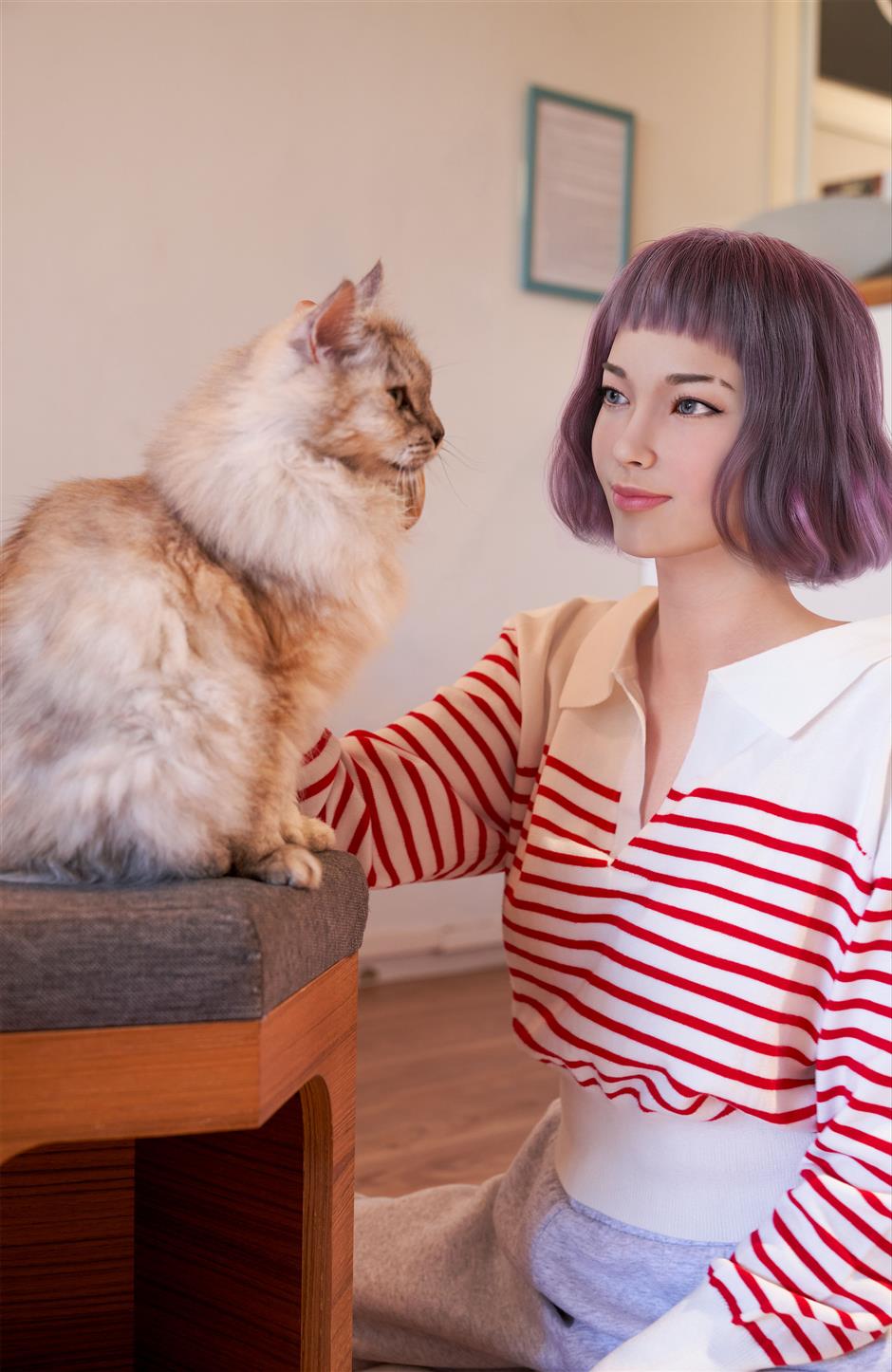 Created digitally by CGI technology and powered by AI, Rae shares her thoughts on life and experiences in this hybrid reality through social media such as Instagram.

He also mentioned that the virtual idols have more active fans, unlike some real idols whose fans include lots of "robots" online.

In an interview with magazine SWeekly, Chen Zhe, vice-president of investment company FreesFund, said compared with the real idols, virtual idols have advantages in aspects like lifecycle, capacity of management and control and interaction with fans.

They can meet the users' demand for company and a sense of belonging. 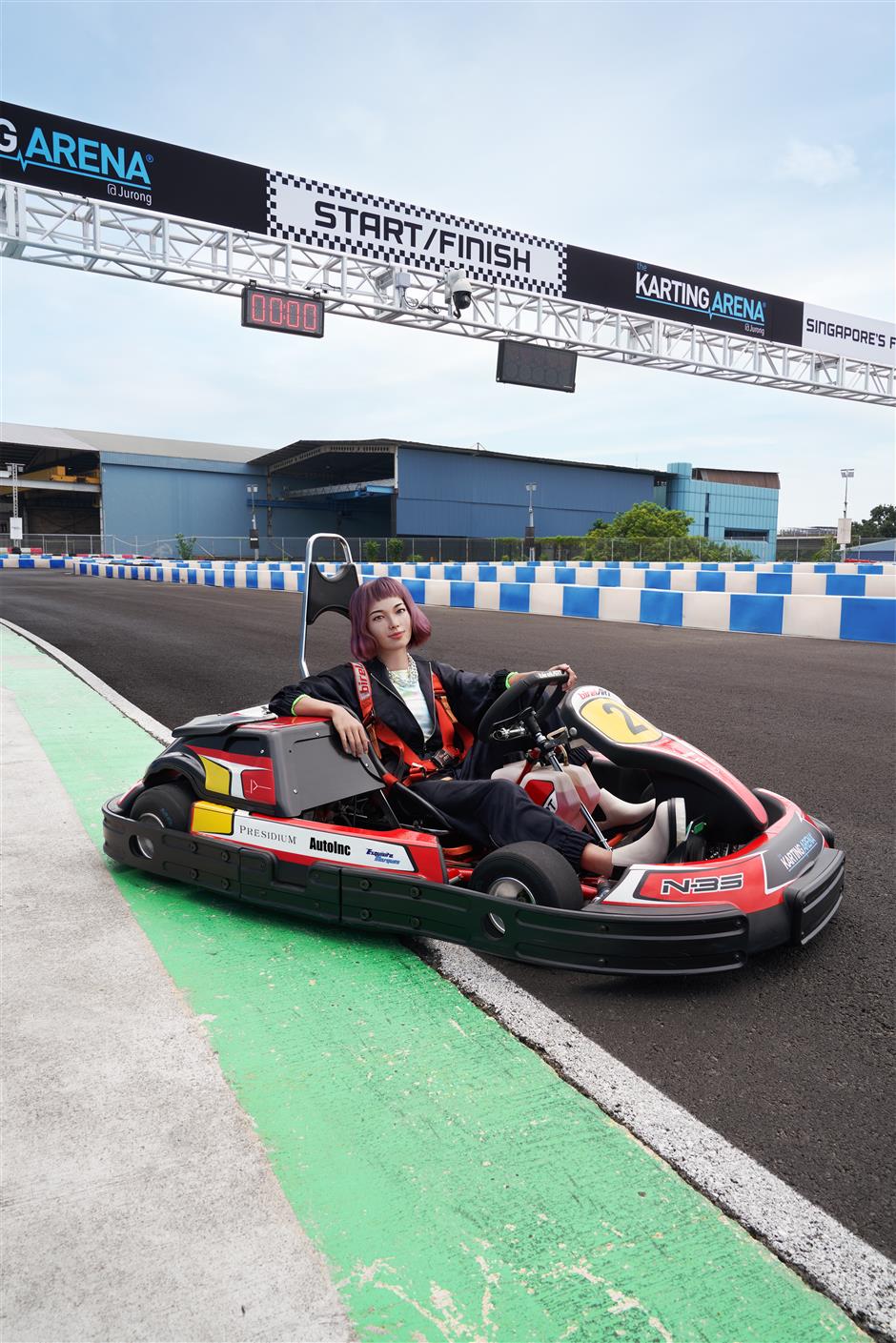 Rae tries karting. She is an urban adventurer who straddles both the virtual and physical realities.

Zu believes the future digital world will be "metaverse," a hot term in the tech field borrowing a term coined by sci-fi writer Neal Stephenson.

"Everyone can have his or her own digital being born from their own ideas. It's like the figure representing them in the virtual world. In the past, we have the online names and icons. And then they will be 3D and personalized figures," said he.

Last month Facebook said it has changed its name to Meta, which aims to build the "metaverse," a composite universe melding online, virtual and augmented worlds that people can seamlessly traverse

Earlier on March 10, video game developer Roblox made its New York Stock Exchange debut and described itself as a "metaverse" company.

Liu Yong, founder of virtual entertainment firm Motashikong, believes that the next stage of the Internet is "metaverse," according to media BRIGHT DATA.