With love from Yunnan as official helps locked-down Shanghai residents

Over the years, Shanghai has been lending a helping hand to southwestern Yunnan Province in various ways. When the new round of COVID-19 outbreak hit the city earlier this month, Tang Zhiyuan, an official from Yunnan, came forward to provide fresh food to people under lockdown.

Five months ago, Tang, head of Liuchang Town in Yunnan's Xiangyun County, was assigned to a year-long temporary position in Hudong Xincun Subdistrict of the Pudong New Area. Seeing more neighborhoods being placed under lockdown, he didn't hesitate to put aside his work and become a community volunteer.

According to Tang, it's simply a way to repay Shanghai for its assistance to Yunnan. 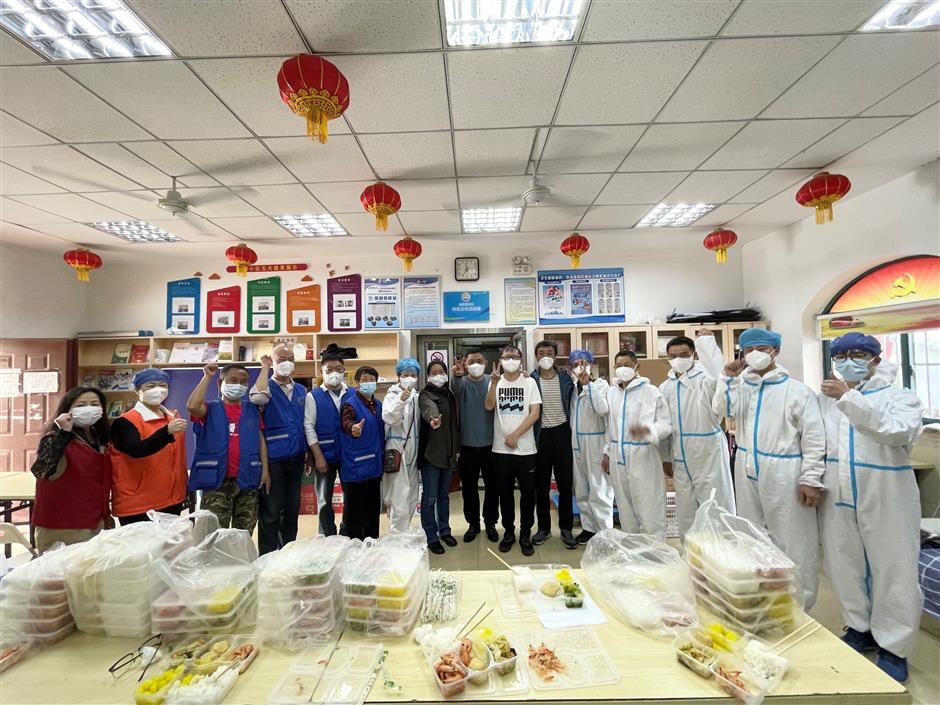 Yunnan has achieved many milestones in poverty alleviation since 1996, thanks in no small measure to help from Shanghai. And the relationship between the peoples of the two regions has also grown stronger over time as a result of the frequent exchanges.

"People in my hometown are well aware of Shanghai's assistance," Tang said, noting that Xiangyun is under Pudong's assistance.

Xiangyun in the Dali Bai Autonomous Prefecture is a major vegetable production area in Yunnan. So, when Tang learned about the lockdown, he promptly contacted the Yunnan Chamber of Commerce, asking them if they could donate some supplies to the Pudong subdistrict.

It proved to be a wise decision. Amid the community lockdowns, many people have turned to online grocery platforms to access food, but it's not easy to get the orders in time due to a surge in demand. But in Hudong, it has not been a problem. 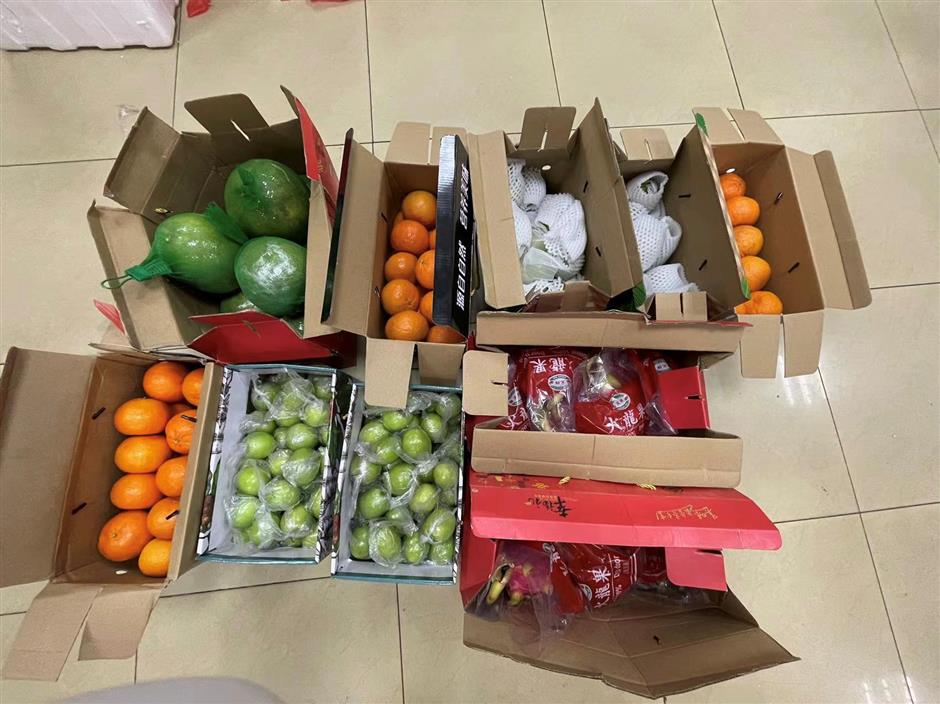 Some of the fruits and vegetables donated by the Liuchang Chamber of Commerce in Yunnan Province. 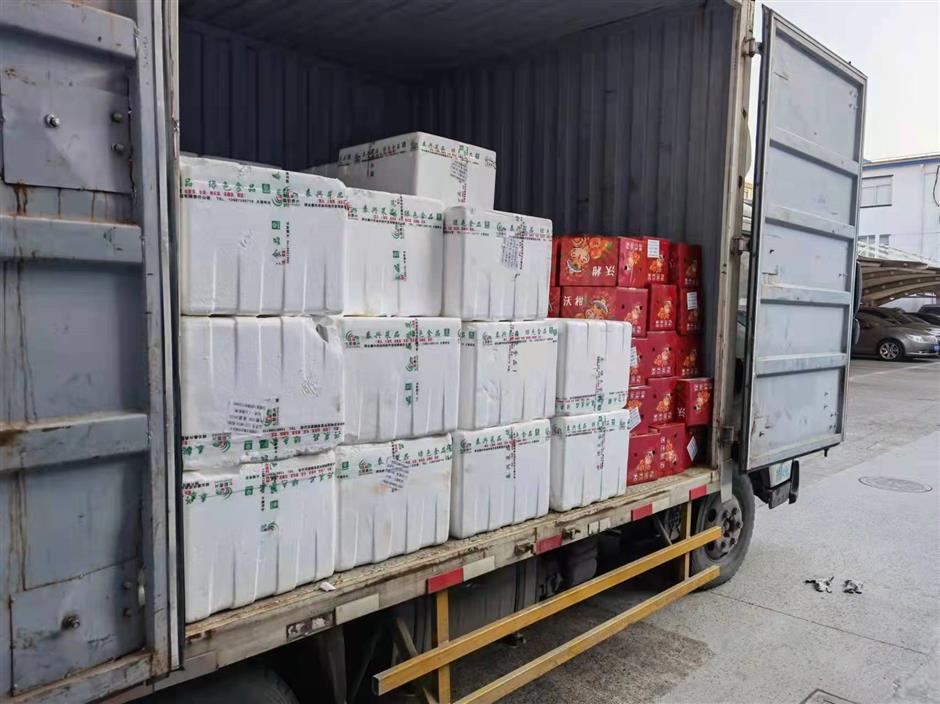 Fresh goods from Yunnan Province arrived in Tang's neighborhood early in the morning.

Fresh fruits and vegetables, including some Chinese cabbage and lettuce varieties tagged as Yunnan's "Top 10" vegetables, have been sent to people's doorsteps.

According to Tang, the chamber quickly answered his call. "I called the Liuchang Chamber of Commerce at noon on March 12, and two hours later, they informed me that they had already begun picking and packing the vegetables," he revealed.

In total, the chamber donated 1 ton of fruits and 2 tons of vegetables. "Although the supplies we donated this time are insignificant, I'd like to use this opportunity to convey to the people of Shanghai Yunnan's enthusiasm to help," Tang remarked.

Additionally, he requested a friend to send approximately 150 kilograms of fruits from Yunnan in his name, including pears, dragon fruit, and red grapefruit, which were distributed to volunteers and community workers. 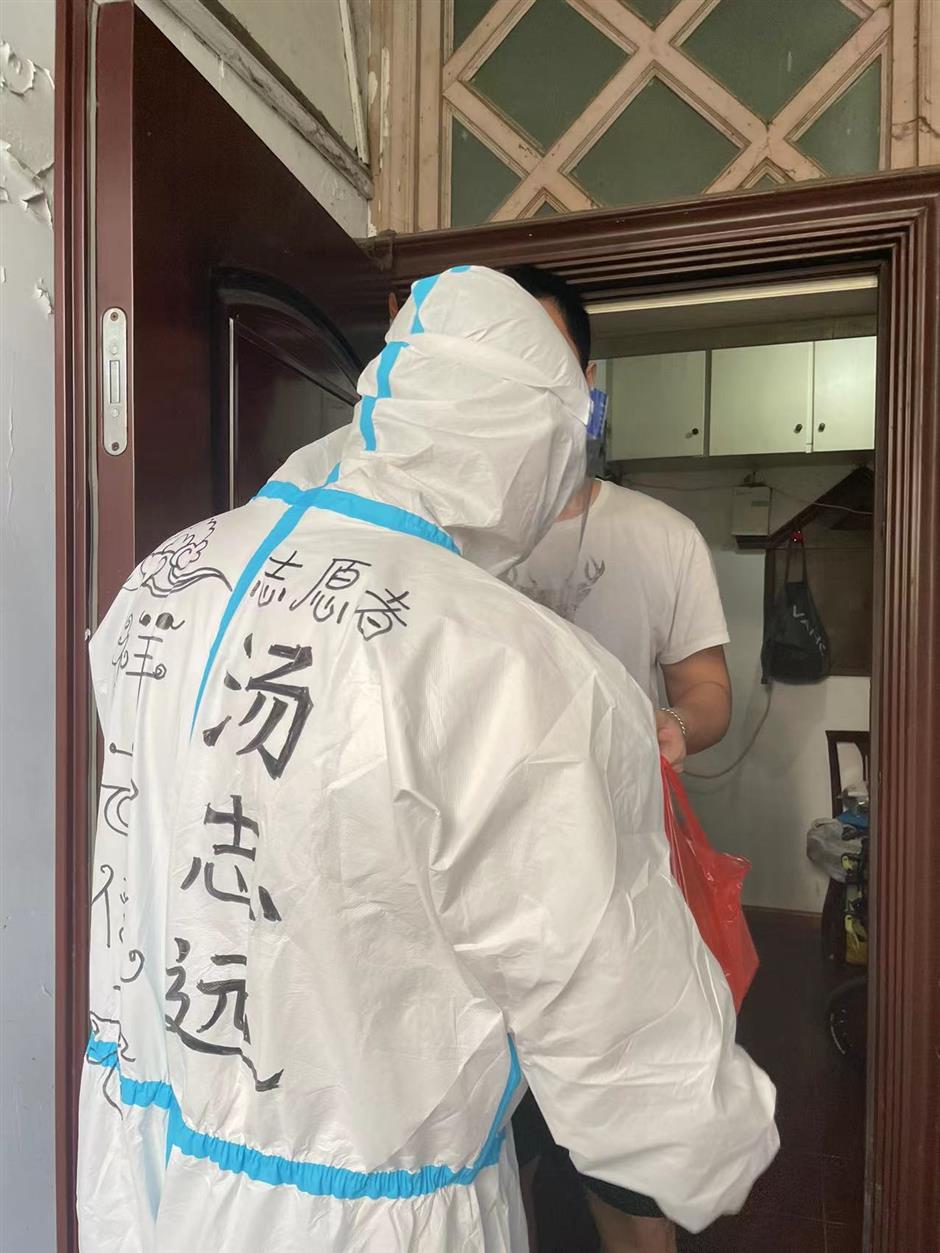 As the food flew into Shanghai, Tang and other community volunteers started "delivering" them to locked-down residents.

"The residents were overjoyed to receive them. These vegetables are incredibly fresh, even more so than those available in Shanghai," gushed Wang Weiping, director of the neighborhood committee in Chuanbo community where Tang resides.

She added that some residents prepared dishes with the Chinese cabbage they received and shared them with the volunteers and staff. In particular, a community resident, surnamed Zheng, penned a letter of gratitude to the neighborhood committee.

According to Wang, Tang is typically low-key.

"When he first mentioned the donation of supplies, he didn't say much. Therefore, no one anticipated such a big surprise!" she exclaimed.