Chip, auto firms lead Shanghai industry in getting back to business

Chip and car firms have become first batch of major companies to resume production in Shanghai, which is still under a broad COVID-19 lockdown.

The move, along with the city's latest guidelines to enterprises on the orderly resumption of operations released over the weekend, may ease fears over the lockdown's impact on the national and global supply chain and economy.

Car manufacturers including SAIC and Tesla are expected to resume soon.

The Ministry of Industry and Information Technology, the country's top industry regulator, has dispatched special team to Shanghai to support the resumption of production.

Integrated circuit, automotive and biomedicine firms are encouraged to hit the restart button first, the ministry said on its website. 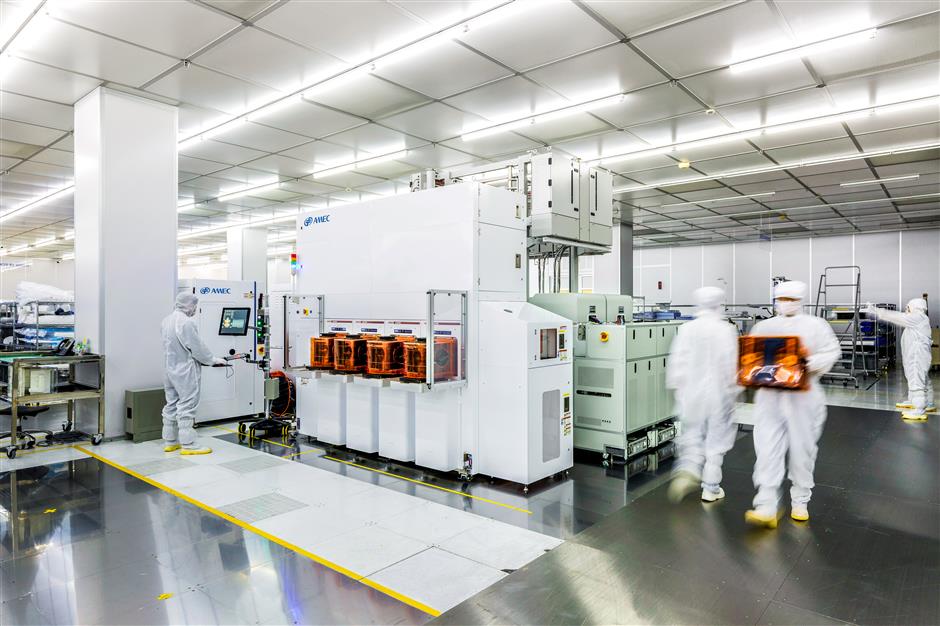 A chip plant in Shanghai

Among a "white list" of 666 firms, more than 10 percent are integrated circuit producers, which design, produce and assemble chips.

Chips are often seen as the "brain" of various devices, from smartphones to electronics and cars to industrial machinery. They are an upstream supply for many industries in the digitalized society, which makes the sector's restart vital.

Leading Shanghai-based chip firms have maintained production on a small scale since the end of March.

More than 6,000 people are working and living in the factories of Huahong while engineers have been working in the local factories of TSMC and SMIC, the world's leading chipmakers, according to media reports.

In 2021, Shanghai's integrated circuit industry generated an output of 228.9 billion yuan (US$35.7 billion), accounting for 22 percent of the national total, making the sector's revival vital for the tech industry in China and across the globe.

Shares of SMIC, or the Semiconductor Manufacturing International Corp, the Chinese mainland's biggest chipmaker, increased 1.02 percent to close at 43.69 yuan on Monday. It's also the top firm by market value on the Shanghai STAR Market.

With a sufficient supply of chips and other components, the automotive industry is now ready to resume production.

Shanghai factories, including those of SAIC and Tesla, will gradually resume production this week, according to news reports and analysts.

The "darkest time" may pass with the resumption of the automotive industry, Zheshang Securities said in a note on Monday.

But the industrial restart still depends on the situation in logistics and traffic control and related policies, industry officials warned.

Over the weekend, the Shanghai Commission of Economy and Informatization issued guidelines for enterprises to start the orderly resumption of work with controlled risk against the latest phase of the pandemic.