Stranded drivers await the day when they can 'keep on trucking'

Away from home
Shot by Zhou Shengjie. Edited by Tang Dafei. 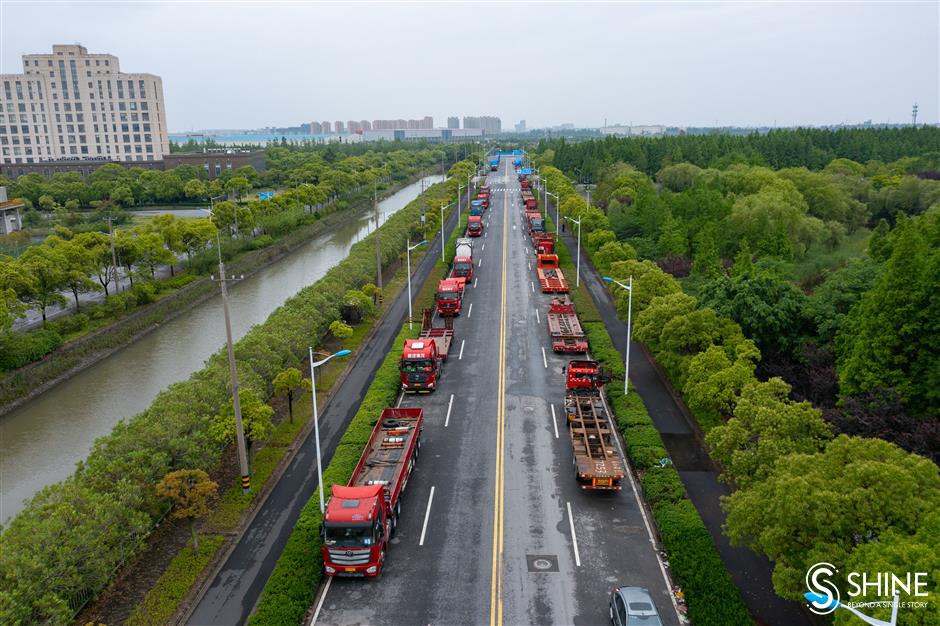 Trucks stranded along Chuanji Road, suburban Baoshan District. They have been stuck in Shanghai for more than 50 days due to coronavirus restrictions.

Spare a thought for the legions of long-haul truck drivers who form the lifeline of highway commerce in China. Shanghai's long coronavirus lockdown has left many of them stranded in the city – sleeping in their vehicles, cooking meals roadside and even drinking water from fire hydrants.

The drivers have essentially been frozen in place for more than 50 days by the zero-COVID tolerance policy.

"I didn't bring any summer clothes," said driver Li San, 42, from the northern province of Hebei as he boiled congee, or rice porridge, in a small pot over a pavement fire. "It's hot now, so I've had to cut holes on my clothes to stay cool." 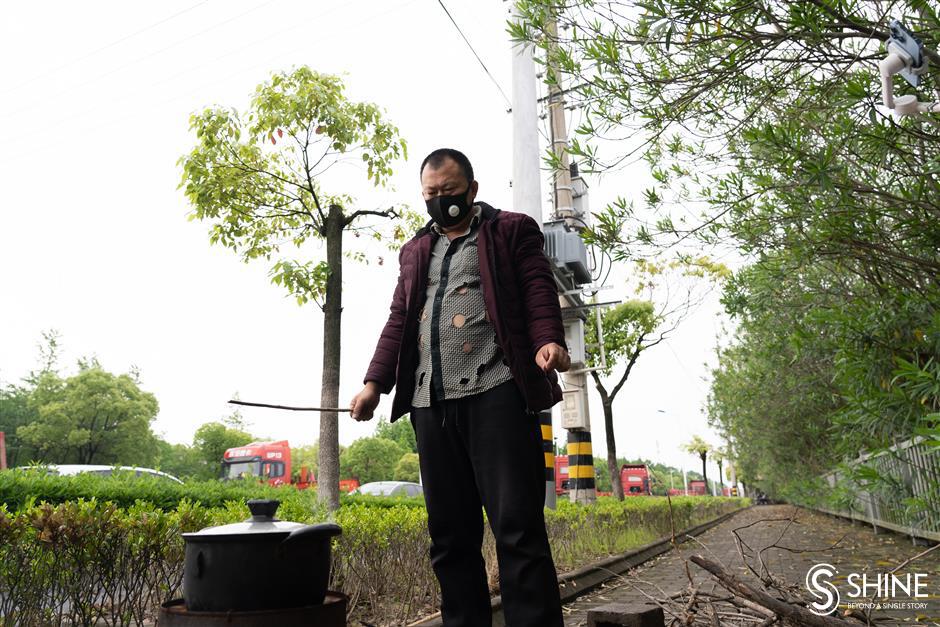 Li San's clothes have holes in them that he cut to keep cool, the Hebei Province truck driver having arrived in Shanghai in his winter garb.

Li said he hasn't eaten any meat for almost three weeks, and taps into a nearby hydrant for water. His truck is parked at Luojing Port on Chuanji Road, a road that stretches to the mouth of the Yangtze River near the border with Jiangsu Province. These days, the roadway is lined with kilometers of stranded trucks.

Li was delivering mechanical equipment to Shanghai from Hebei to the north when the lockdown began. He couldn't get a pass to drive home. 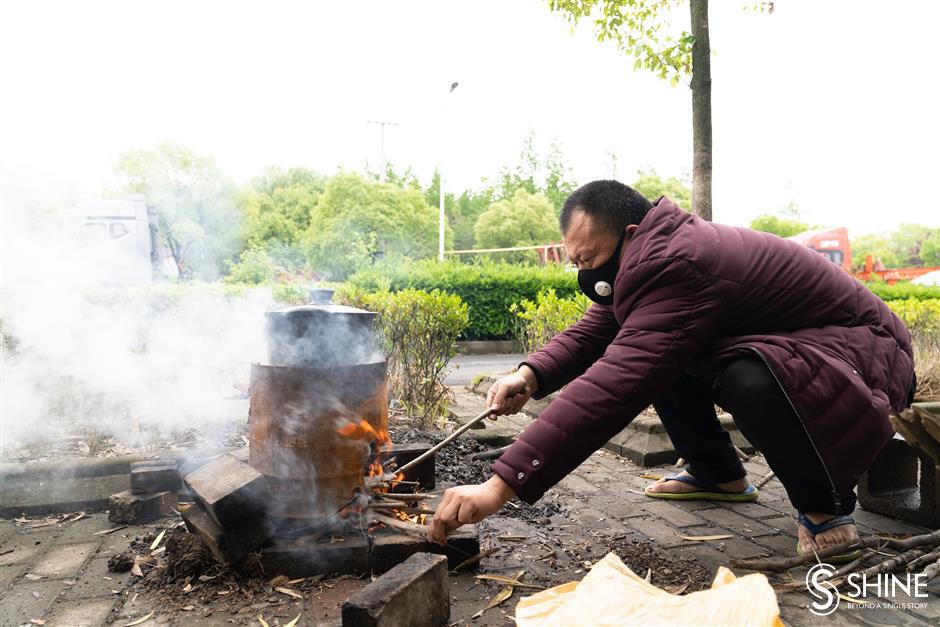 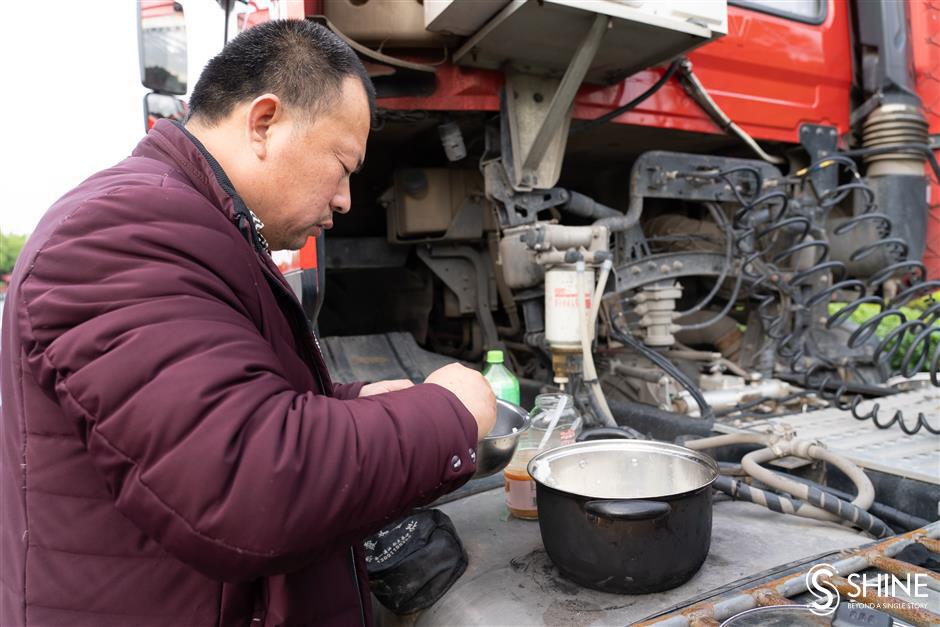 Li's lunch is a pot of congee, or rice porridge.

It's hard to understate the importance of truck traffic in China. Last November, the Ministry of Transport said there were 17.3 million truck drivers in China, accounting for three-quarters of the country's road haulage.

The resurgence of COVID-19 in many cities across the country has forced the closure of highways, service stations and toll gates in the national battle to stop the spread of the virus.

Truck drivers have plenty of things to worry about beyond just eating and sleeping. Many fret that their travel health codes will be marked with a star, which signifies they have been in a COVID-risk region and could limit their range of operations. They also worry that negative results will expire before they can get another test, complicating their ability to get exit passes.

Trucker Shao Tianhui, who hails from Henan Province, said he never expected to be stranded in Shanghai for such a long time. In late March, he was transporting a load of construction materials to Shanghai from Yixing in Jiangsu. That was two days before the Pudong New Area of eastern Shanghai was put under lockdown.

By the time, the goods were unloaded and he was ready to drive back, his exit routes had been effectively blocked.

"I thought it would just be a couple of days," said Shao, who parked his truck on Chuanji Road to ride out the stoppage.

A week passed. Shao said he realized things would be getting worse before they got better when a lockdown expiration deadline passed without a lifting of restrictions. 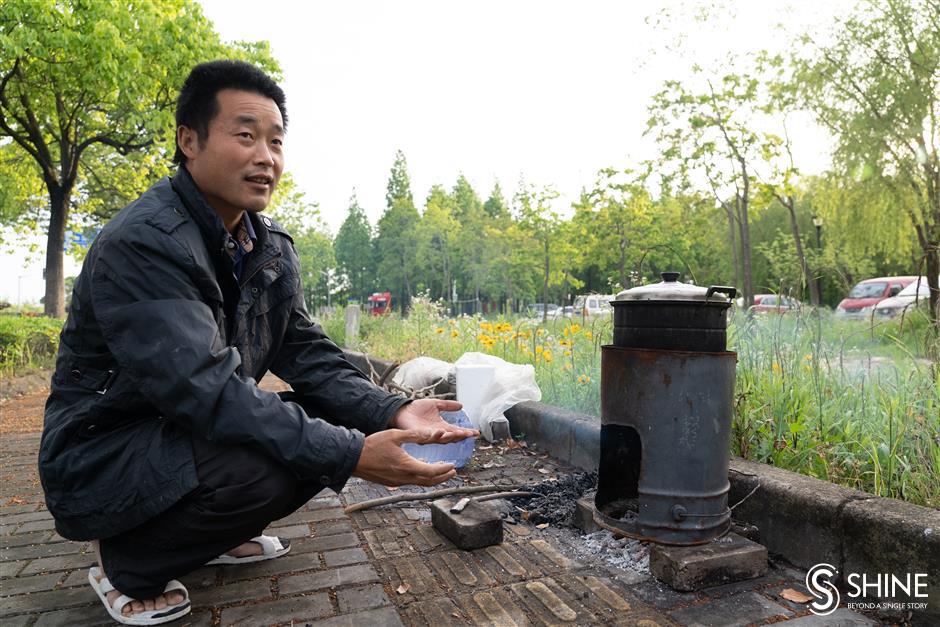 Shao Tianhui, a truck driver from Henan Province, has a stove retrieved from a trash bin.

He went through all the instant food he had brought along for the trip, then retrieved a stove from a nearby trash bin and started to cook meals over small fires stoked by branches and plastic foam. A photographer who happened on the scene gave him a lighter.

"It has been the hardest of times," Shao pointed out. "I have never felt so desperate before."

As Chuanji Road grew into a makeshift home for almost 60 drivers and their trucks, the local government started to deliver instant noodles every three days. Local volunteers showed up with supplies of rice, flour, water, eggs and vegetables.

"I've applied for the pass to leave, and I'm still waiting to hear back on that," Shao said. Things are looking up. The city's COVID-19 cases are declining. Some service areas on highways have opened lounge rooms for drivers. More toll gates are resuming operations. 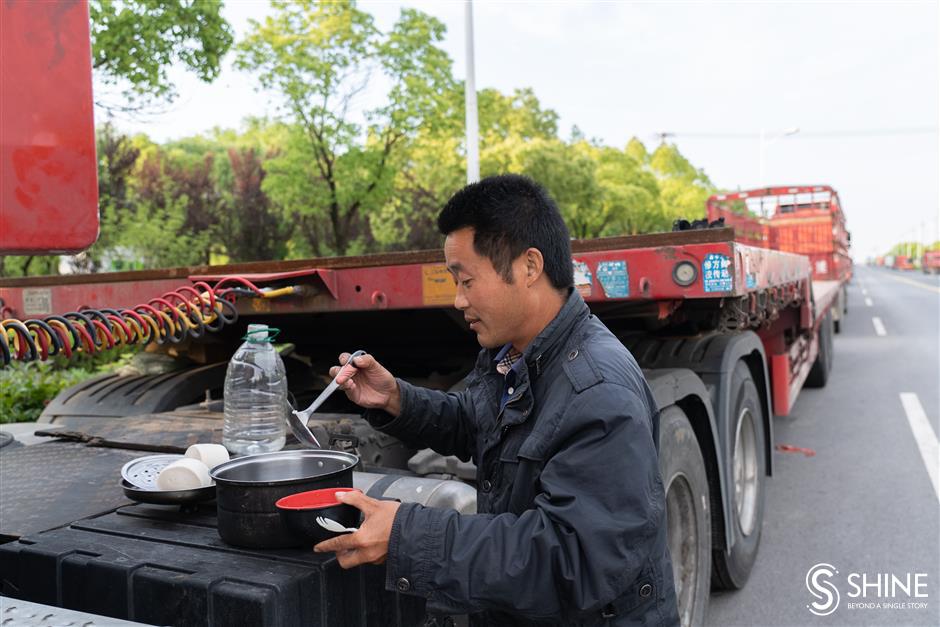 Shao has some rice porridge and steamed bun for lunch.

Shanghai transport officials have opened seven service centers for truck drivers in areas such as Pudong and in the districts of Minhang, Baoshan and Fengxian to provide nucleic acid tests.

Shanghai Chengtou Group, which manages 500 kilometers of highways in the city, 10 service areas, the East China Sea Bridge and three tunnels across the Huangpu River, revealed that about 211 trucks and 293 drivers are stranded on the highways.

The group has provided nucleic acid tests in eight of its service areas since the lockdown. In five of the areas, shower rooms are available. Facial masks, instant noodles, milk and bottled water are distributed free to drivers. 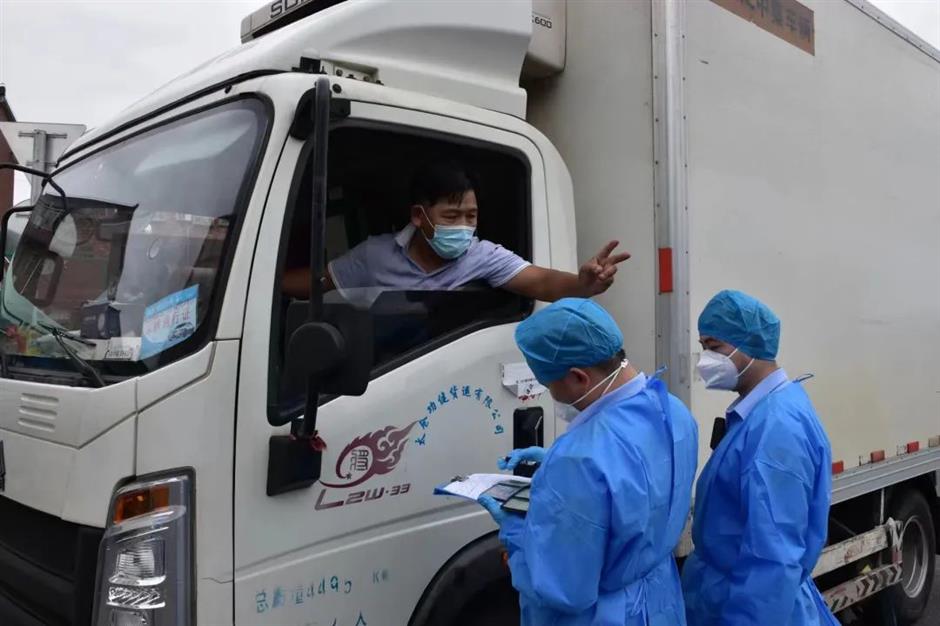 In Qingpu, a district that hosts many express delivery stations, the police have turned empty lots into "harbors" for truck drivers, where meals, drinking water, nucleic acid tests and toilets are available.

"Truck drivers are an important part of the country's development," noted Chen Yuefeng, professor of law at East China University of Political Science and Law.

"If they are stranded by government policies, local officials have the obligation to respond to their need for accommodation, food and toilets. Every truck driver should be guaranteed the basic needs of life."