Livestreamers on the carpet: Be careful what you do and say

No sexually provocative costumes or words.

No flaunting of wealth, such as displays of large amounts of cash, jewelry or other luxury products.

No promotion of food waste, such as binge-eating.

These are among 31 no-nos of misbehavior listed in a new code of conduct for livestreamers in China. It was published by China's National Video and Television Administration and the Ministry of Culture and Tourism this week.

The taboos are listed in one of 18 articles in the new code. The guidelines also specify that livestreamers must have professional qualifications if they broadcast content of a specialist nature, such as medicine, law, education or financial advice.

Livestreaming platforms are to be responsible for verifying such qualifications.

"The majority of these banned improprieties are already listed in other laws and regulations, not just specifically targeting livestreamers," Jason Yao, a Shanghai-based lawyer and retired law professor, told Shanghai Daily. "For example, no tax evasion, no advocating the overthrow of the state, no animal torture and so on."

He said the new targeted industry code underscores the significant impact that livestreaming now has on society and how cyberspace needs to be cleaned up a bit.

"It's in line with what authorities have been stressing all along," he said.

China's livestreaming industry, though relatively new on the scene, has skyrocketed in recent years, especially during the pandemic outbreak and lockdowns. People confined to their homes or unable to go out and do normal shopping turned to the Internet for something to do.

According to an April report by iiMedia Research, the number of livestreaming users reached 638 million by June 2021, a 47 percent jump from a year earlier. That number, which may have grown since, meant that 63 percent of China's Internet users were tuned into livestreaming broadcasts. 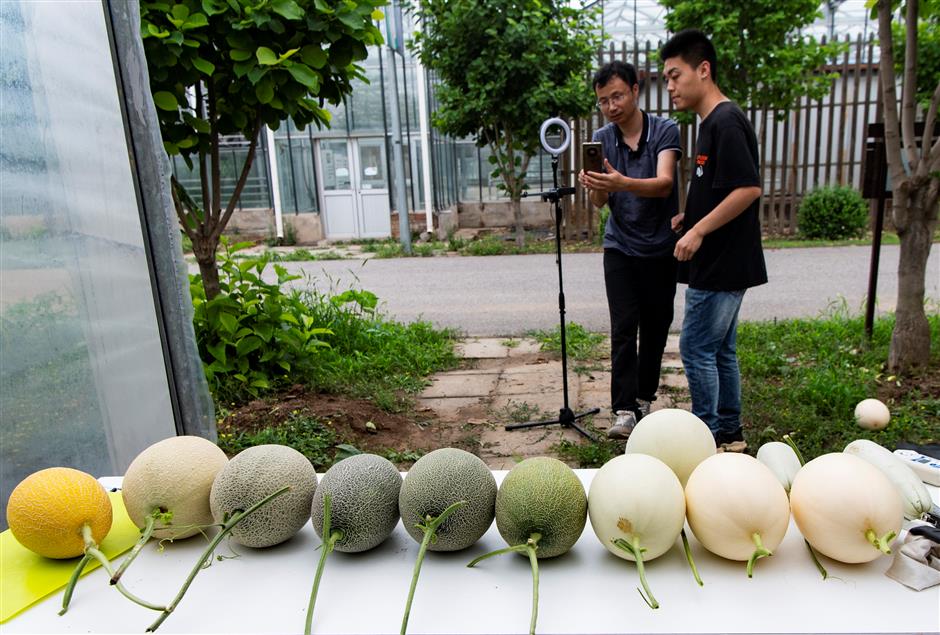 The booming industry has created its own sphere of celebrity streamers. Nearly 80 percent of sales come from the top 2.2 percent of superstar broadcasters, like the "lipstick king" Justin Li or "livestream queen" Viya.

There have been increasing public calls for a more wholesome cyberspace amid rising consumer complaints and fraud cases related to livestreaming. Blatant violations of law by livestreaming broadcasters have been well-publicized.

The problem, in many cases, is more insidious.

"My granny got addicted to livestreaming on Douyin," said Chen Xue, a 28-year-old Shanghai-based office administrator. "She often sends me Douyin videos promoting ridiculous wellness tips, like eating a raw onion every day. What if she gets sick from eating that? Who can I sue?"

She added that her 5-year-old niece has also been watching livestreaming shows, which especially worries her amid news reports about how minors are often tricked into transferring money or buying unnecessary products.

The National Video and Television Administration said last week that the new guidelines tighten the protection of children in cyberspace. For example, livestreamers are banned from coaxing children to give them "tips" with false identity information.

The administration said some livestreamers are bereft of conscience and spread vulgar content, promote unreasonable consumerism and violate laws and regulations.

The new code of conduct has stirred anxiety in the industry, according to a 24-year-old female livestreamer who wants to remain anonymous.

"My agency asked us to be more careful in recent months, specifically giving us a list of things not to say or do during a livestream," she told Shanghai Daily. "Many livestreamers were talking about pending harsh new regulations. My agency also told me not to put up sexy photos or videos, which was weird, because they usually urge me to do that."

The 24-year-old said she started livestreaming only last year and makes about 11,000 yuan a month on average. It is a rather volatile income source. The monthly take ranges from zero to around 200,000 yuan. Whatever the figure, the agency still requires her to pay for social security, a levy that employers are supposed to pay.

"I know they are not supposed to do that, but what can I do? I like this job," she said. "And actually, what else can I do? Should I go and get some qualification certificate? But what certificate can I get? Oh my god, am I going to lose my job?"

Retired lawyer Yao has an answer to that: She should first jump ship and find a more law-abiding agency.

"One effect of the new guidelines will be healthier competition within the industry," he said. "The law-abiding sites with good-quality content will prevail."

Yao added, "It is also a natural selection of live-streaming audiences, who are fed up with vulgar content. You can see that trend from the recent popularity of the New Oriental tutors on livestream."