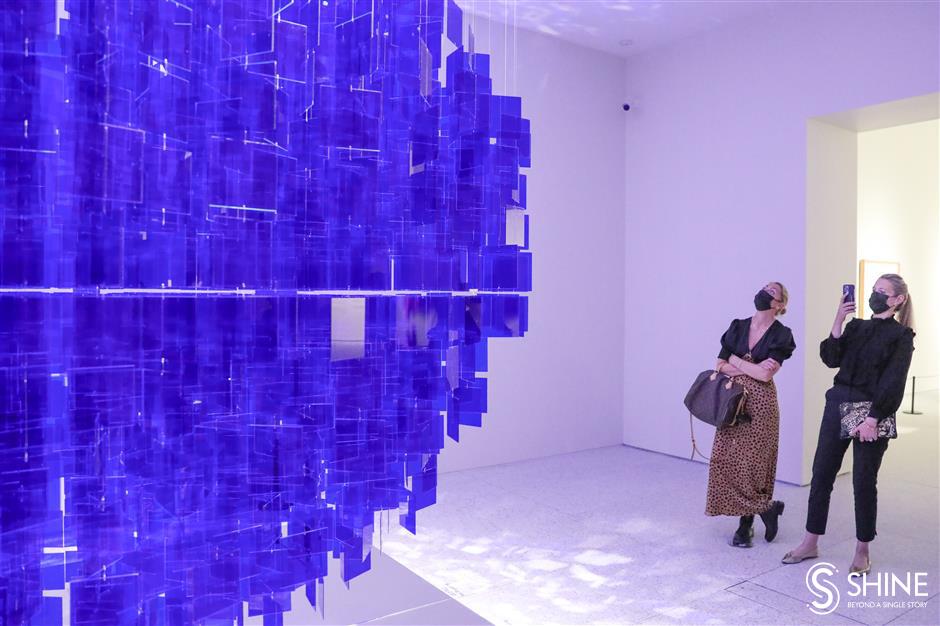 Expats visit "The Dynamic Eye: Op and Kinetic Art from the Tate Collection" exhibition at the Museum of Art Pudong.

There are inevitable bouts of homesickness for anyone far from home. But in most cases, Matthew John Haynes can find a cure here in Shanghai.

The Briton has been living in Pudong for about seven years as a teacher at Dulwich College.

Like many of his colleagues, he settled down in the international community of Biyun, near the school campus. But a short commute isn't the only reason he chose Pudong to make his home.

"I like Pudong," he told Shanghai Daily. "It's a little bit quieter which is nice for me because I come from the countryside. I get to be in the biggest city in the world and still just a short distance to some quiet and pleasant places." 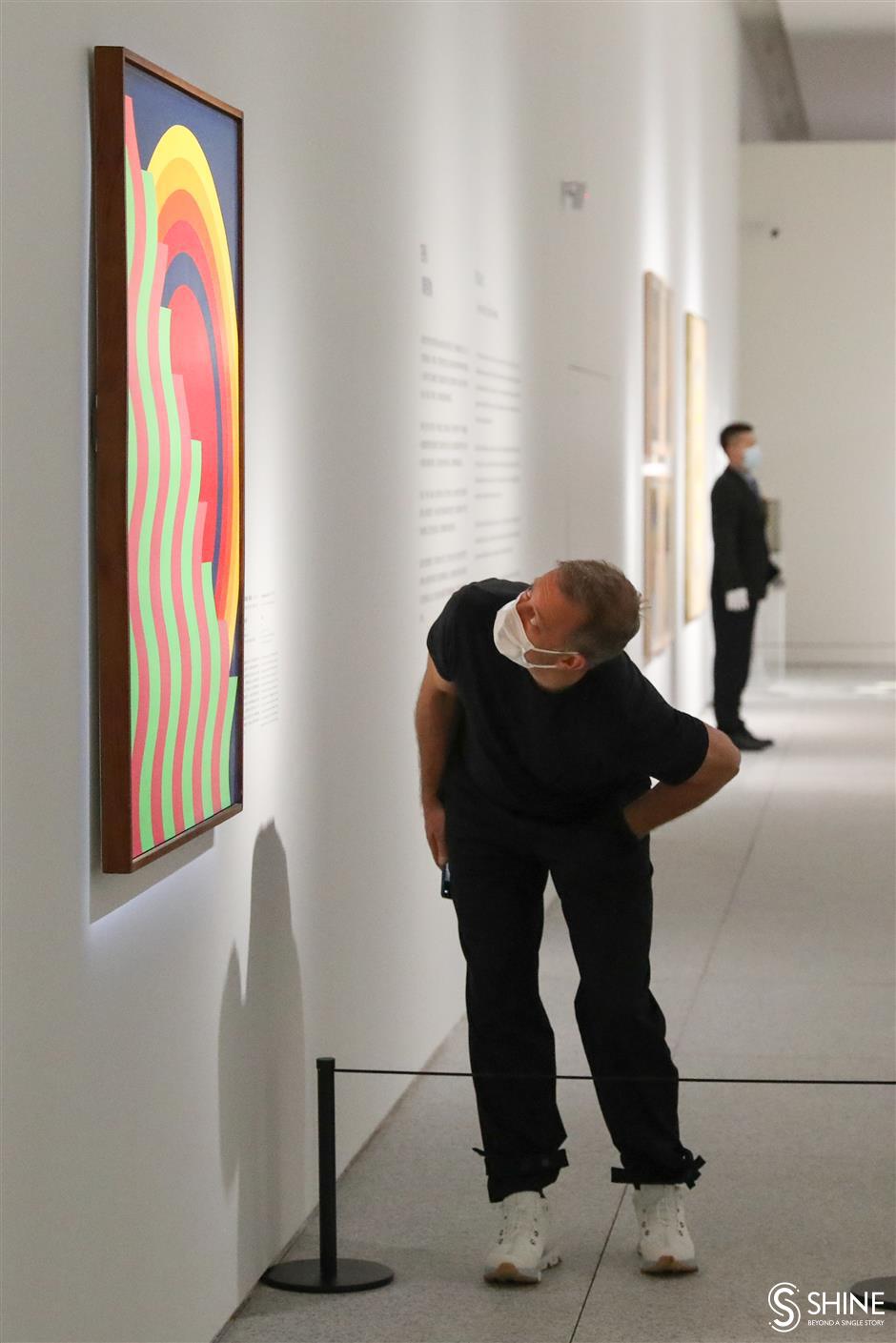 A man takes a close look at an exhibit of "The Dynamic Eye: Op and Kinetic Art from the Tate Collection."

If Biyun is the quiet side of Pudong, then Lujiazui stands as the contrary: dotted with high-rises, thronged with visitors. Haynes loves it, though.

"It's a big mix, a lot of opportunities for everybody," he said, noting that there's a lot of different ways of understanding the world in Pudong and Shanghai.

"I really like the open spaces in Pudong. I like Century Park and places where you can have outdoor recreation. It's also very exciting for the families. You can come to an art museum, science and technology museum, and aquarium,"  he added.

On Friday morning, Haynes viewed the "The Dynamic Eye: Op and Kinetic Art from the Tate Collection" exhibition at the Museum of Art Pudong (MAP) in the Lujiazui area. 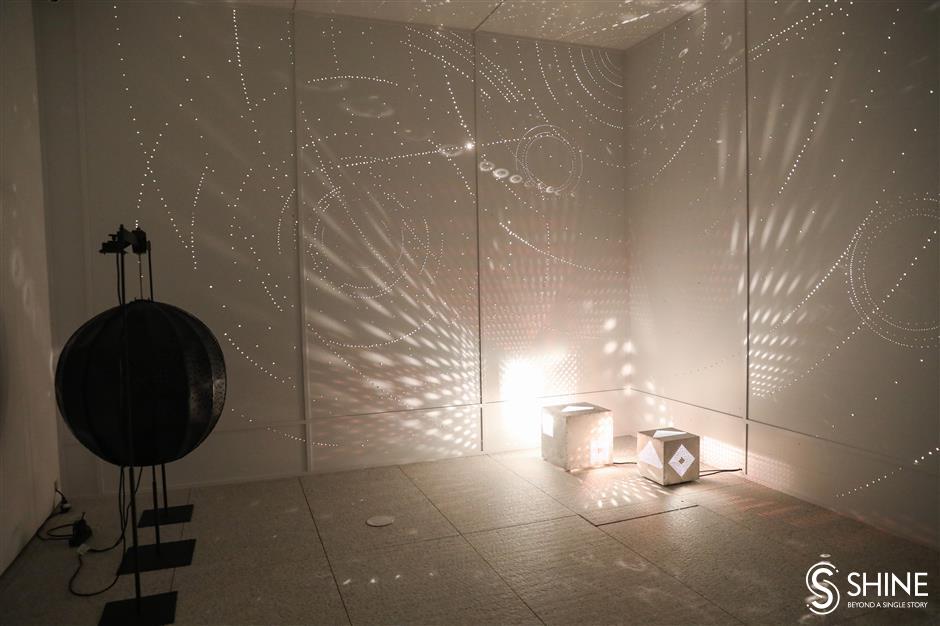 An avant-garde installation at the exhibition

It's his first time visiting the MAP and it's an impressive experience. It seems to provide a new option to cure his homesickness.

"I'm British. Today is the first day of the exhibition from the Tate gallery. See! Even the floor we're standing on is from the Tate exhibition," he said, gently stamping his feet. "So, it's very exciting. It's really nice for me personally."

The opening of the MAP in 2021 was a huge success, not only because of its architectural style – the marble-and-glass rectangle along the Huangpu River – but also because of its world-class opening exhibitions by Britain's Tate, Spain's Fundació Joan Miró, and Chinese fireworks artist Cai Guoqiang.

In fact, the museum has signed a memorandum of understanding with the Tate Britain, solidifying a deep cooperation. In celebration of its opening, the Tate brought its treasured collections such as Claude Monet's "The Seine at Port-Villez," and Sir John Everett Millais' "Ophelia," one of the Tate's most-loved paintings. 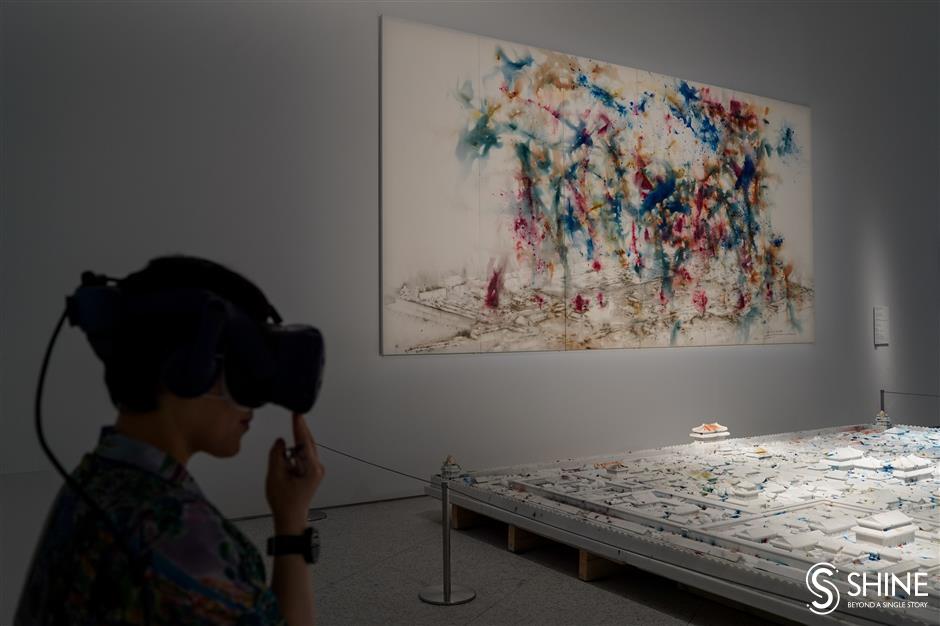 Cai Guoqiang's exhibit at the museum

Making its mark on the world art stage, the MAP is also seeking cooperation with Muse'e d'Orsay in France and the Metropolitan Museum of Art in the US.

Hence, the MAP is listed in eight tourist routes unveiled by the Pudong government on Friday.

As its name suggests, the "Pudong in the Eyes of Expats" routes are especially designed for expats.

Statistics show Pudong has gathered the regional headquarters of over 400 multinational companies, and over 100,000 overseas talent. The routes show them different sides of Pudong's charm, from the ancient water town to the world's second tallest building, or the bustling commercial complexes to the ecological parks. 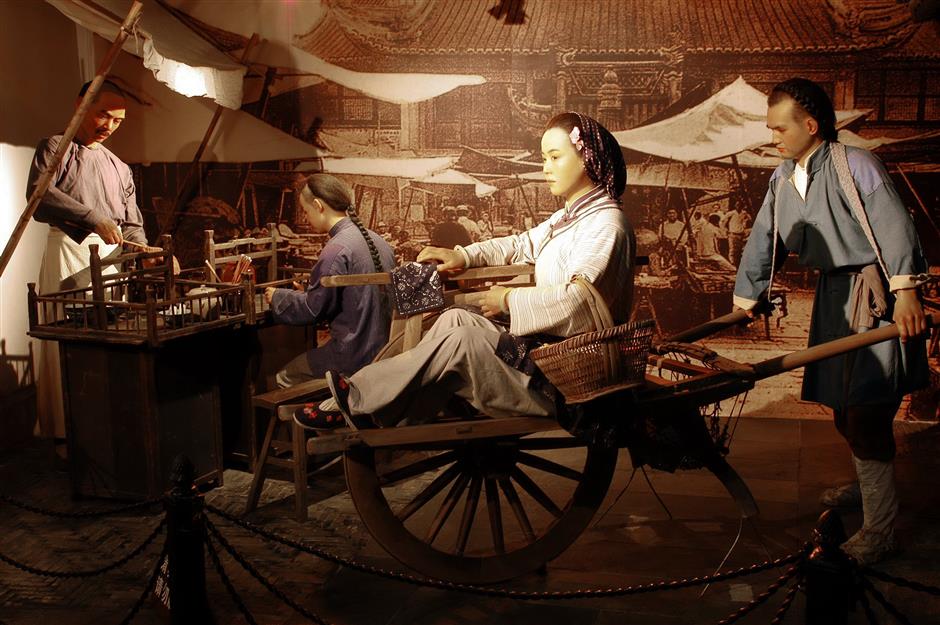 Pudong's history is showcased at the Pudong Development Exhibition Hall. 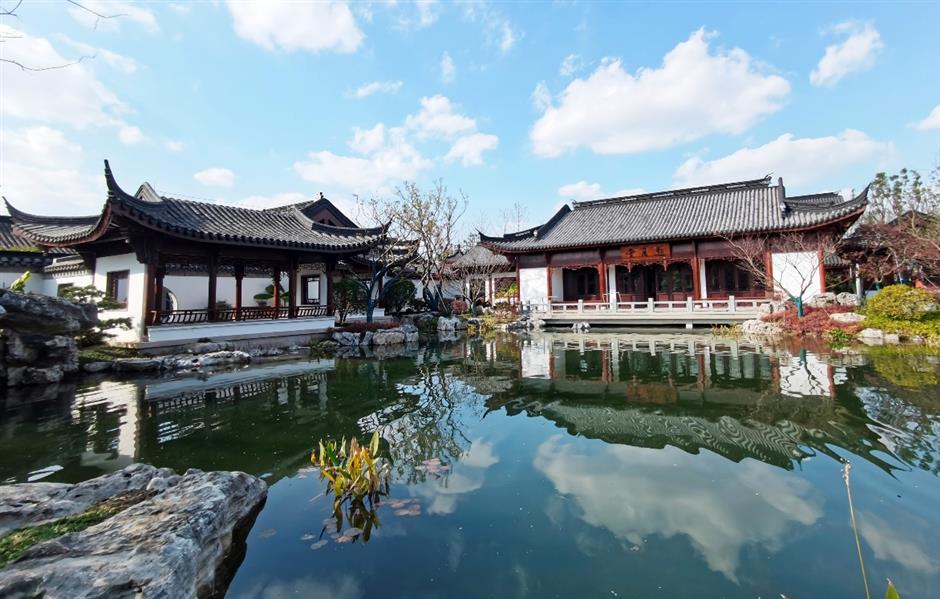 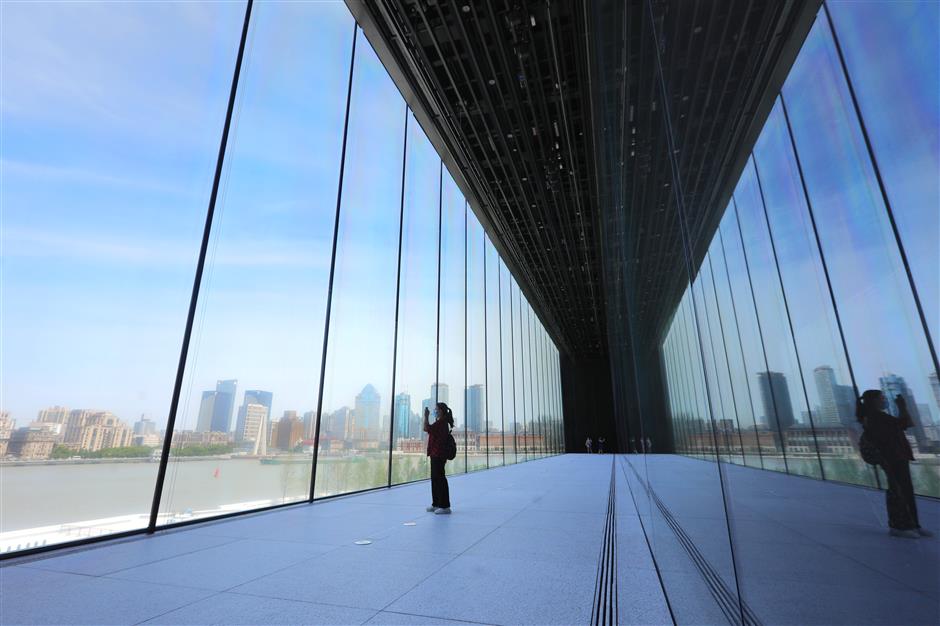 The iconic glass hall of the Museum of Art Pudong

Route 3: Stroll through the art capital 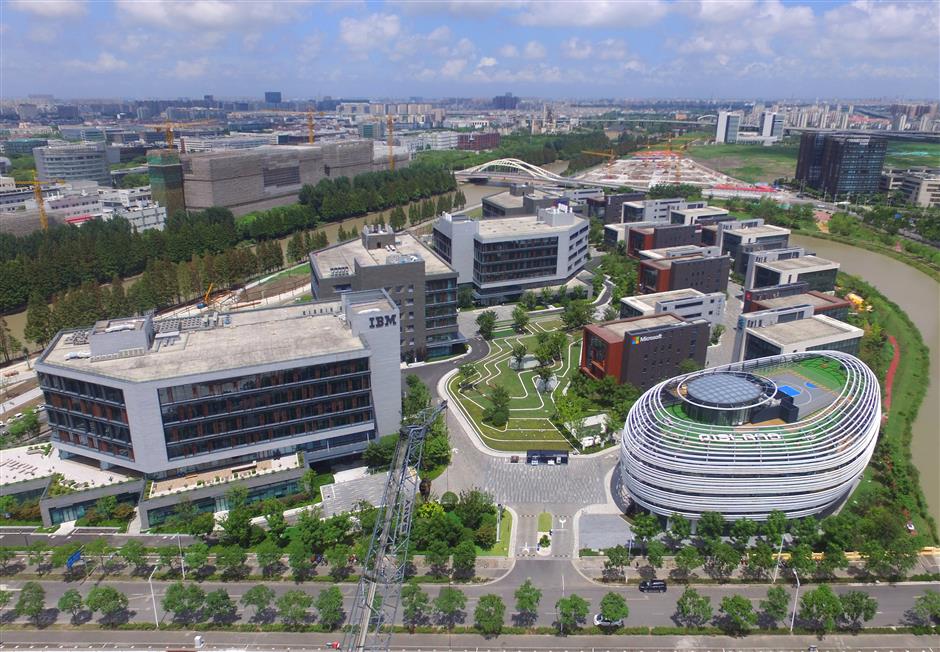 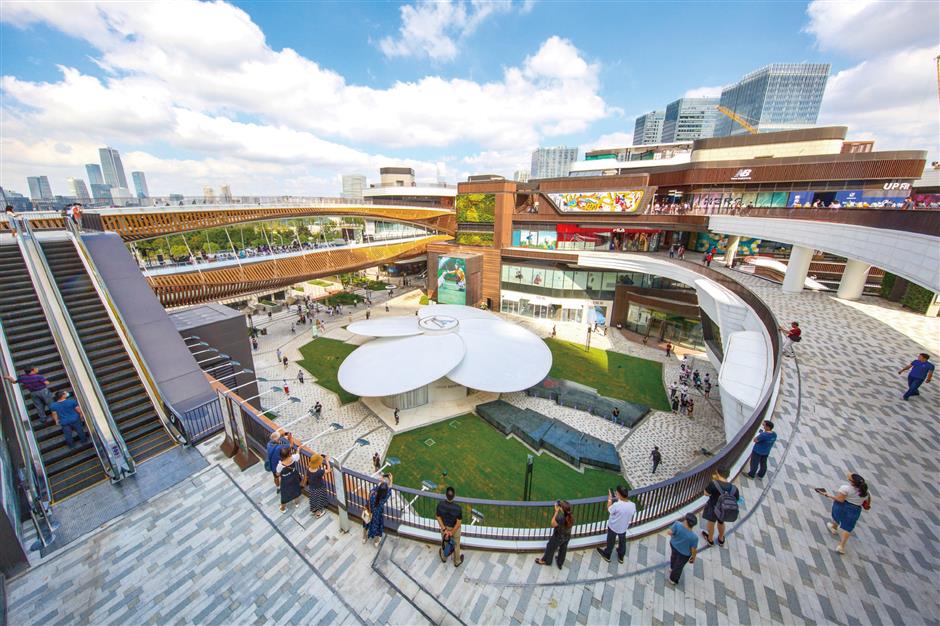 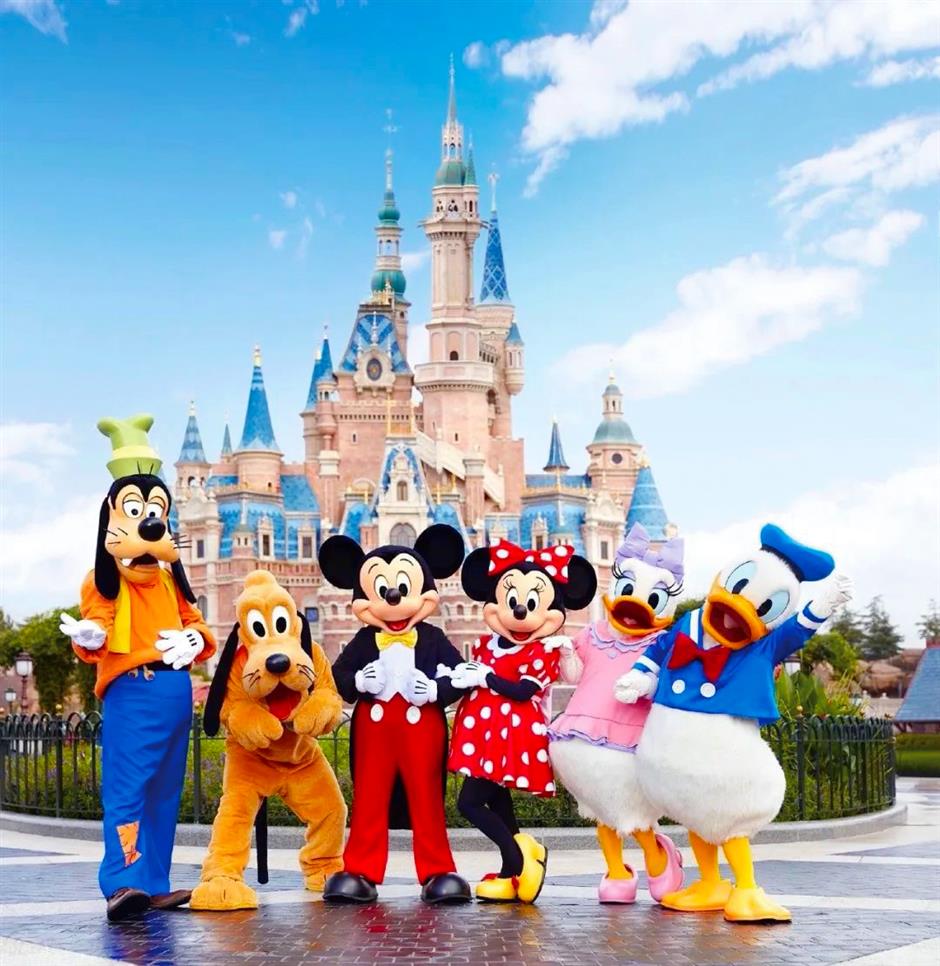 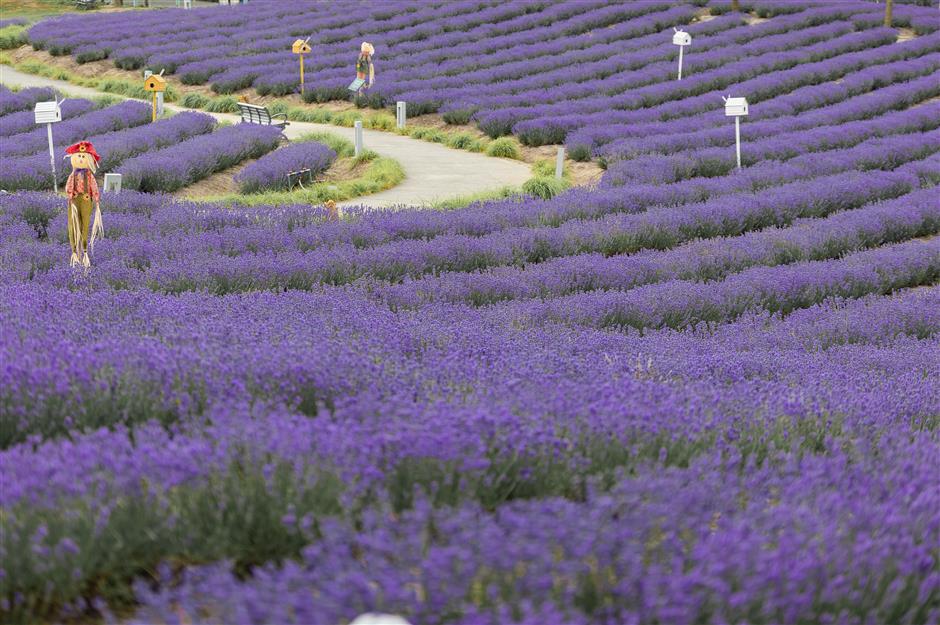 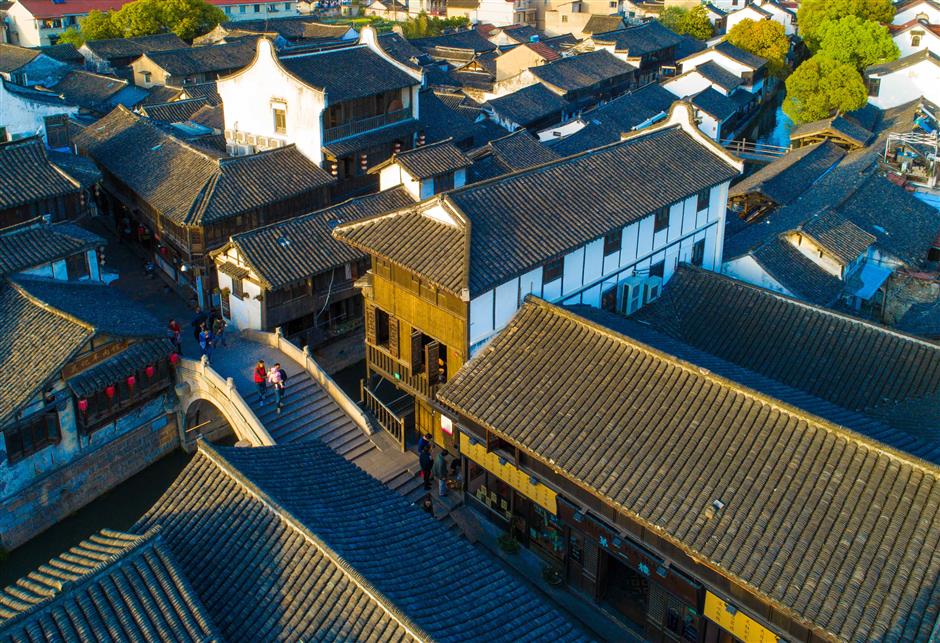