Ying said Shanghai is to become an international center of economy, finance, trade and shipping in 2020, a global innovation center in 2030, and a world-class metropolis in 2040.

"Shanghai and Taipei became the first twin cities to carry out cross-strait exchange and cooperation," the mayor said, adding that they had signed 26 agreements for cooperation in economy, trade, education, health, science and technology.

Ying said he hopes Shanghai and Taipei can increase their cooperation to benefit people on both sides of the straits.

Ko said he has a whole new experience each time he visits Shanghai. The two cities have different advantages and should learn from each other.

He said the Shanghai-Taipei Forum is an important channel for cross-strait exchanges and he hopes the two cities can expand cooperation in e-commerce, logistics and health care. 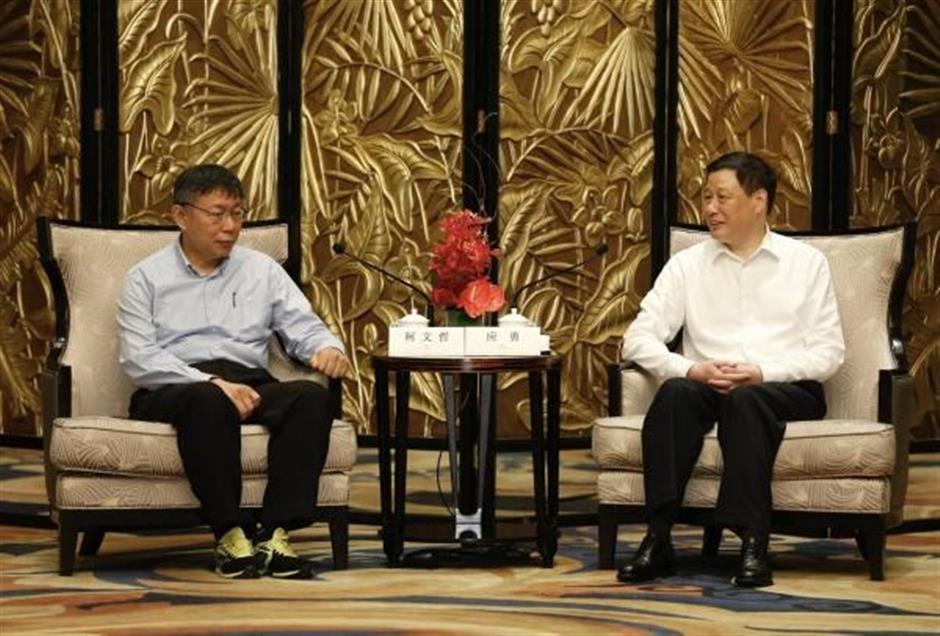