Man suspected of tampering with barcodes 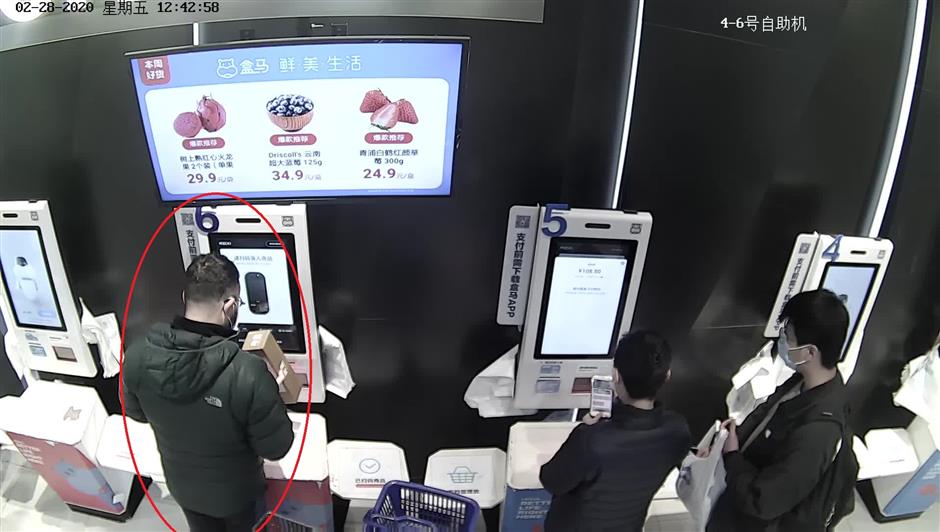 The suspect scans a bottle of wine at the self service checkout machine.

A man is facing theft charges after he is alleged to have tampered with barcodes on expensive wine at a Freshippo supermarket in Songjiang District, police said on Thursday.

Police received a report from the supermarket on March 23 that wine had gone from its shelves but it hadn’t been paid for.

As they investigated, one of the supermarket workers recalled a customer from a few days ago.

The customer had scanned the barcode on a bottle of wine to pay, but the screen on the self service checkout machine showed bananas. When the worker went to check, she saw that the original barcode on the bottle had been overlaid with another one, police said.

The worker scraped off the barcode, but then the customer said he no longer wanted to buy the wine, police said.

Viewing surveillance camera footage, police said a customer had pasted barcodes from potatoes, bananas and cauliflowers on bottles of wine and then scanned these barcodes at the checkout machine.

A man surnamed Yang has been apprehended, police said. 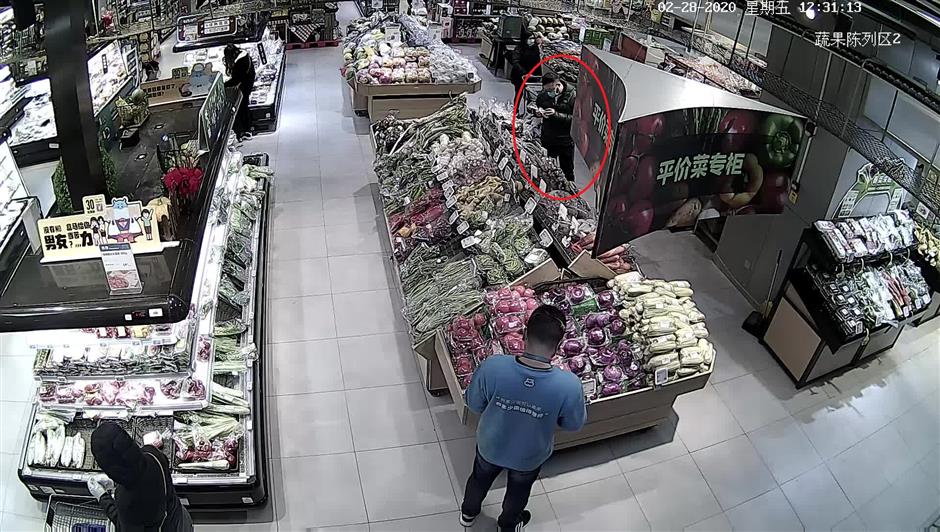 The suspect is caught on camera appearing to remove barcodes from vegetables. 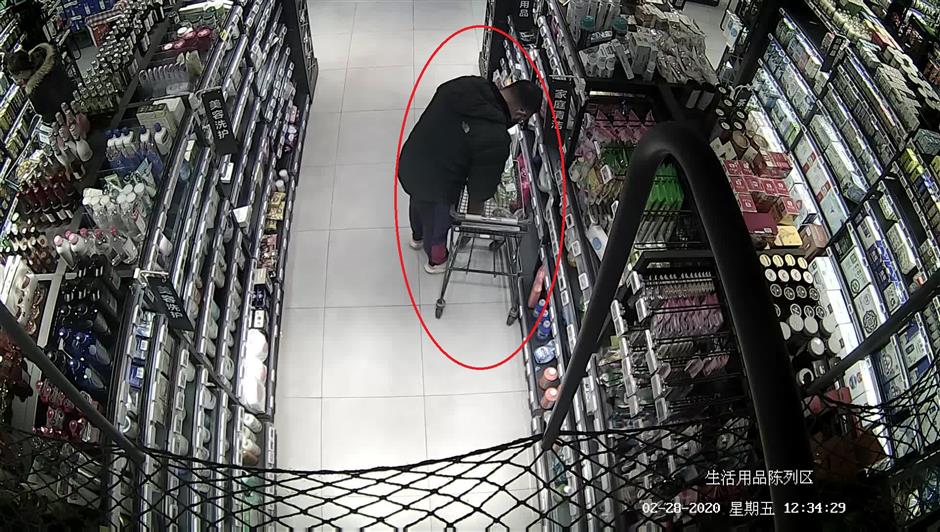