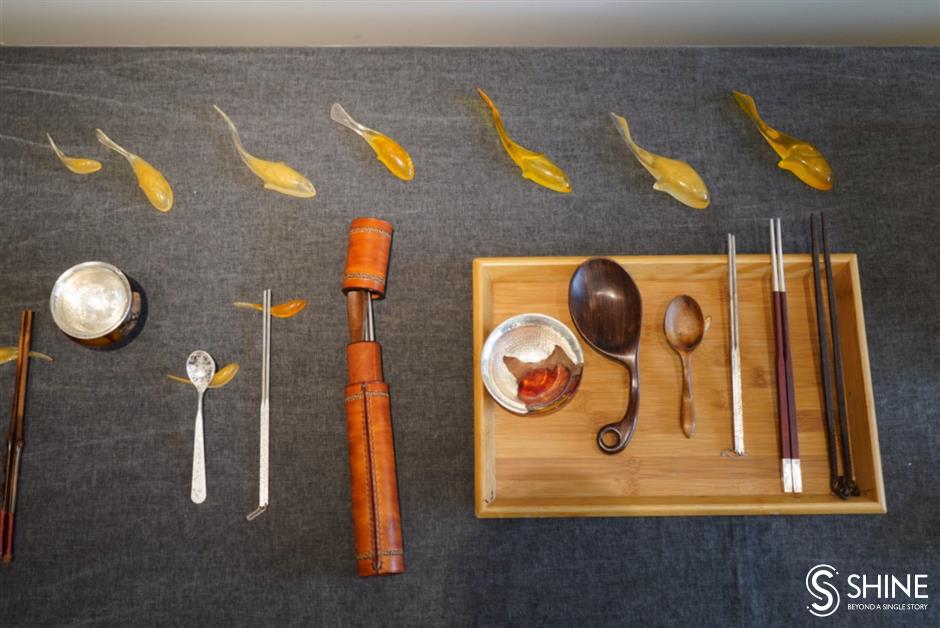 Chopsticks and spoons designed by artists are displayed at the Tangzhen Cultural Creative Center. 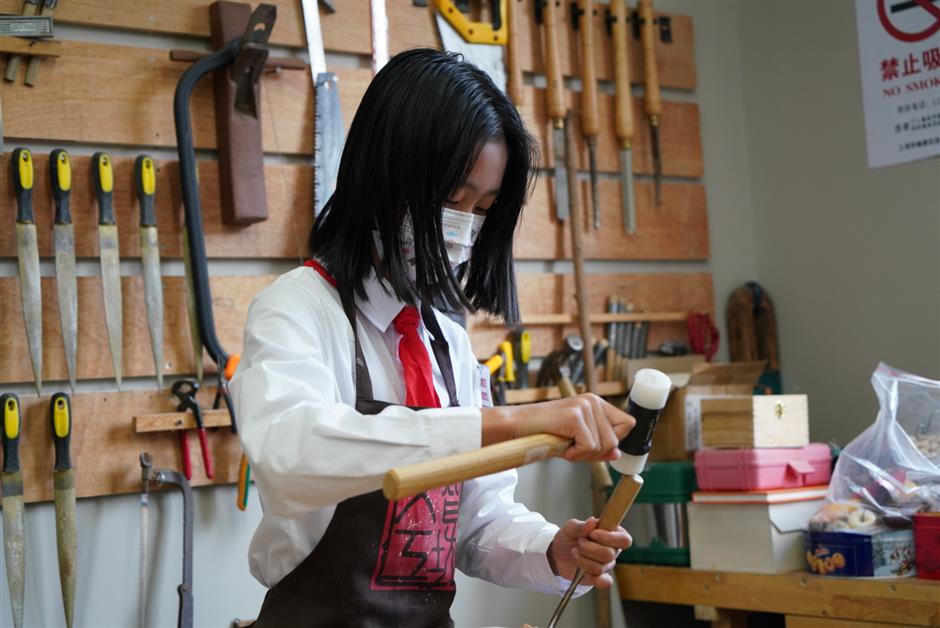 A girl makes serving utensils in the DIY workshop at the Tangzhen Cultural Creative Center.

A competition to design serving utensils has been launched in the Pudong New Area to promote healthier eating habits.

The Chinese tradition of people sitting around a table and taking food from one plate using their own utensils increases the risk of spreading a virus. To reduce the risk, Shanghai has been promoting the use of serving chopsticks and spoons.

The competition will run to the end of May and the winning designs will be displayed at the Sunshine Paradise commercial complex in Tangzhen Town. They will also go into production and will be available to buy and for use in restaurants.

Artists in Tangzhen were invited to make chopsticks and spoons in resin, silver and lacquer, among other materials, and their work is now on display at the Tangzhen Cultural Creative Center.

The center’s Shi Junyan said the items represented Chinese aesthetics and philosophy, which are favored in the competition.

“We will open our DIY workshop to more people after the pandemic ends and they can make their own chopsticks and spoons. They can bring their design drawings and we will help them with the woodwork. Or they can simply draw on plain utensils,” she said. “We hope to raise people’s awareness of using serving utensils.”

Zhang Teng, director of Pudong’s cultural industry promotion center, said the competition was a healthy combination of culture and lifestyle. For the cultural industry, it is an opportunity born out of a crisis, he said.

The pandemic has dealt a huge blow to the cultural industry.

A pillar industry in Pudong, the cultural sector contributed nearly 13 percent of its GDP last year. In the first six months of 2019, the five major cultural venues on the former Expo site, including the Mercedes-Benz Arena, had 3.78 million visitors.

In sharp contrast, the pandemic had forced all cultural venues to close. To date, the five venues are still closed. In addition, many small and medium-sized cultural companies are struggling to survive.

“Some of the cultural companies have found a way to save themselves by exploring the market in the post-pandemic period,” Zhang said, citing the example of Pudong-based fine bone china brand Miracle Dynasty.

“Their efforts have greatly inspired us. The healthy lifestyle of using serving utensils which we are promoting actually offers new market opportunities,” Zhang said.

He added: “We hope to combine fashion in our traditional dining culture, and reach the social consensus of using serving utensils, starting from neighborhoods in Tangzhen.”