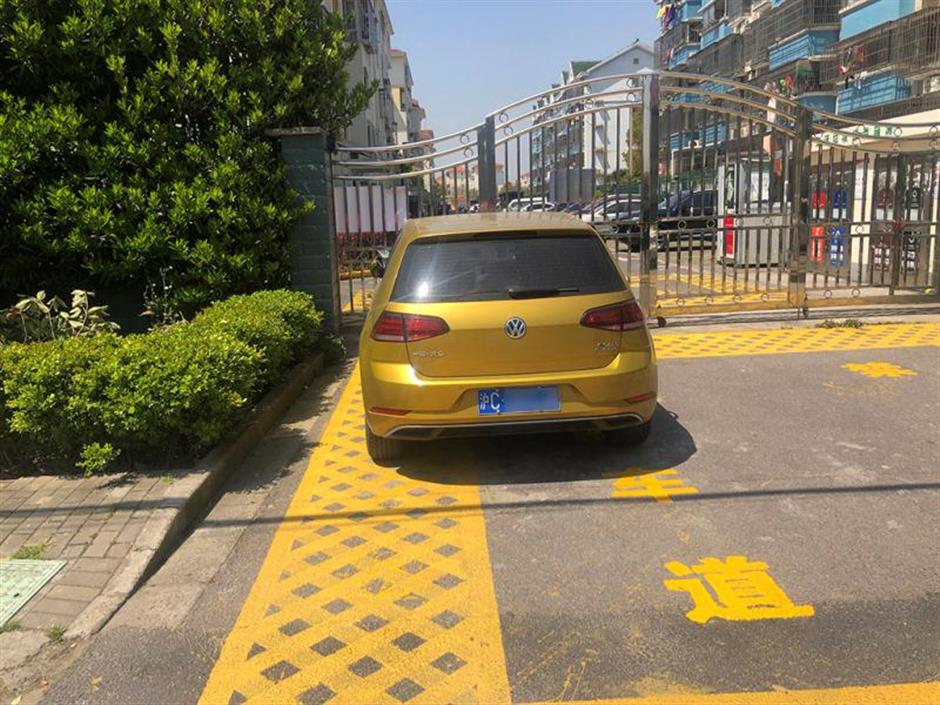 The man's car is parked in the fire passage at a residential complex.

A man recently contacted police to report that his car was missing, only to find that it had been towed away for blocking the fire entrance of his residential complex, authorities on Thursday.

Officers from Fengcheng Police Station inspected the complex on Tuesday afternoon for fire-safety violations and found a yellow Volkswagen parked in a fire passage clearly marked by yellow lines.

No one was inside the car, and officers failed to contact the owner of the vehicle. Police say they had to tow the vehicle away in case it blocked fire vehicles from entering the complex.

Officers told property management staff at the complex to have the cars owner contact them, but what they didn't expect was to get a call the next day from the vehicle's owner, surnamed Li, to report the car missing.

Li was fined 200 yuan (US$28) for blocking the fire passage, and also made to pay towing and parking fees.

Local fire authorities, police and other officials are in the midst of a city-wide campaign to clear residential fire passages. 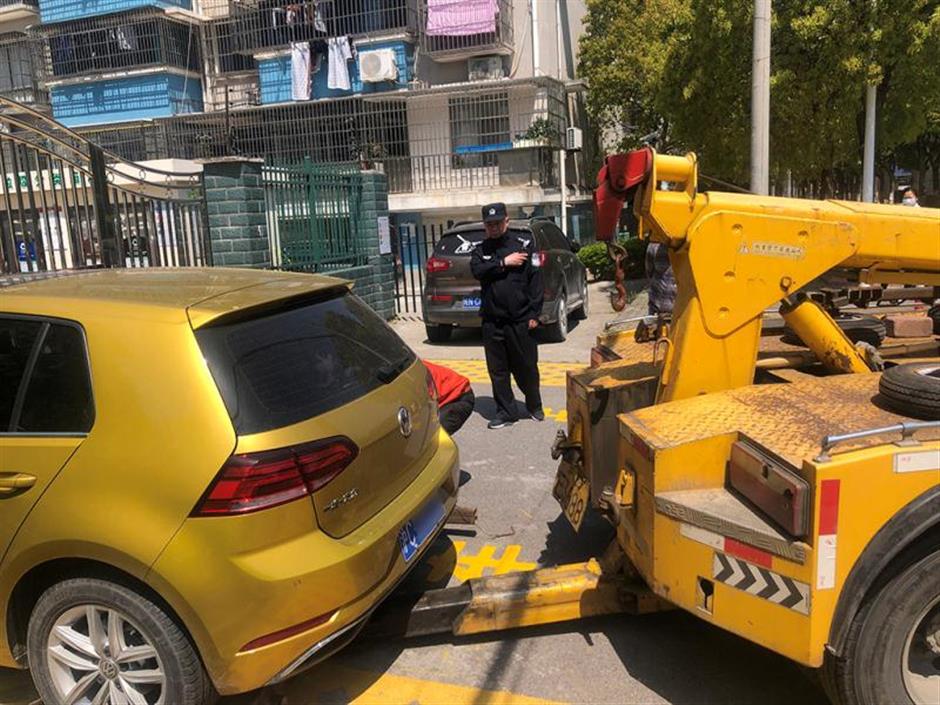 The car is towed away for blocking the fire passage.