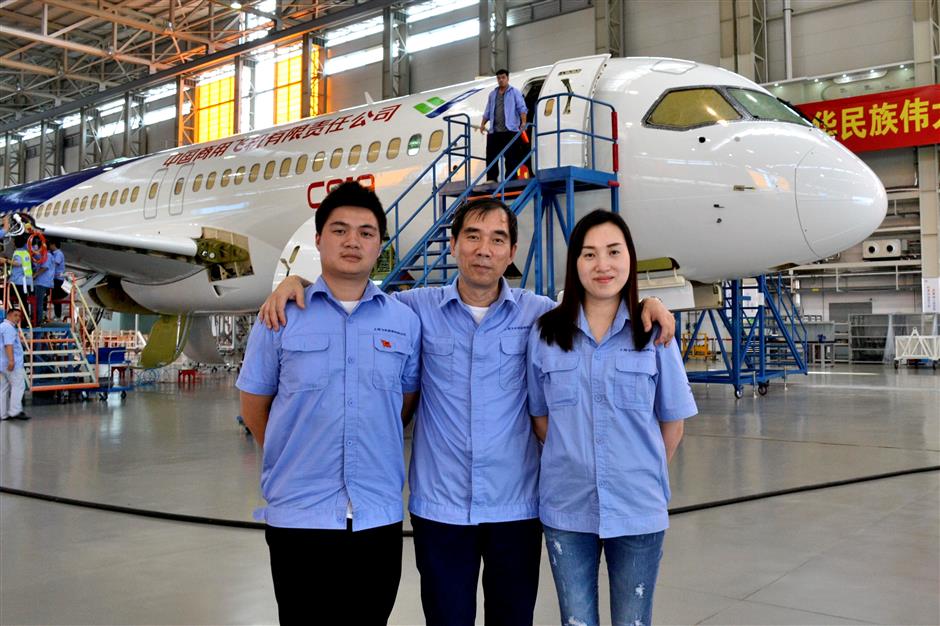 Meng Jianxin (center) with his daughter and son-in-law

Forty families were honored as the country’s most beautiful by the All-China Women's Federation on Wednesday, the 26th International Day of Families.

They included Meng Jianxin’s family, where three members are dedicated to the development of domestic airplanes.

Meng is the deputy director of the C919 division under Shanghai Aircraft Manufacturing Co Ltd of the Commercial Aircraft Corporation of China. Since 1980, he has been working to develop China’s own airplanes, making great contributions to the first domestically developed narrow-body passenger jet, the C919.

His daughter became an engineer in the company, and married a colleague.

Chen Caixuan's story touched many hearts. He had wrote many love letters to his wife for the 14 years they were apart because of work. The long separation didn’t weigh heavily on their relationship, instead it brought them closer together.

Fang Jiang suffered severe injuries when he stopped a knife attack, and the four generations of his family are all active volunteers in their neighborhoods.

Surgeon Lei Zhenyu was told that his father-in-law had died and his son was diagnosed with leukemia when he was preparing to go to Morocco to offer his medical services. But his family didn’t ask him to stay, and his wife was strong enough to take care of the family.