Taking out the garbage 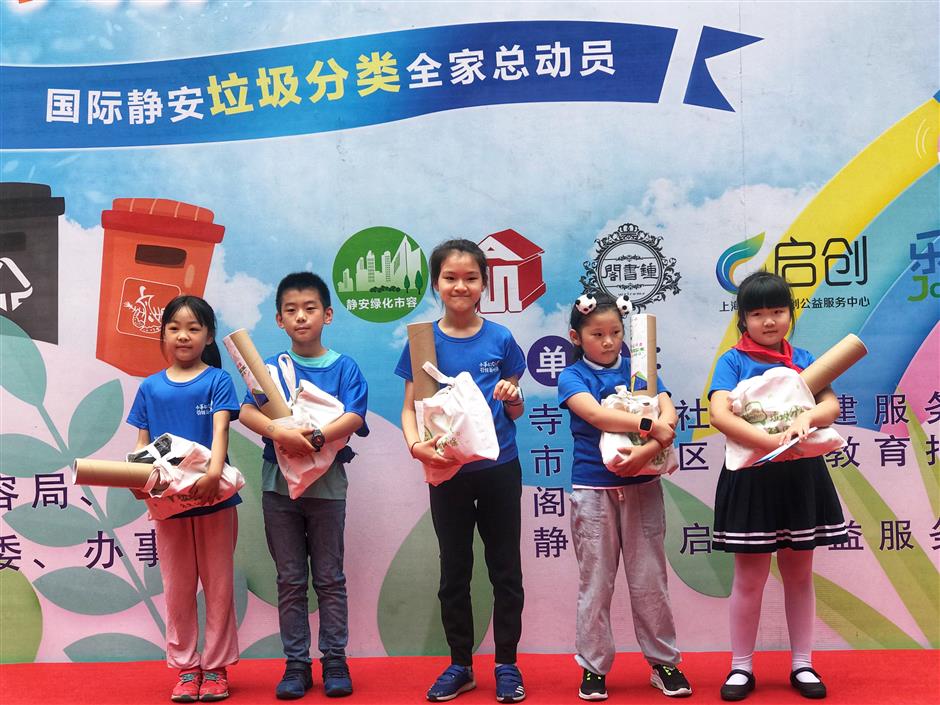 Winners of the “plogging" event, with their awards 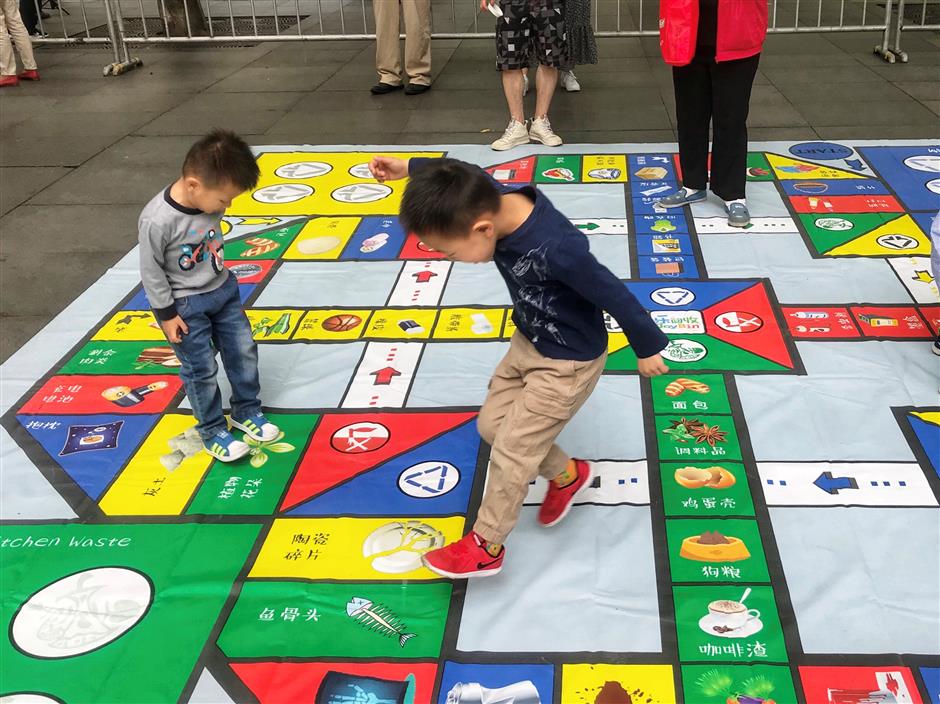 Children play on a specially-designed giant game board that tests their garbage-sorting knowledge.

Shanghai kids went “plogging” -- jogging while picking up trash -- at Jing’an Park to call for better protection for the environment on Saturday, marking International Children’s Day.

Toys in the shapes of hamburgers, bricks and bottles, among other trash, were scattered around the park, and children picked them up while running around.

Then, they were ordered to sort the toy garbage into the right litter bin.

It is one of the interactive activities and games launched by the Jing'ansi Subdistrict to teach people how to sort garbage.