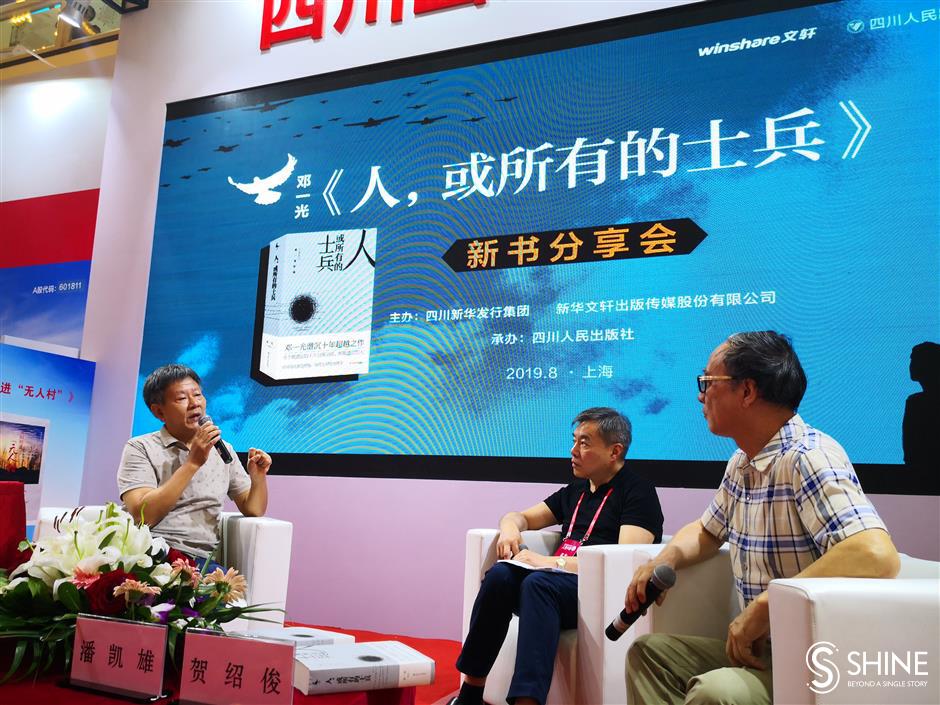 Chinese novelist Deng Yiguang talks about his new book “Men, or All the Soldiers” at Shanghai Book Fair on Thursday.

Chinese novelist Deng Yiguang talked about his new book on the Japanese invasion of Hong Kong in 1941 at the Shanghai Book Fair on Thursday, the day that also marks the surrender of Japan in World War II.

Deng spent about 10 years writing “Men, or All the Soldiers,” which was published last month by Sichuan People’s Publishing House.

The book of more than 700,000 words describes how Japanese took occupation of the city from December 8 to 25, and how prisoners from various countries lived miserably for three years and eight months in a prison camp set up by the Japanese.

Deng said the history of Hong Kong's occupation was a topic rarely mentioned but that should not be forgotten.

To write the book, he visited Hong Kong several times to collect about 10 million words of archives and more than 100 gigabytes of video material to verify facts about the 18 days of battle.

Deng said the story in his new novel could happen in any war.

“What I want to write is not the war itself, but human nature,” he said. “Human beings have the right for fear and fears make people keep going.”

He Shaojun, deputy director of the Chinese Association of Contemporary Literature, praised the novel for depicting the battle not just as part of the war between China and Japan, but part of the whole World War II.