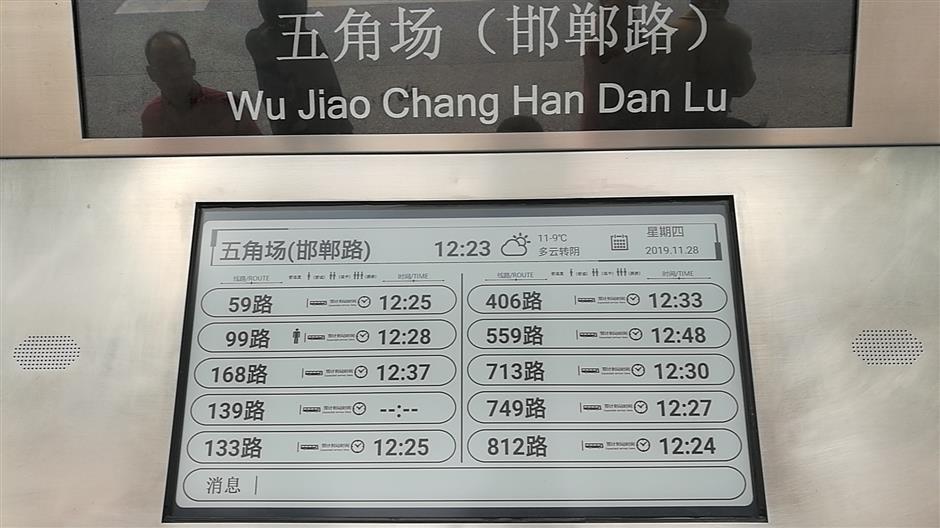 The system shows one figure on the No. 99 bus, meaning there are still seats available on the next bus to arrive at the stop.

Passengers on the No. 99 bus route can see not only when the next bus is arriving but also how crowded it is on the digital boards at bus stops.

It’s the result of cooperation between the University of Shanghai for Science and Technology and a local information service company. They jointly developed a real-time video intelligent analysis system to help both bus companies and passengers.

“Bus companies can deploy more vehicles when the system shows the ones running are too crowded, while passengers can also decide to take the next bus or wait for another one,” said Chen Qingkui, a professor at the university.

Chen said artificial intelligence technology analyses images captured by existing cameras on the bus to determine how crowded it is, with an accuracy of around 95 percent.

The university and the company are working with Shanghai Bashi No.1 Bus Passenger Service Co to test the system on the No. 99 route.

“The system has been trialed for about a year for reporting to bus operators about detailed density with specific percentage numbers, which helps them to decide deployment of buses accordingly,” said Chen. “The company recently began to use it to serve passengers, using figure signs to alert crowdedness. When there are still seats untaken, the system will show one figure on the board. Two figures means moderate and three means very crowded.”

Chen said that with the system bus companies can monitor all their buses and enable passengers to check different buses to plan their travel.

“It can also connect bus and Metro systems to make it more convenient for residents to travel on public transport,” he added.

Danny Huang, a local medicine company worker, said he was looking forward to the connected system.

“For only one bus route, the help is limited. I still have to take the bus even if it’s crowded in rush hours because I’m in a hurry and don’t know whether other buses will be less crowded,” he said. “But if I’m able to know the information of all the vehicles on my way to office, I can work out more efficient travel plans confidently.” 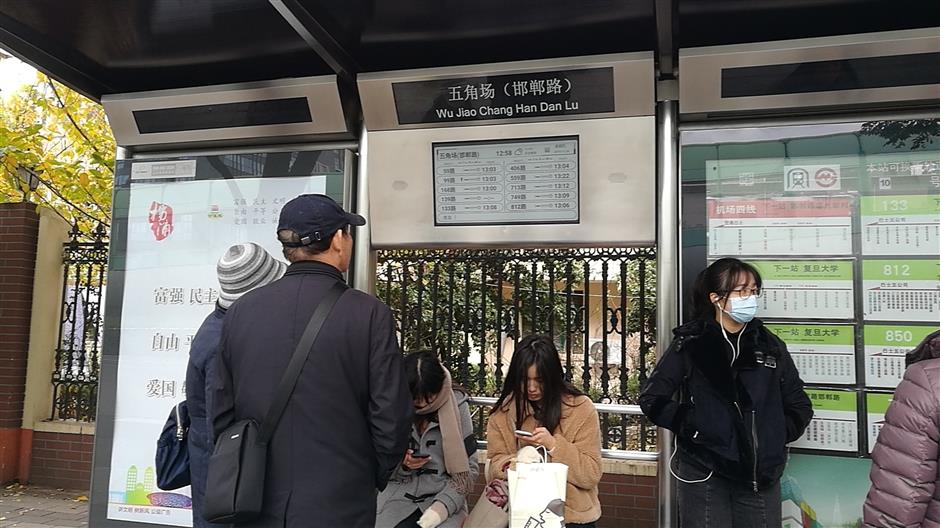 Passengers at a bus stop on the No. 99 route check out information available on the new system.