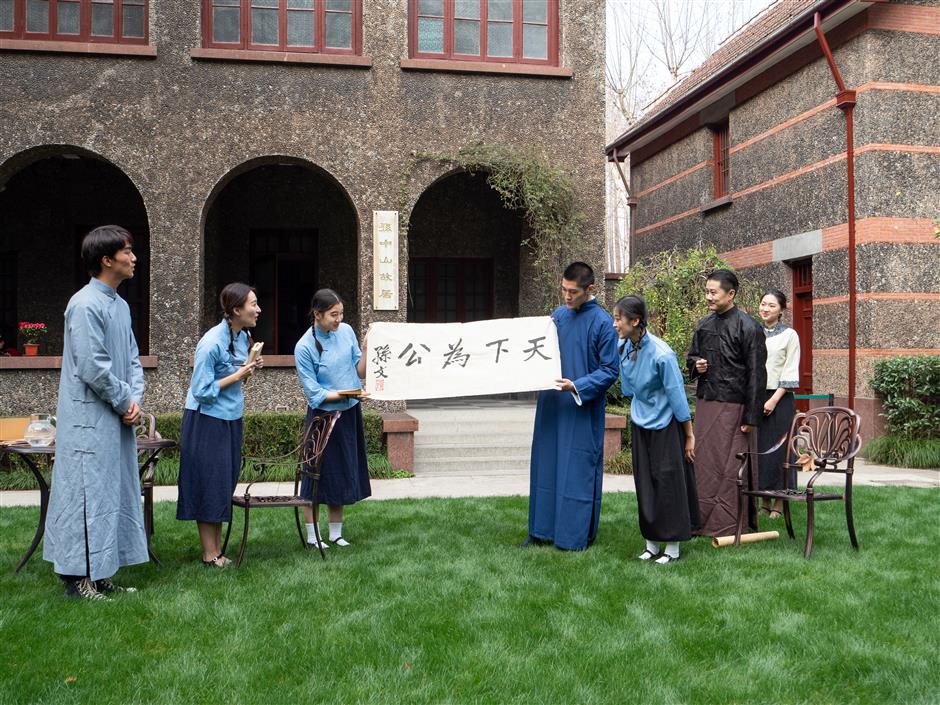 "One Day at a House on Rue Moliere" is performed in front of the house where Sun Yat-sen wrote "The International Development of China."

A play about Sun Yat-sen writing "The International Development of China" was staged at his former residence on Xiangshan Road in Shanghai, formerly known as Rue Moliere, where he composed the masterpiece.

"One Day at a House on Rue Moliere" was created by the commission that manages the cultural estate of Sun and his wife Soong Ching Ling, along with the Shanghai Institute of Visual Arts, in celebration of the book's 100th anniversary.

The play centers on a single day in the couple's life and their ideas on the development of China. It combines history, politics and art as well as their dreams and mission. It debuted at Shanghai Institute of Visual Arts and has been staged at schools and theaters around the city, with more than 5,000 audiences comprised of government officials, university leaders, researchers, people from patriotic education centers and university students.

When the play was staged on the lawn of Sun's former residence, now a memorial to him, people living nearby were invited to join the audience. The viewers exceeded organizers’ expectations and many had to stand throughout the performance.

“It’s my first time to watch a play in such a setting,” a man surnamed Wang who lives nearby told Shanghai Daily. “Sun is a great figure in China and I feel proud to live near his home. The play has so vividly shown the image and life of Sun and makes me feel that he’s so close to us.”

Sun and Soong lived in the house from 1918 and it was there he met representatives of the Communist Party of China such as Li Dazhao and Xiang Jingyu as well as Bolshevik Comintern official Grigori Voitinsky. Soong also received many foreign friends there and introduced them to China.

After Sun's death, Soong continued to live there until 1937. As a memorial, the former residence is now an exhibition center presenting Sun's life. 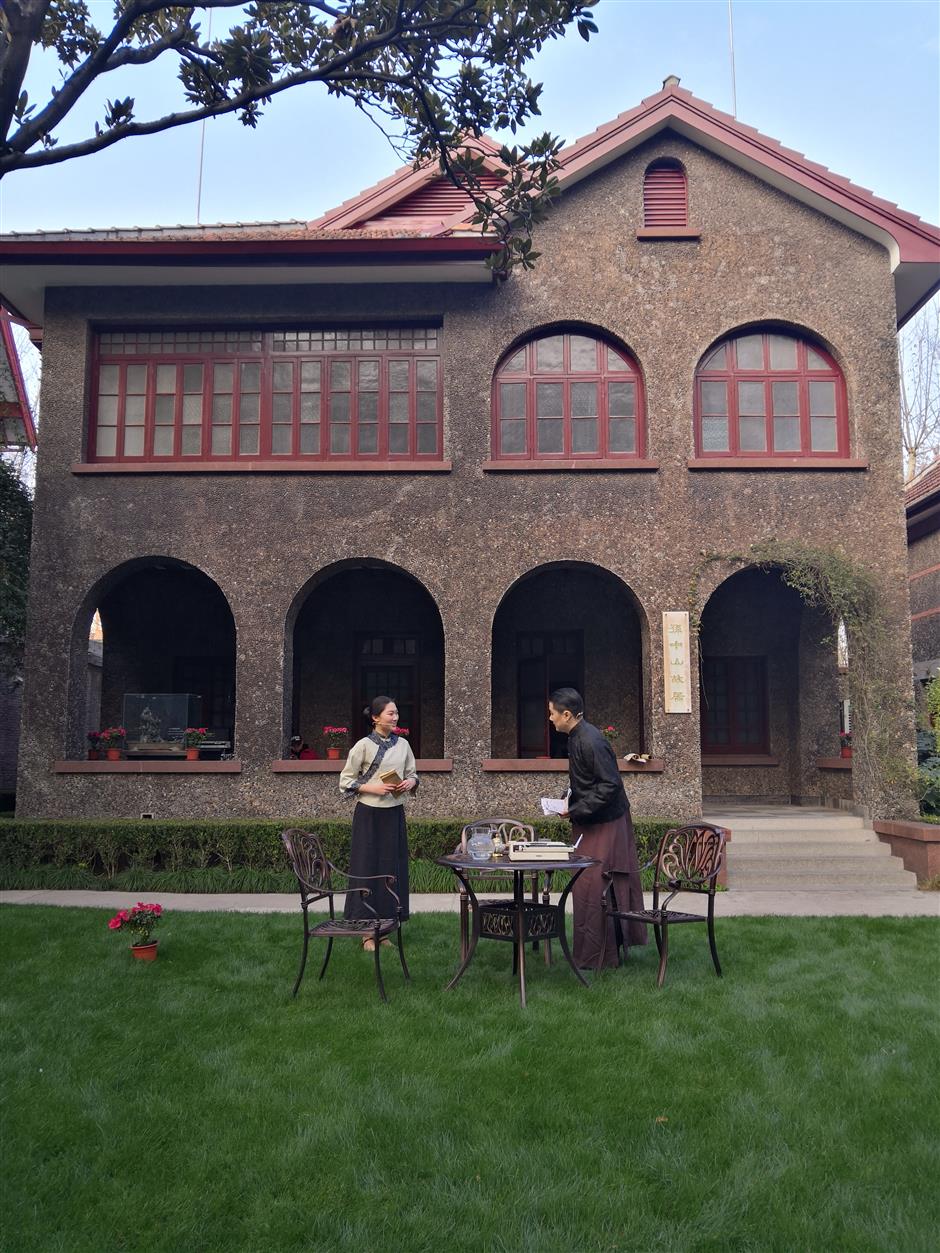