Tourism rebound expected in May as epidemic ebbs, says survey 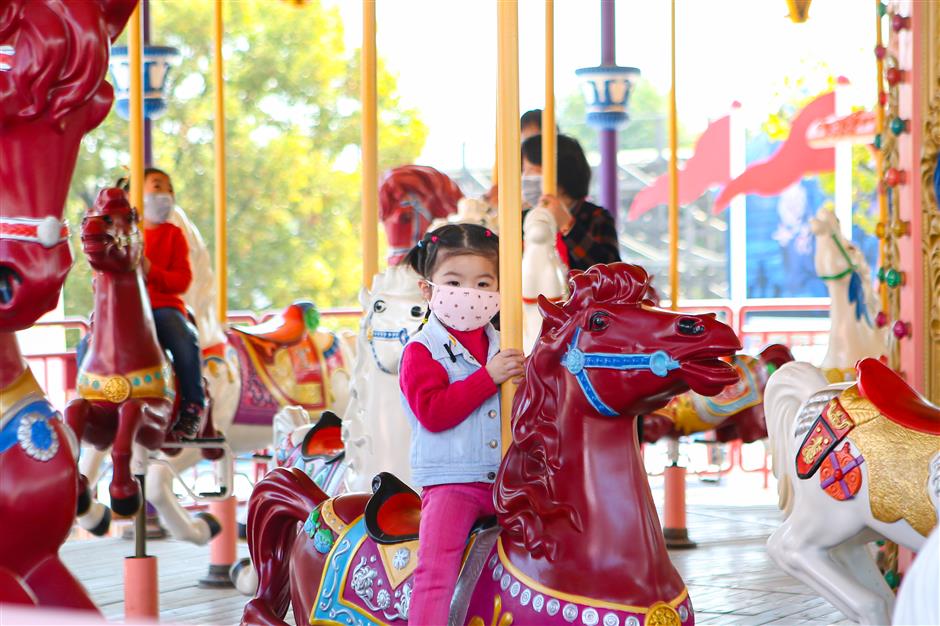 A girl takes merry-go-round at Shanghai Happy Valley in Songjiang District, which reopened on Friday.

A tourism rebound is expected in May as a survey revealed people's intention to travel within the country, with May the most chosen month.

The survey by China Tourism Academy and Trip.com released on Friday covered nearly 15,000 people from over 100 cities. Over 85 percent are aged between 18 and 45 years old.

Among the respondents, 20 percent said safety measures by travel operators would be the biggest impetus, followed by holiday arrangements (19 percent) and discounts of tour prices (18 percent).

If the coronavirus is totally under control, 43 percent interviewees said they would travel in the first half of this year, with 16 percent choosing May, followed by June, July and August (15 percent each).

The impact of the epidemic on tourism is temporary, and domestic travel will recover first, said tourism researcher Peng Liang.

Spring outings, flower destinations, and beach resorts are some of the most chosen options. These include Wuyuan, in Jiangxi Province, known for rapeseed blossom, Luoyang, in Henan Province, famous for peonies and Yellow Mountain, in Anhui Province.

Intra-city group tours have been given the green light, while a ban still remains in effect on cross-province or cross-city tours.