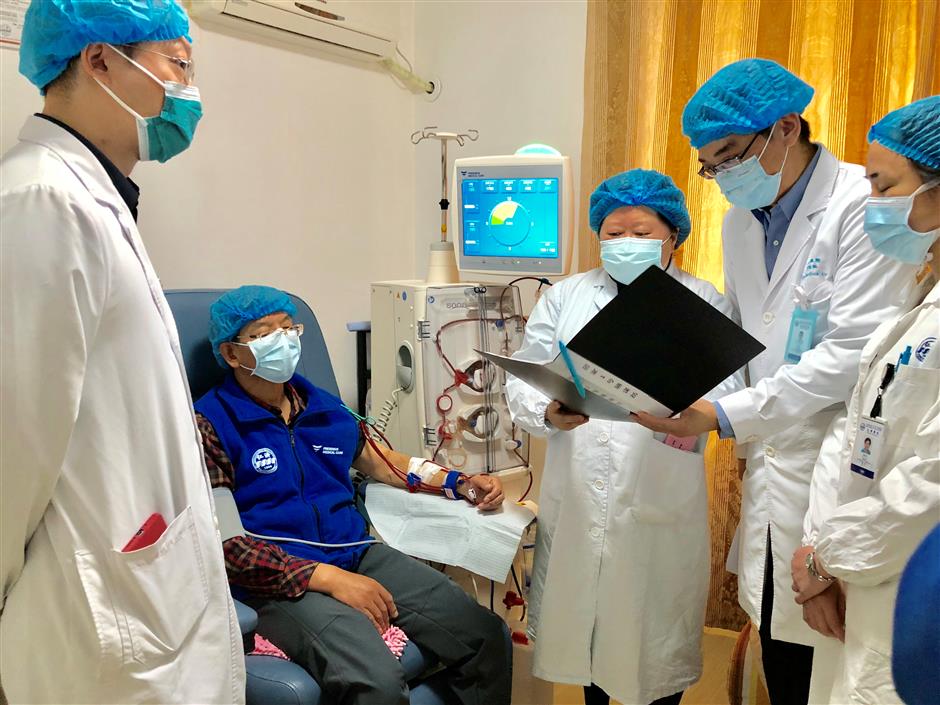 Doctors from Renji Hospital check their notes as the patient surnamed Luo receives hemodialysis at home.

A patient with kidney damage had hemodialysis at home on Monday, a first for a patient on the Chinese mainland.

After more than six months training at Renji Hospital, the only licensed home hemodialysis technology access facility in the mainland, and undergoing a thorough evaluation and passing a test, the patient surnamed Luo was able to receive treatment at home instead of in hospital.

“Home hemodialysis is a treatment where the patient operates the dialysis machine at home by him or herself. So a very strict safe and training program is offered. Before that, we must evaluate the patient’s health condition and the living environment to ensure safety and feasibility of such a practice,” said Dr Ni Zhaohui, director of Renji Hospital’s nephrology department.

The incidence of chronic kidney disease among adults in China is 12 percent and the country has 1 to 2 million people with uremia, or kidney damage. Home hemodialysis, as an advanced treatment for patients with terminal kidney failure, has been carried out in the West for over 60 years. Patients can enjoy a better life quality and better treatment quality than those who must go all the way to the hospital for dialysis two to three times a week.

“Home hemodialysis also can reduce the risk of cross infection like HIV/AIDS, hepatitis B and C and the current novel coronavirus,” Ni said. “Staying at home for the treatment is much safer than visiting hospital frequently during the pandemic.”

Renji was approved to carry out home hemodialysis in September 2018.

During a trial operation, doctors picked four candidates, including Luo, who has been having dialysis at the hospital for over three years.

Luo was licensed as the first patient to carry out home hemodialysis on December 23 last year.

Renji sent medical staff and engineers to install the necessary equipment at Luo’s home and he finally started his home dialysis on Monday. The 4-hour process ran smoothly and Luo said he was happy he could arrange his own times and needn’t go to the hospital three times a week.

“The program is only in its trial stage, which may last for two years, and we will perfect our practice during the process,” Ni said. 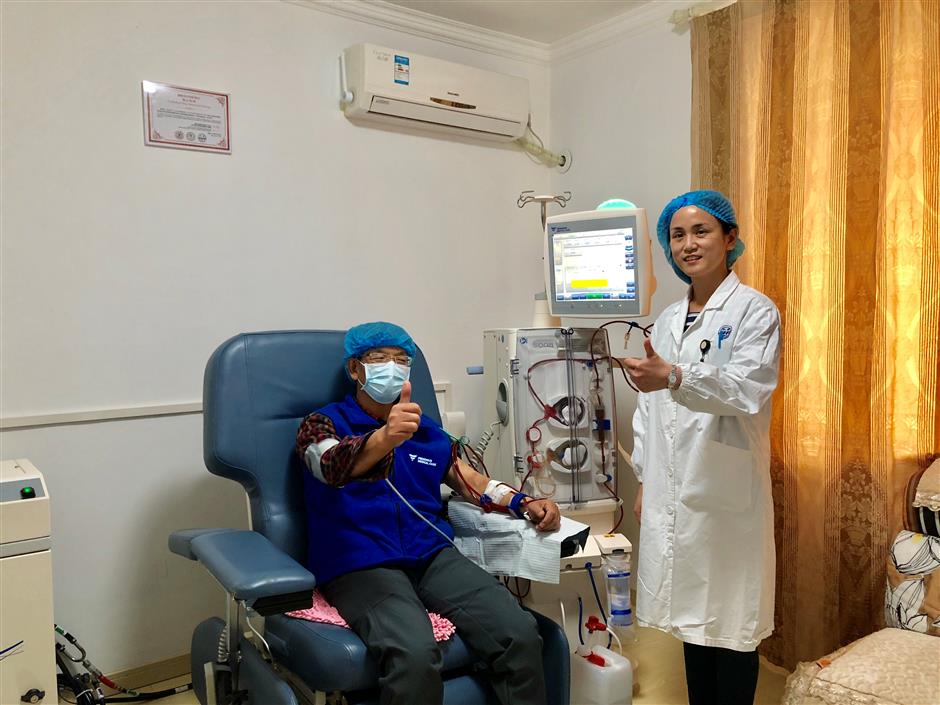 Luo gives a thumbs up after the success of his dialysis at home.