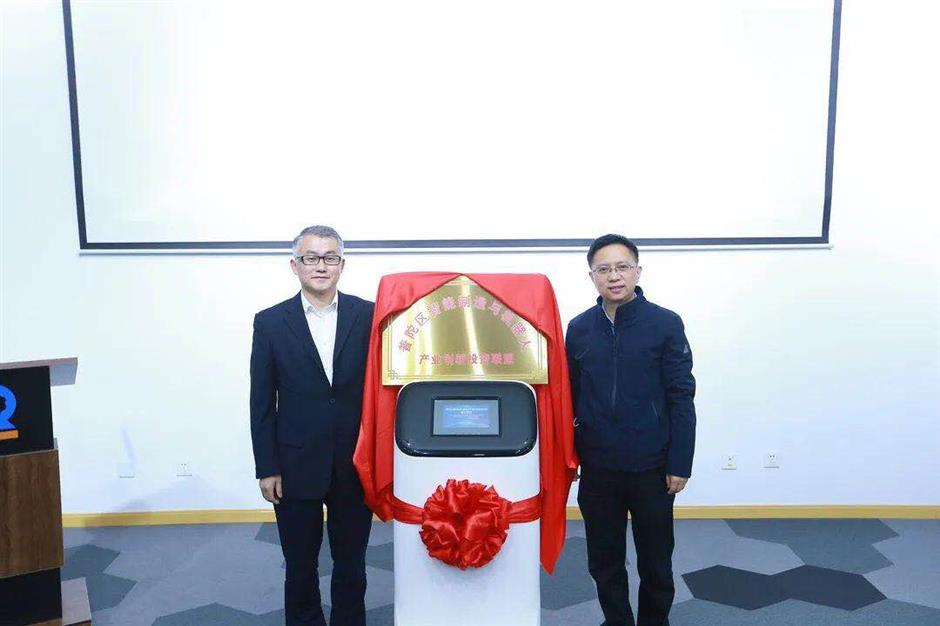 Li Wenbo (right), director of Putuo’s science and technology commission, unveils the Putuo Intelligent Manufacturing and Robotics Investment League with another official and a robot.

The Putuo Intelligent Manufacturing and Robotics Investment League will create an exchange and cooperative platform between companies and investors, especially those in small and medium-size, said Wei Jing, deputy director of Putuo.

"The robotic projects with wide applications and high technological content will gain strong financial support with the help of the new league," Wei said at the founding ceremony.

A number of robotic and intelligent manufacturing projects have been developed at the institute. It is expected to achieve major breakthroughs in unmanned factories, the industrial Internet and "touchless" delivery services in the near future, Wei said.

"Though the demand for industrial robots is declining in China, various service robots will have broader applications," said Wu Xiaodong, vice president of the Shanghai Electrical Apparatus Research Institute.

During the novel coronavirus outbreak, medical service robots called Mumu developed by the institutes were sent to Wuhan, former epicenter of the pandemic to assist medical staff. They were deployed to Tongji Hospital and Wuhan Central Hospital which mainly treated COVID-19 patients, said Wu.

Other robots, such as drones used to deliver COVID-19 prevention materials as well as transport, disinfection and temperature check robots have played practical roles in the country's fight against the pandemic, he said.

With the help of the new league, more intelligent robots are expected to be developed and enter the market more quickly, according to the institute. 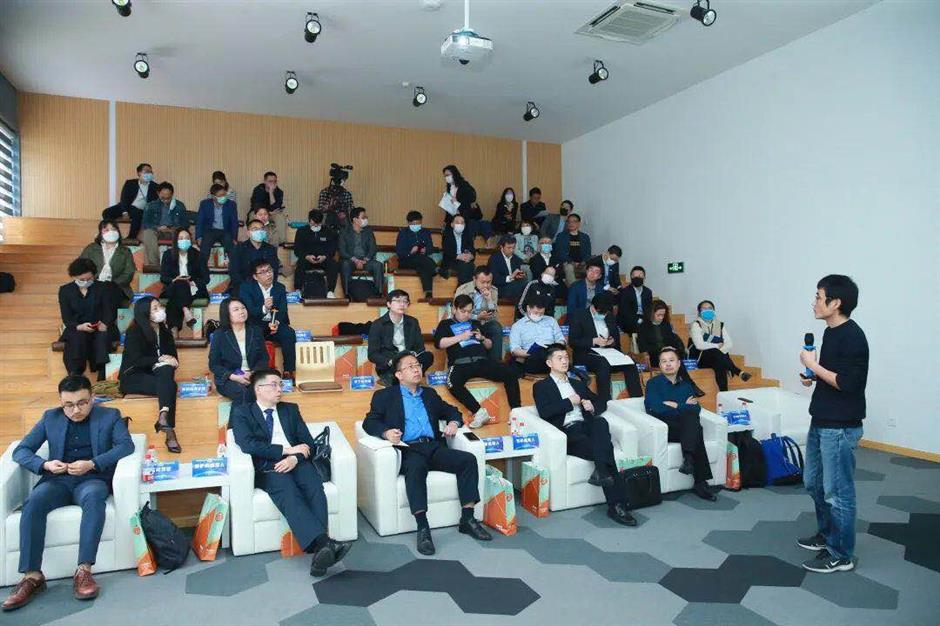 A researcher from a robotics startup in Putuo District promotes the company's products to potential investors.