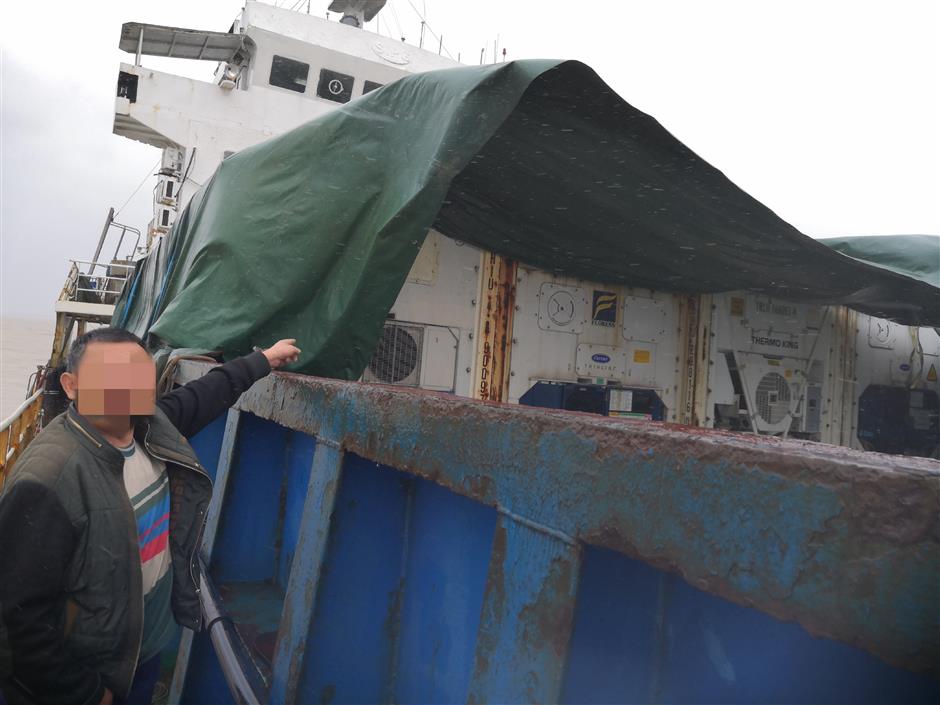 One of the suspects confesses to the smuggling.

Eight suspects on a ship with smuggled goods and garbage have been caught off Shanghai, the China Coast Guard said on Saturday.

Members of the Coast Guard came on the ship, which had containers covered with water-proof cloth, at 6pm on May 29.

They called for the ship to stop for a check, but it accelerated, even attempting to hit the Coast Guard’s boat.

The Guard used water cannons to stop it.

This ship, which sailed from Keelong port in Taiwan, had 40 containers with about 1,200 tons of frozen goods with no proof of origin, as well as garbage not from the Chinese mainland, according to the Coast Guard.