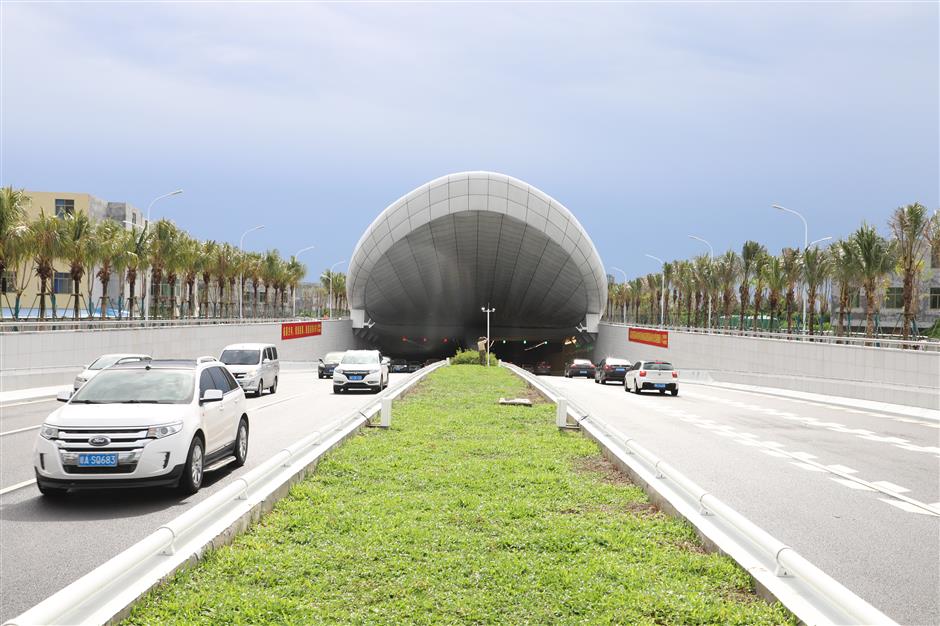 A new tunnel built by a Shanghai company and equipped with smart technologies opened to the public in Haikou, south China's Hainan Province, on Thursday.

The 4.38-kilometer Haikou Wenming East river-crossing passage, which consists of a 2.72-kilometer tunnel section, connects downtown Haikou and the Jiangdong New Area across the Nandu River.

It has reduced the distance between downtown Haikou and Jiangdong, a core area for the China (Hainan) Free Trade Pilot Zone, to about three minutes from half an hour. The tunnel has also largely relieved pressure on the Qiongzhou Bridge, the former major connection for both sides of the river.

The tunnel was built by STEC Shanghai Urban Construction Municipal Engineering Group. Smart technologies that have been used at Shanghai tunnels have been applied to the tunnel in Haikou, said Chen Taili, the project manager.

Engineers are able to control over 100 surveillance cameras, 54 ventilators, 31 sound facilities and nine piping stations, Chen said, on a platform that can monitor the operation of the tunnel automatically around the clock. 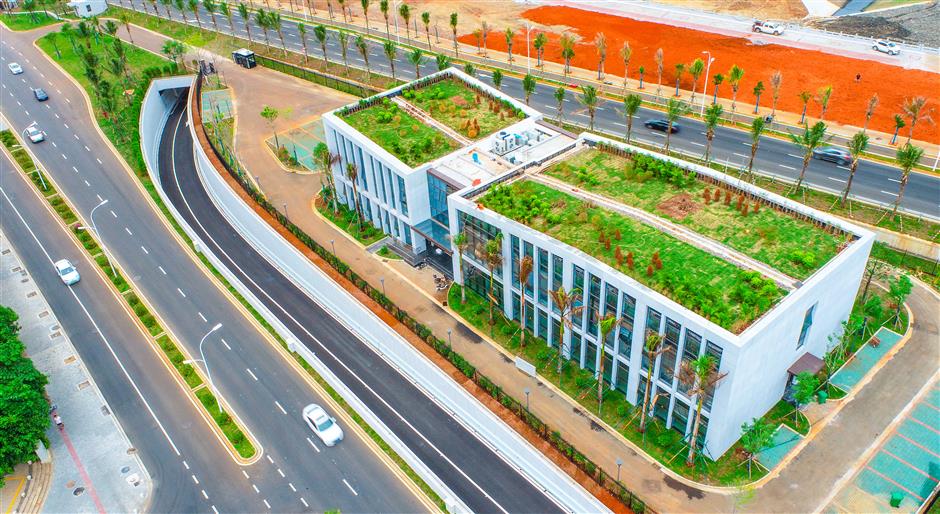 “In the event of an accident, an alert will be triggered for engineers to solve problems through the platform," Chen said.

Construction began in December 2018. A coffer was built in the middle of the river to avoid influencing the busy traffic along the waterway during construction. The project was completed two months ahead of schedule despite the novel coronavirus pandemic.

The project is a key demonstration of how "Shanghai service" contributes to urban development across the nation, according to the company. Shanghai aims to promote its brands in the service, manufacturing, shopping and cultural sectors.

It will be built into a pilot area of deepening reform and opening-up, a national experimental area for ecological civilization, an International tourism consumption center and a national strategic service guarantee area, according to the Haikou government. 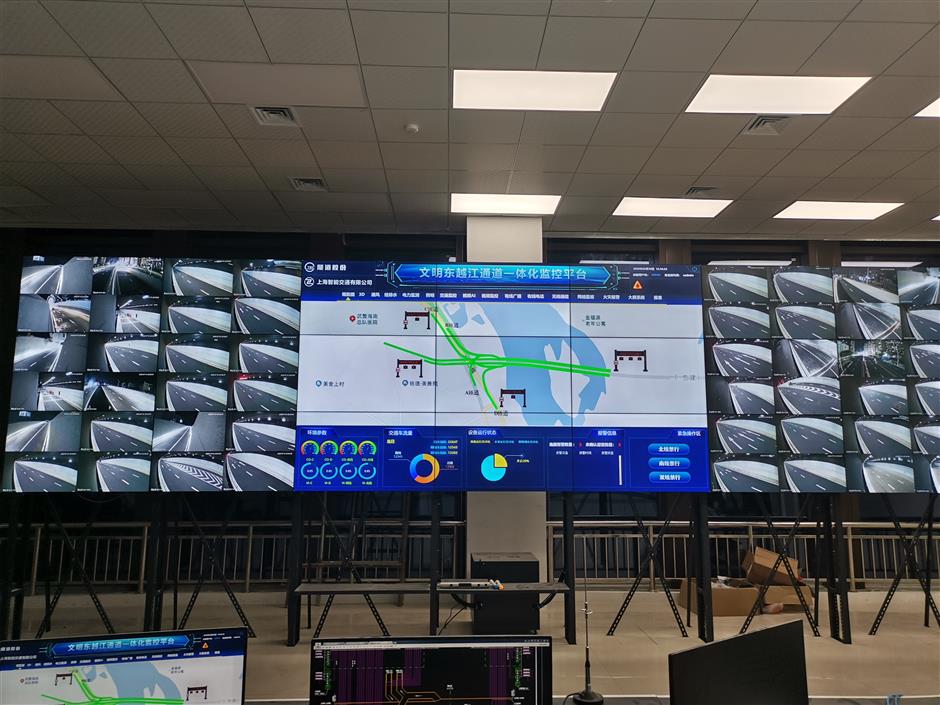 The tunnel's management and control center.