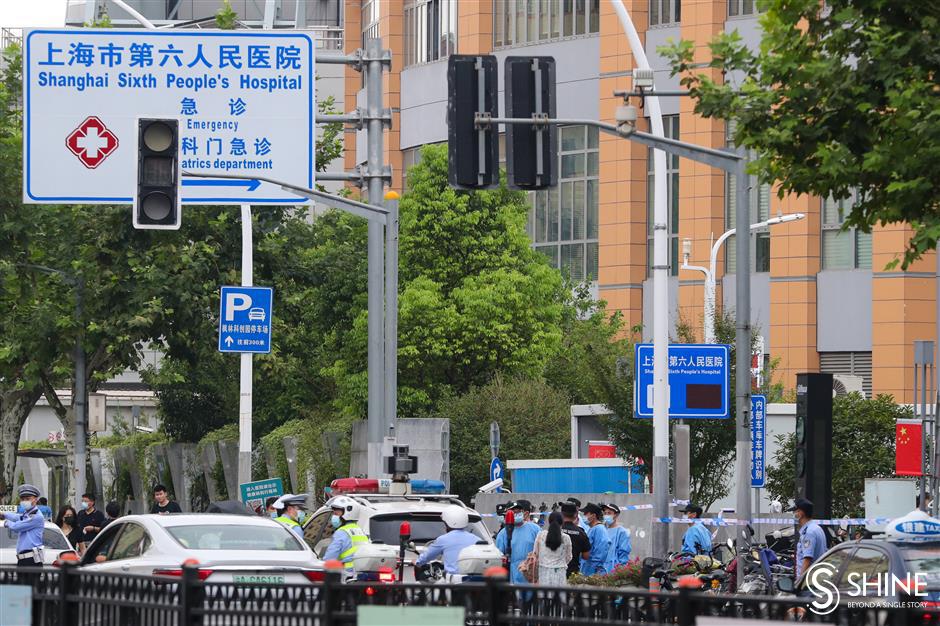 The Shanghai Sixth People's Hospital in Xuhui Distract halts operation for screening and investigation on Saturday.

All the new patients are workers at Pudong International Airport's foreign cargo aircraft operating area, according to Wu Jinglei, director of the Shanghai Health Commission. The three men, all 45 years old, and had been fully vaccinated.

They were found during the screening process under the close-loop quarantine management.

They have been diagnosed as mild cases and sent to the Shanghai Public Health Clinical Center for treatment.

The third patient and fourth patient (Saturday's first and second) are colleagues of Friday's second patient.

The fifth patient (Saturday's third) is a close contact of the fourth patient.

Their residences and related places in Pudong New Area, including Zhuqiao Town's residential complex Qianhuiyuanyicun and north area of Zhuheyuan as well as Friday's Chuansha Town's Jielonghuayuan complex and Jinjiang Inn's Donghai Town branch, have been listed as medium-risk areas in the city. All the places the patients had visited have been disinfected. 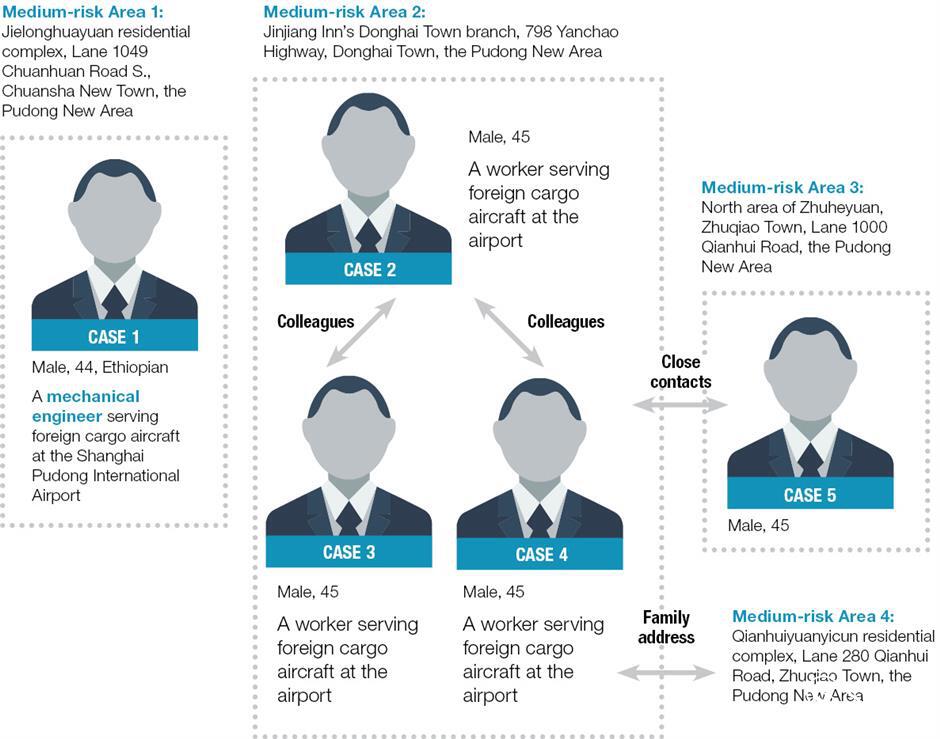 Relations of the five COVID-19 cases reported on Friday and Saturday. 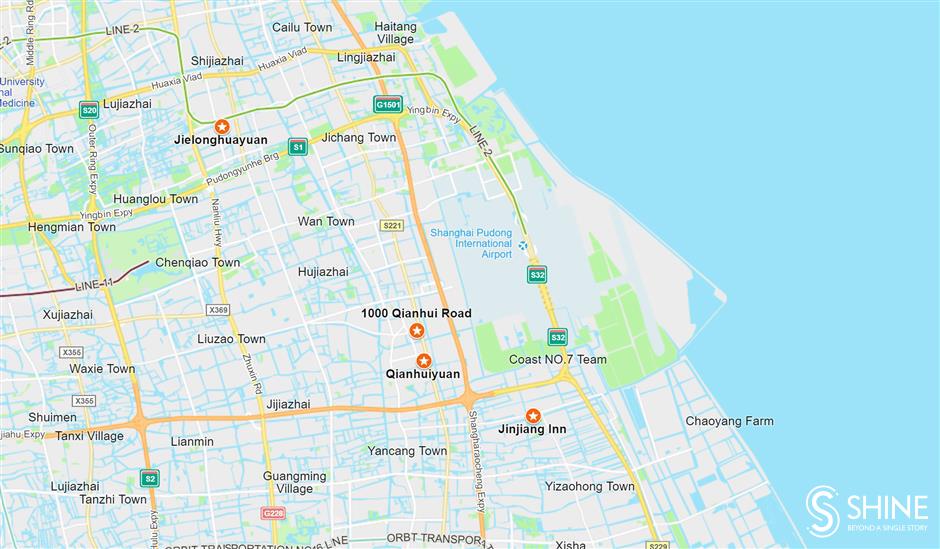 Location of the two new medium-risk regions and Jinjiang Inn, where the three patients live.

There are currently five medium-risk areas in the city, four in the Pudong New Area and one in Songjiang District. The residential complex in Songjiang is related with a female medical worker reported infection on Wednesday.

The disease control and prevention authority is conducting genetic sequencing to check how they became infected, said Wu.

So far, 120 close contacts of the new cases and their 729 close contacts have been tested and quarantined at designated places. Except for Saturday's three new cases, all the other results are negative, said Wu.

A total of 74,879 people's samples have been collected, 74,639 of them were negative and the others are being tested.

And 939 environmental samples have been collected at related sites, 14 of which were positive, and the others were negative. Among the positive samples, 13 were collected at patients' living places, the other was collected at one close contact's room.

"Ensuring medical safety is very significant," Wu said. "Those medical institutions stopped operation for related screening procedures. After the places have finished screening without discovering abnormality, they will be opened to public as soon as possible."

Furthermore, a patient, who was confirmed with COVID-19 on August 2, was discharged upon recovery on Friday, according to Wu. The case is a 53-year-old driver at Pudong International Airport's cargo terminal.

Residents are advised to maintain good habits of wearing masks, washing hands frequently, keeping social distance and immediately visiting a fever clinic if they have a fever or develop suspected symptoms. 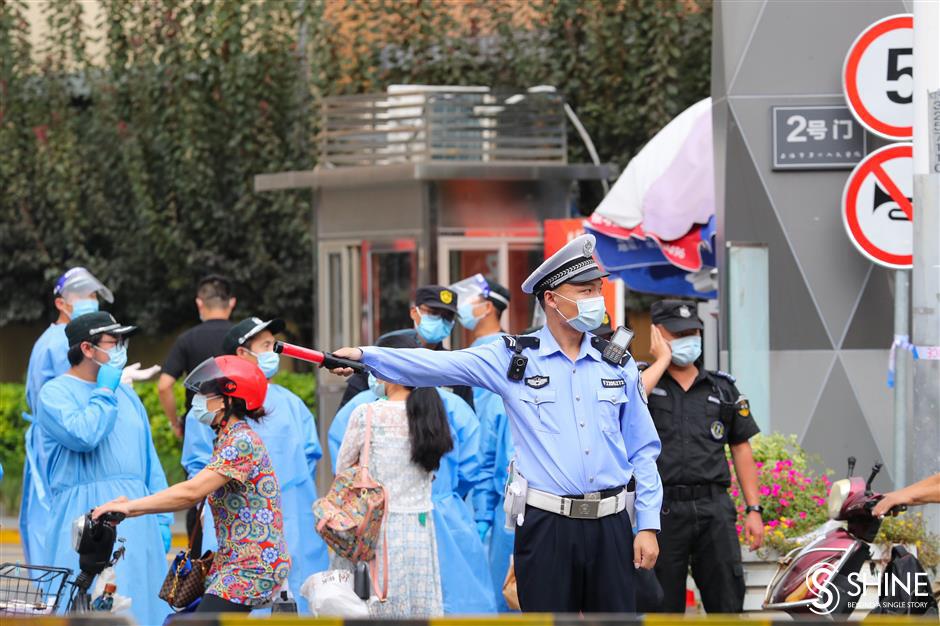 A policeman directs traffic outside the Shanghai Sixth People's Hospital on Saturday. 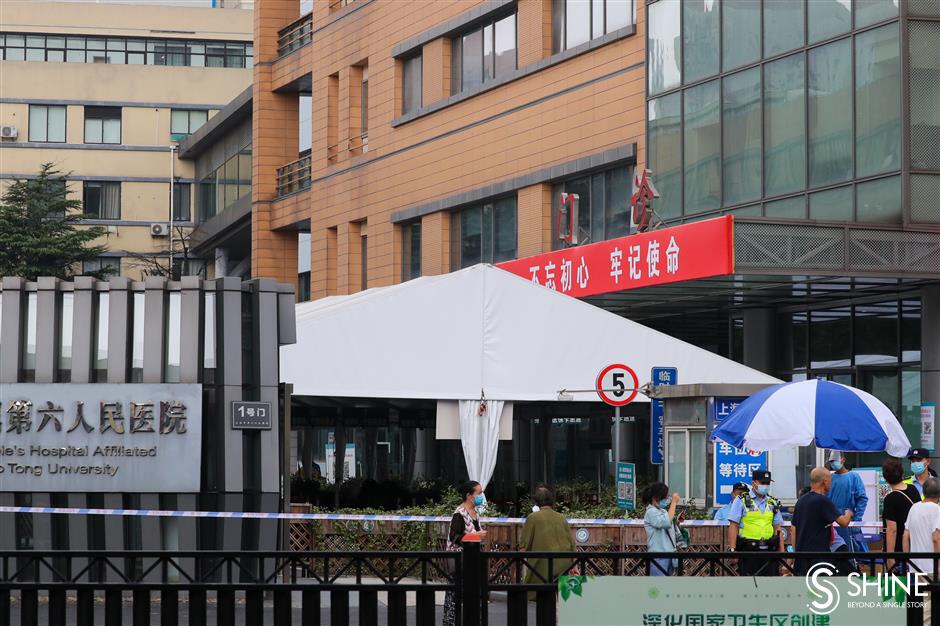 The Shanghai Sixth People's Hospital is shut down for screening on Saturday.