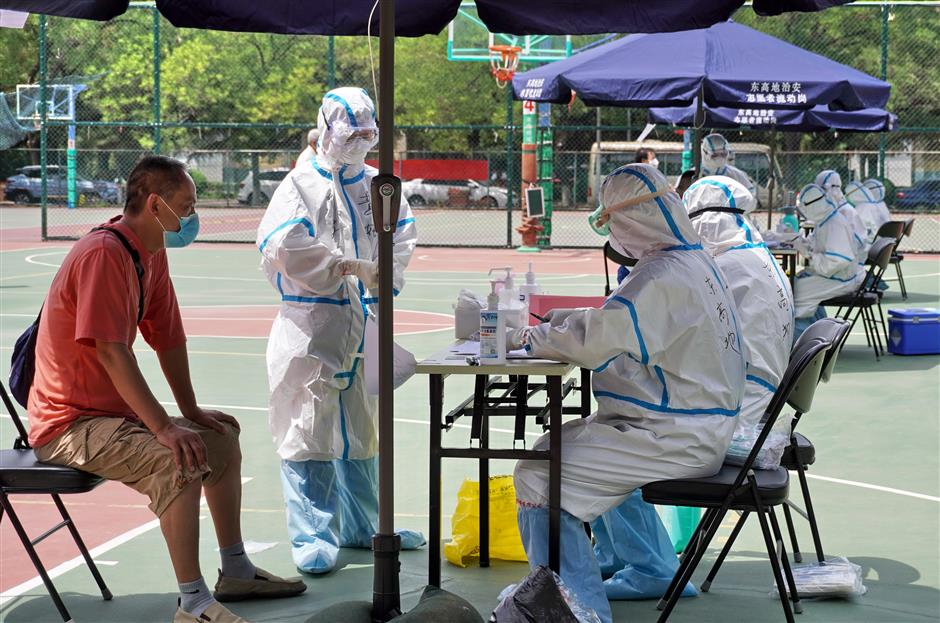 Medics in protective clothing prepare to give a swab test for COVID-19 to a resident in Beijing on June 16, 2020.

By Tuesday, Beijing had reported 557 confirmed domestically transmitted cases, including 411 who had been discharged from hospitals after recovery and nine deaths. There were still 137 patients receiving medical treatment, and 12 asymptomatic cases were under medical observation.

So far, 174 imported cases have been reported in Beijing, with one still hospitalized.