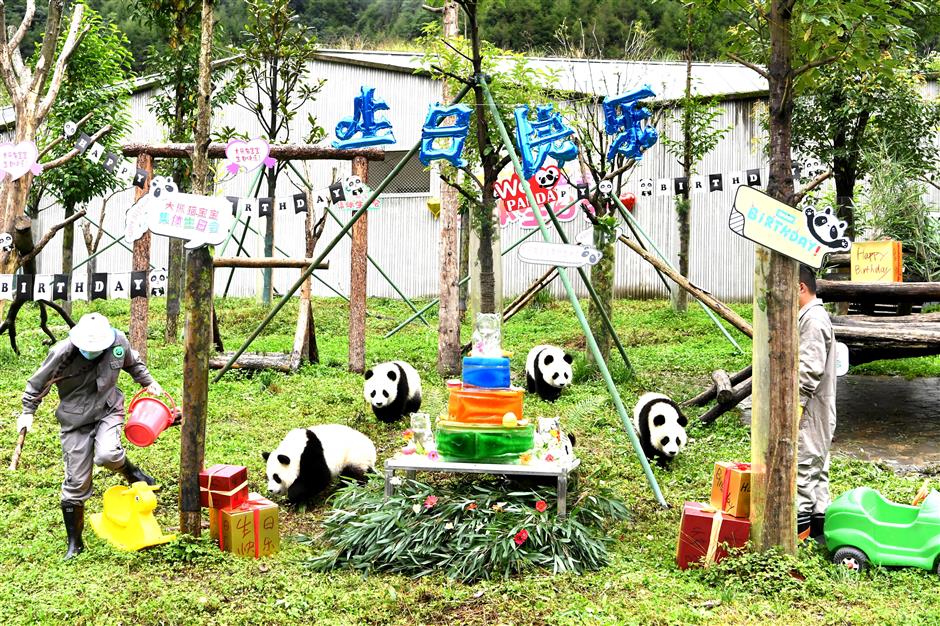 Over 10 baby pandas born in 2019 celebrated their birthday together at the Shenshuping base of the China Conservation and Research Center for the Giant Panda on Wednesday.

Under the watchful eye of their parents, the panda cubs emerged to the cheerful tune of "Happy Birthday to You" and enjoyed their three-layer birthday cake made of ice, fruits and vegetables.

Musicians from the Sichuan Conservatory of Music performed 10 songs with traditional Chinese instruments including the panpipes, bamboo flute and pipa, or the Chinese lute, for the furry youngsters.

This year's collective birthday party was postponed from July to September due to the epidemic and mudslides in flood season, according to the center. 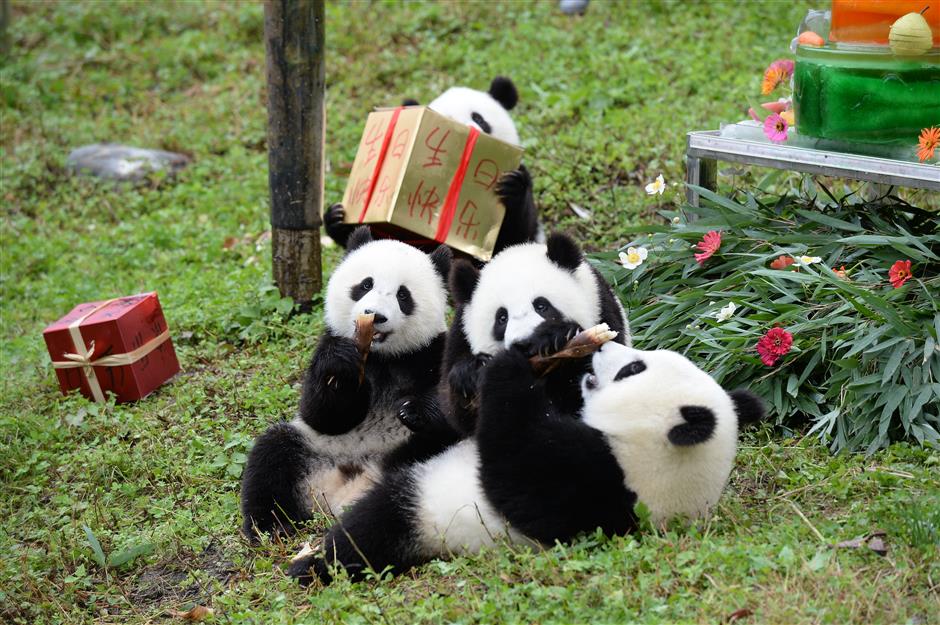