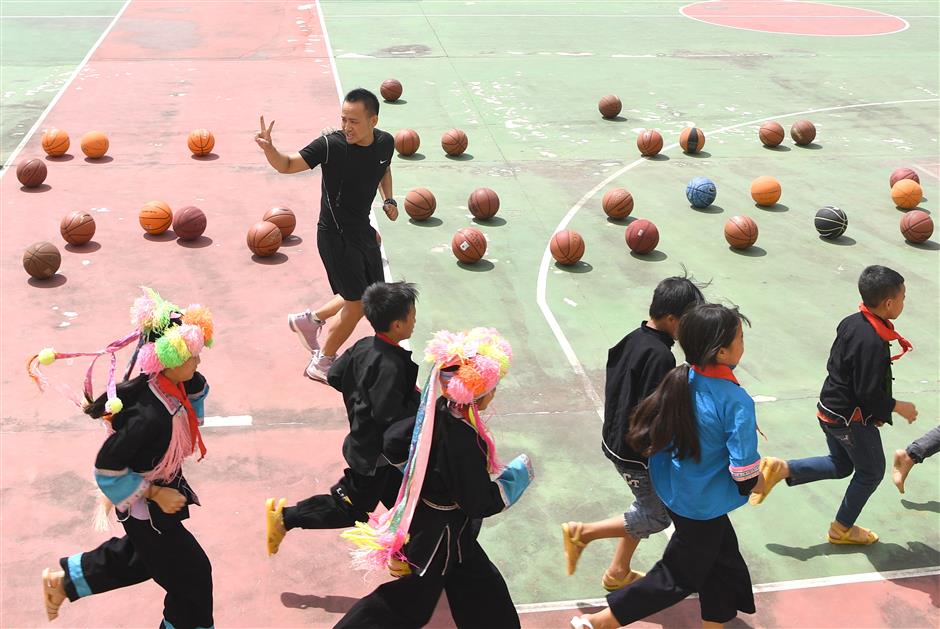 As the sound of the bell pierced the sky, students from Lanjin Primary School ran out of their classrooms with peals of carefree laughter filling the air deep in the karst mountains, and rushed toward the basketball court where Shen Yequan, a PE teacher, had been waiting them for a while.

Led by Shen, students in costumes featuring the Yao ethnic group were seen standing in lines on campus, bending, jumping and stretching their arms and legs to the accompaniment of music.

After practicing calisthenics, Shen and his students began their routine of running on the court for about eight minutes, with the crowd yelling slogans at the top of their lungs while pounding the ground.

Shen, 28, is the only PE teacher of the village school in Sicheng Township of Lingyun County, south China's Guangxi Zhuang Autonomous Region. He was assigned to teach physical education in the school in 2018 after graduating with a bachelor degree in sports.

"It's great to see students become more energetic and passionate about sports," he said. However, things were totally different before he came to the school two years ago.

"At that time, there was no teacher specifically assigned to teach PE classes," Shen recalled. "Due to a lack of physical exercise and professional training, many students were in poor health and got out of breath after a 200-meter run."

He also noticed that after school, some students either played outside with schoolmates, watched TV, or were addicted to playing mobile games, as they had no special hobbies and found nowhere to play sports in the village.

"Given that, I should apply what I have learned in college to the PE course and help children foster an enthusiasm for sports," Shen said.

To fill the need for physical education, Shen started enriching the 25-minute class break with some sporting activities. Apart from adopting broadcast calisthenics and middle-distance running, he also employed some Chinese pop songs in the workout program to have more students engaged.

"As soon as loudspeakers pump out pop songs, everything else stops. Students wave their hands, shake their bodies, turn and jump in synchronized moves, with innocent smiles on their faces. The scene is quite stunning," Shen said.

"By dancing to the catchy pop music, children are encouraged to exercise more as a way to relax themselves and enhance their fitness," he added.

At present, there are 356 students of 10 classes in six grades in the school, among which more than 340 students are Yao people. Each class should take two PE lessons a week. If the weather breaks, Shen will teach indoors theories of physical health and self-protection, or play videos of widely-viewed ball games.

"Compared with schools in towns and cities, rural schools are relatively short of sports equipment," he noted. Thanks to financial aid from authorities in recent years, the village school has bought students sets of basketball, badminton and table tennis equipment, as well as installed sports facilities, such as horizontal and parallel bars. 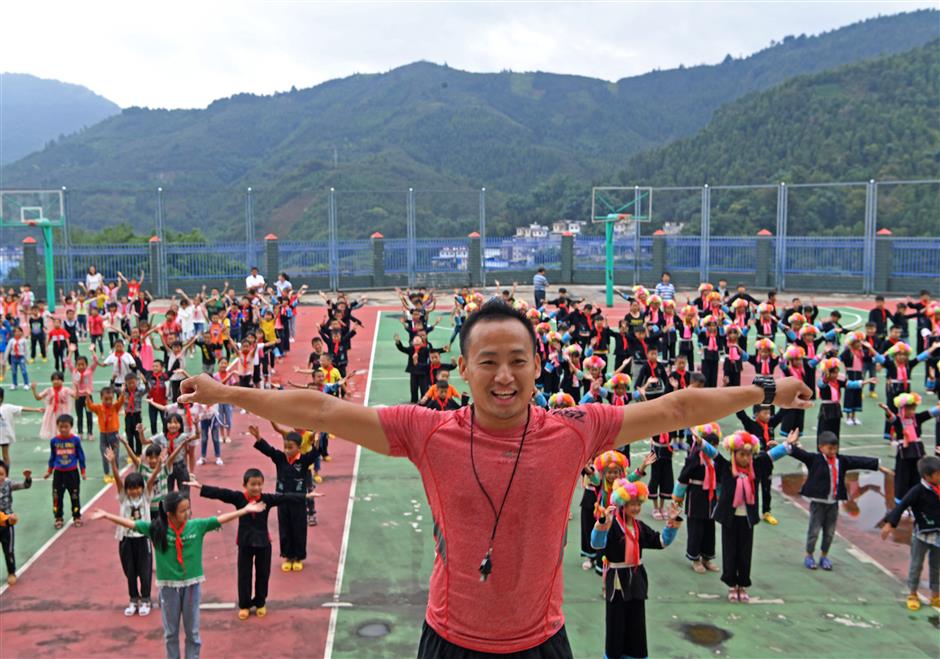 Luo Caixiu, a fifth grader at the school, is very fond of Shen's PE class. "I like to play badminton and my teacher often helps me with the skills. The way he taught is really interesting and I love his class," she said.

In addition, Shen set up a basketball training class in the school to boost students' chances for extracurricular activities.

"I developed a close bond with basketball when I was little," Shen said. "However, my parents didn't encourage me in my choice of basketball as they thought the drill would affect my study. Inadequate school instruction and small in height made me put more efforts in the sport. Despite difficulties, I still hang on and try my best to kindle the passion for basketball among the students."

Wan Guobing, also a fifth-grader, felt a surge of joy when talking about basketball. "Playing basketball is my favorite activity. Every time I shoot a basket, I feel a sense of achievement and the sheer happiness takes hold of me," he said. 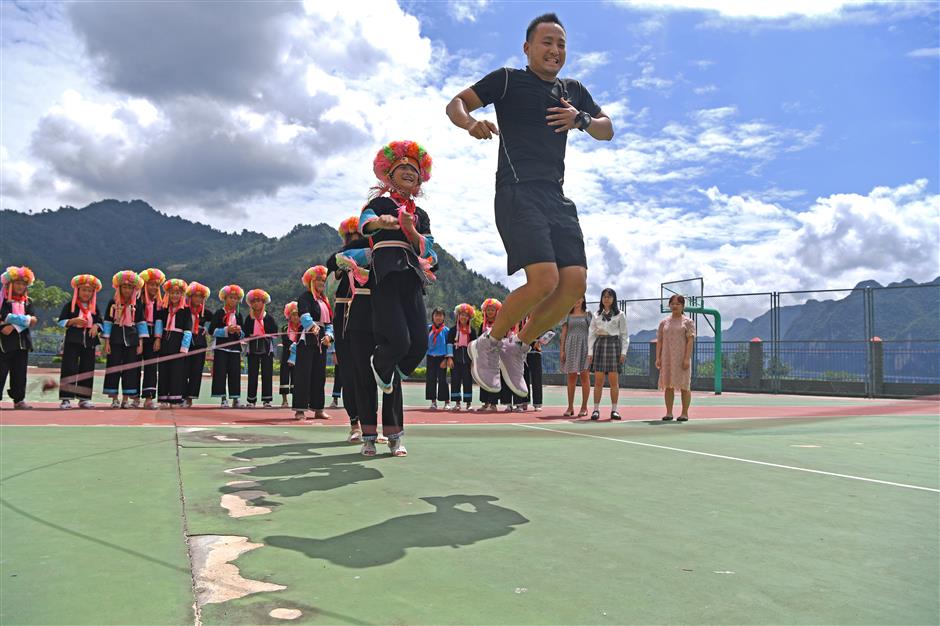 According to Shen, many children had never played basketball before but have now grasped the basics of the sport he taught them. Some boys can even finish dribbling and passing, and their shooting posture is better than before.

Sports have brought real, tangible changes to children's lives. "They are healthier and taller in general. Sports have brightened their lives as smile becomes a common feature on their faces," said Huang Xiaoyan, the school's headmaster.

"Because of our unrelenting efforts, children have a strong desire for physical activities. I will stick at my post here to help rural children cultivate the habit of taking part in sports from an early age," Shen said.