'The Hummingbird Project' to debut in China

“The Hummingbird Project,” a Canadian-Belgian thriller about finance and technology, will hit cinemas across China on January 29.

The film was written and directed by Kim Nguyen, whose child soldier drama “Rebelle” was nominated for best foreign-language film at the 85th Academy Awards.

"The Hummingbird Project" stars American actor Jesse Eisenberg, known for his roles in “The Social Network” and “Now You See Me,” and Emmy award winner Alexander Skarsgard.

The film centers on two cousins’ quest to build a fiber-optic cable between Kansas and New Jersey for high-frequency trading, which would provide them with instant financial market data and huge profits. However, the project isn't as easy and smooth as they expect.

In 2018, the film premiered at the Toronto International Film Festival.

In recent years, an array of critically acclaimed foreign films have been released in China, including “Green Book,” “Three Billboards Outside Ebbing, Missouri” and “Perfect Stranger." 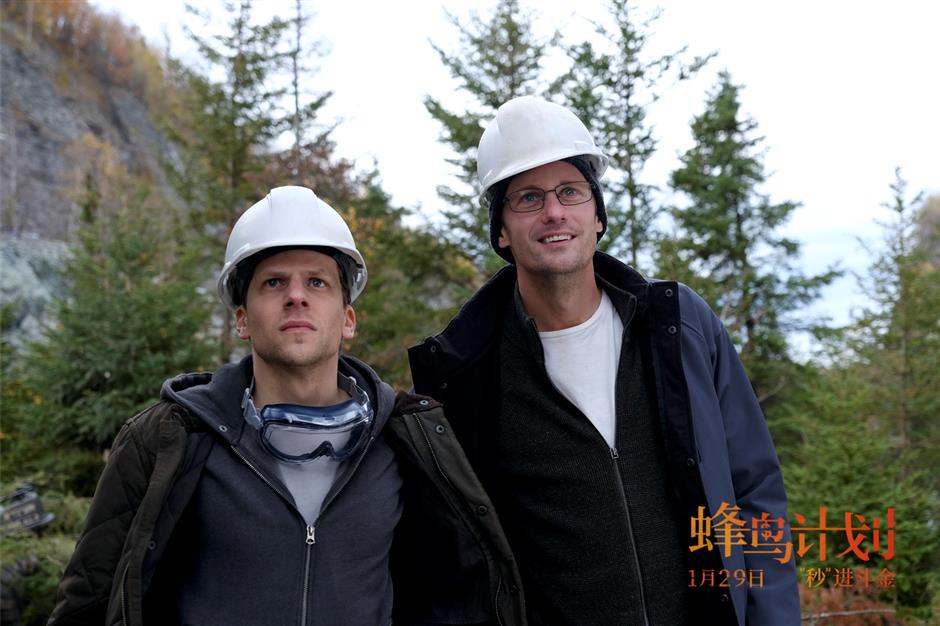