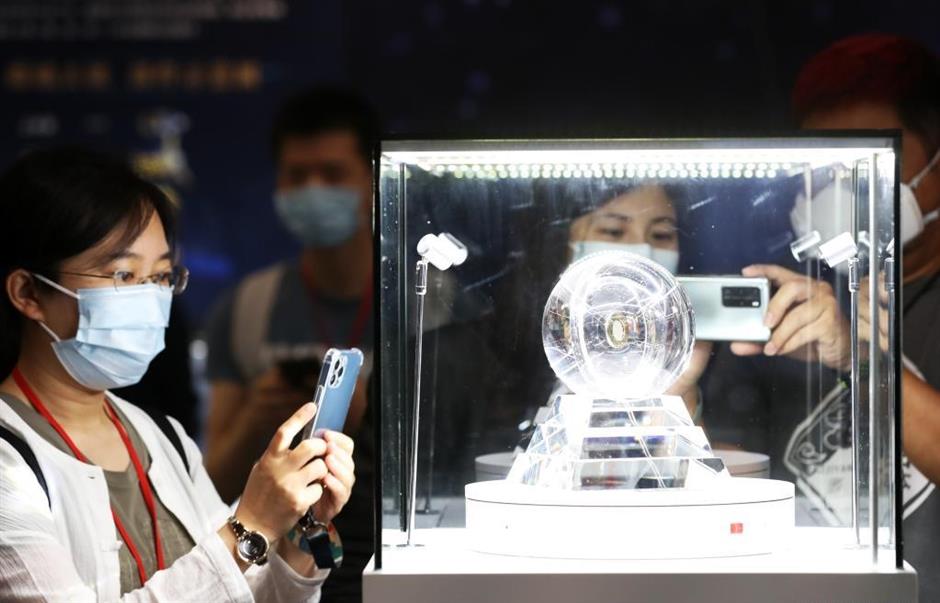 Visitors take photos of an exhibit at the Hong Kong Convention and Exhibition Center in south China's Hong Kong on June 25, 2021. Lunar soil brought back by China's moon mission was on display Saturday in Hong Kong.

Lunar soil brought back by China's moon mission was on display Saturday in Hong Kong. The exhibition will open to the public from June 27 to July 9.

The return capsule of China's Chang'e-5 probe touched down on the earth on December 17 last year, bringing back the country's first lunar samples collected from the moon, which are the world's freshest lunar samples in over 40 years.

The lunar soil arrived in Hong Kong on Wednesday, along with a delegation of six top Chinese space engineers and designers, for a four-day visit to the city.

Items and articles of Chinese scientists over the last 100 years depicting their inspiring stories will also feature in the exhibition.

At an inauguration ceremony of the exhibition on Saturday, Chief Executive of the HKSAR Carrie Lam said it is the first time that lunar soil is displayed in Hong Kong, adding that Hong Kong can make new contributions to the cause of national space technology. 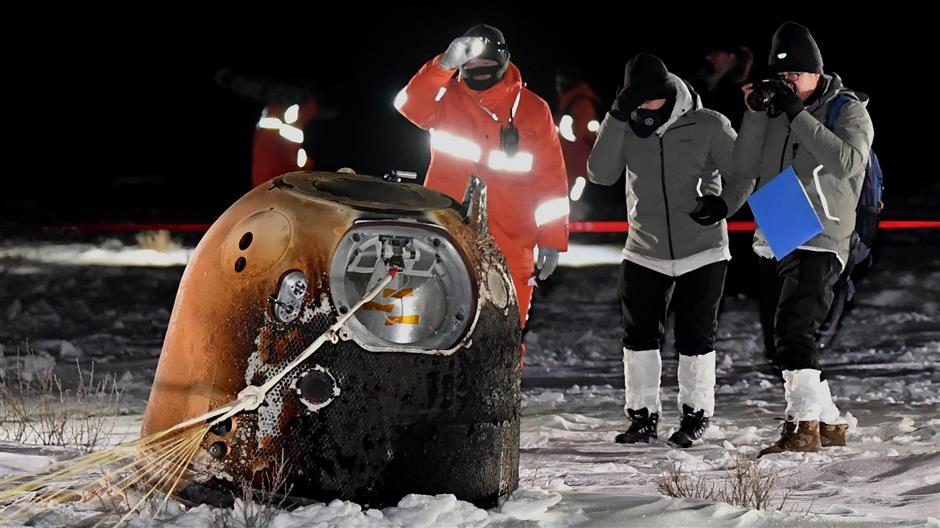 When the scientists met University of Hong Kong students on Wednesday, Hu presented a national flag, which is same as the one carried by the Chang'e-5 probe to the moon, to the university as a gift.

"The Chang'e-5 probe retrieved a total of 1,731 grams of lunar samples from the moon and the figure is meaningful," Hu said when delivering a speech.

Hu explained that the country spent 17 years from launching its moon exploration program to collecting lunar samples and succeeded in the first attempt of the three missions of orbiting, landing and sample-return.

Hu stressed the passion for innovation, a steady faith, perseverance, a sense of responsibility and meticulosity as the key to the success of national aerospace projects when elaborating on the space spirit.

Photo taken on June 26, 2021 shows the inauguration ceremony of an exhibition on Chinese scientists and the moon sample in Hong Kong, south China. Lunar soil brought back by China's moon mission was on display Saturday in Hong Kong.