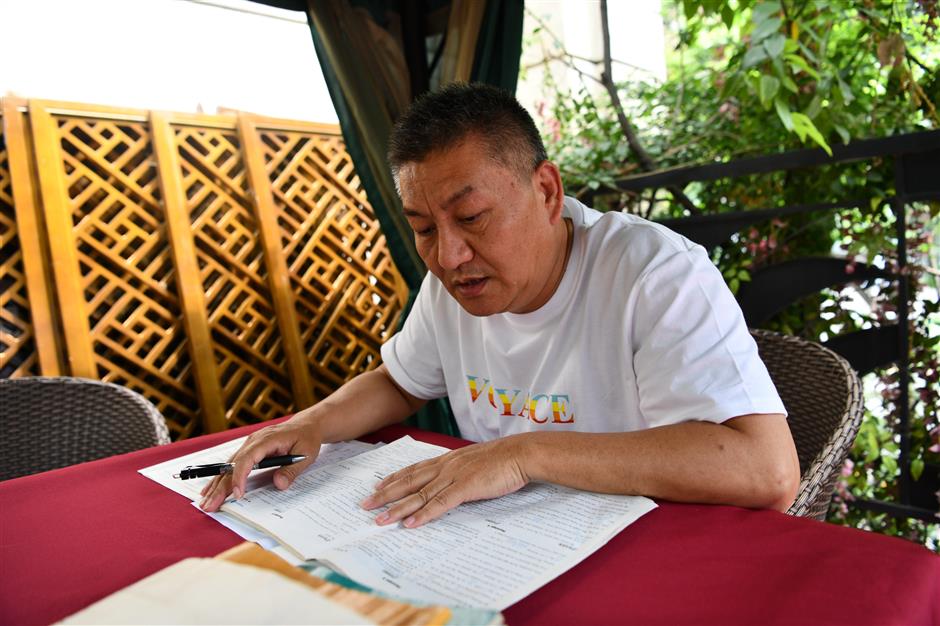 Liang Shi prepares for this year's gaokao, or college entrance examination, on May 20 in Chengdu, Sichuan Province.

A 54-year-old man is gearing up for his 26th college entrance exam next year, as he has failed again this year to get a high enough score to enroll at his dream school, Sichuan University.

Liang Shi has gained notoriety for taking part in 25 annual college entrance exams, known as gaokao in Chinese, since 1983, earning him the nickname "gaokao dingzihu (literally nail household)," referring to a person who refuses to budge despite repeated failures.

Liang, who owns a tea house in Chengdu, capital of southwest China's Sichuan Province, said his sole purpose is to realize his dream of becoming a college student, denying speculation that his gaokao crusade is all for media attention, Thepaper.cn reported today.

His score was 403 out of 750 in this year's gaokao, far below the minimum admission requirement, 521 points, for acceptance to Sichuan University.

However, he is undaunted by the failure and will soon begin preparing for next year's exam. He intends to switch to liberal arts, for which he thinks it will be easier to prepare.

"Sometimes when I performed so poorly, I got really frustrated, but I never for a moment considered quitting. I am determined to get into a decent university," Liang said, characterizing this determination as an aspiration rather than an obsession.

Over the years, he has worked in construction, timber felling, home-appliance sales and other fields. The only thing that hasn't changed is preparing for the exam during his spare time.

Maintaining his confidence, Liang said "studying is hard, but I don't feel like my learning ability has declined as I get older."