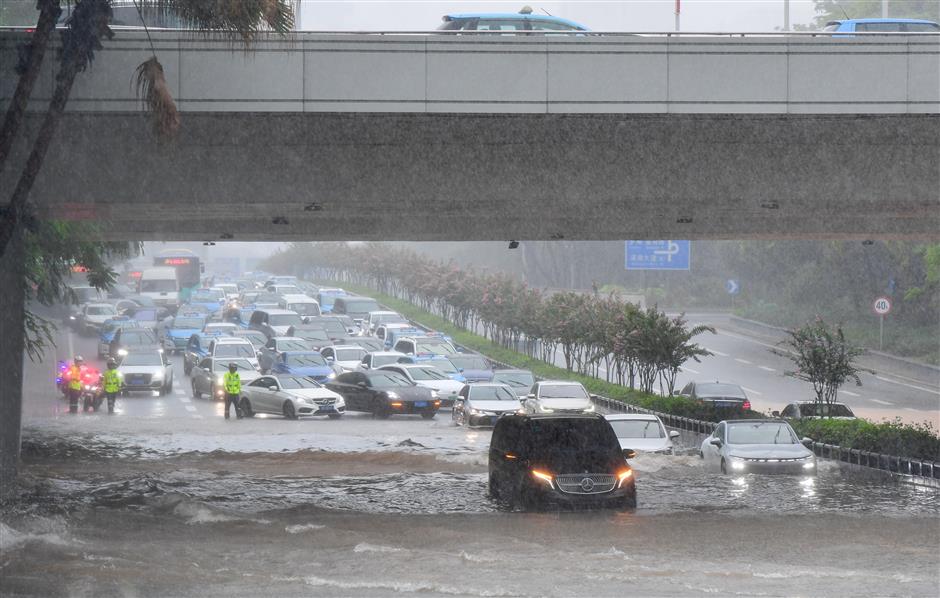 Typhoon Cempaka is the first typhoon to make the landing in China this year.

The typhoon landed on the coast of Jiangcheng district in the city of Yangjiang, packing winds of up to 118.8 km per hour near its eye, the provincial meteorological center said.

The city has implemented traffic controls on many roads and issued a red alert for rainstorms.

It also has called back 384 fishing vessels and asked 2,680 fish-farming workers to be evacuated ashore. Nearly 5,000 people in the city have been evacuated to safety.

The Baiyun International Airport in Guangzhou, the provincial capital, had canceled 127 flights and delayed 19 outbound flights by 5:15pm Tuesday.

The typhoon was forecast to bring torrential rains to the southern part of Pearl River Delta and the western part of Guangdong on Tuesday and Wednesday.