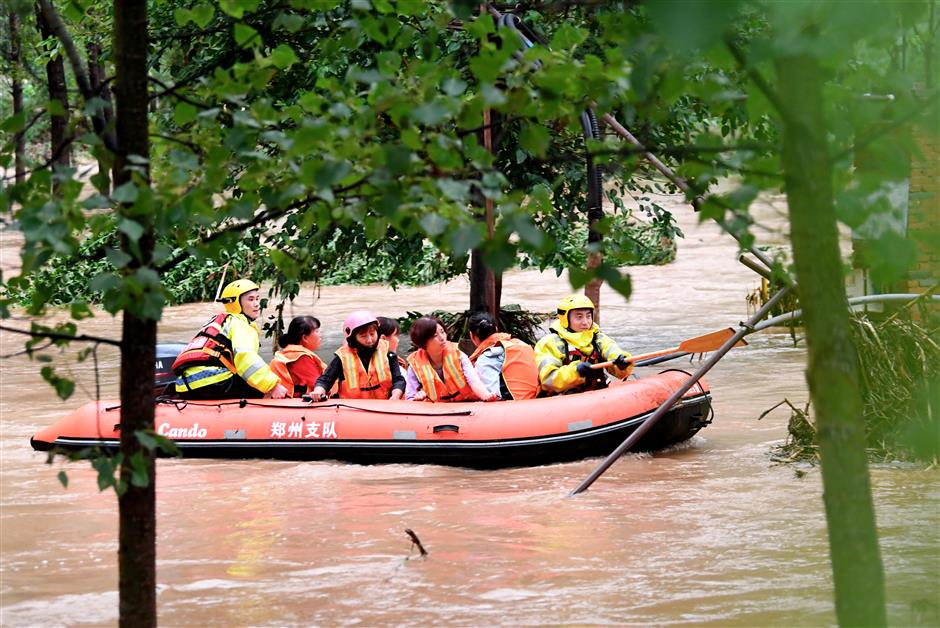 A total of 12 people have been killed in the torrential rains in the downtown area of Zhengzhou, the provincial capital of central China's Henan Province, the local government said.

About 100,000 people have been relocated to safe places, it added.

The accumulated rainfall reached 449 mm on average in Zhengzhou from 6pm on Sunday to midnight on Tuesday. Both Henan provincial and Zhengzhou municipal meteorological bureaus have raised the emergency response for meteorological disasters to level I.

Heavy rains in Henan are expected to last until Wednesday night, according to forecasts.

Chinese authorities today raised the emergency response for flood control to Level II, the second-highest in the response system, as heavy downpours continued to lash the central province of Henan.

Extremely heavy rainfall hit Henan on Tuesday, with precipitation in Zhengzhou, the provincial capital, exceeding the highest level on local weather records, according to the Ministry of Emergency Management.

The rainstorm has caused the water level in a reservoir to rise rapidly, said the ministry, adding that all local residents downstream have been relocated in advance.

The ministry has dispatched a working team to the affected areas in Henan to help local authorities with disaster relief work.