The Chinese mainland on Monday reported 108 new locally transmitted COVID-19 cases: 50 in Jiangsu Province, 37 in Henan, 15 in Hubei and six in Hunan, the National Health Commission said in its daily report on Tuesday.

Also reported were 35 new imported cases, including 11 in Yunnan, nine in Shanghai, eight in Guangdong, three each in Fujian and Sichuan, and one in Shaanxi.

One suspected case arriving from outside the mainland was newly reported in Fujian on Monday. 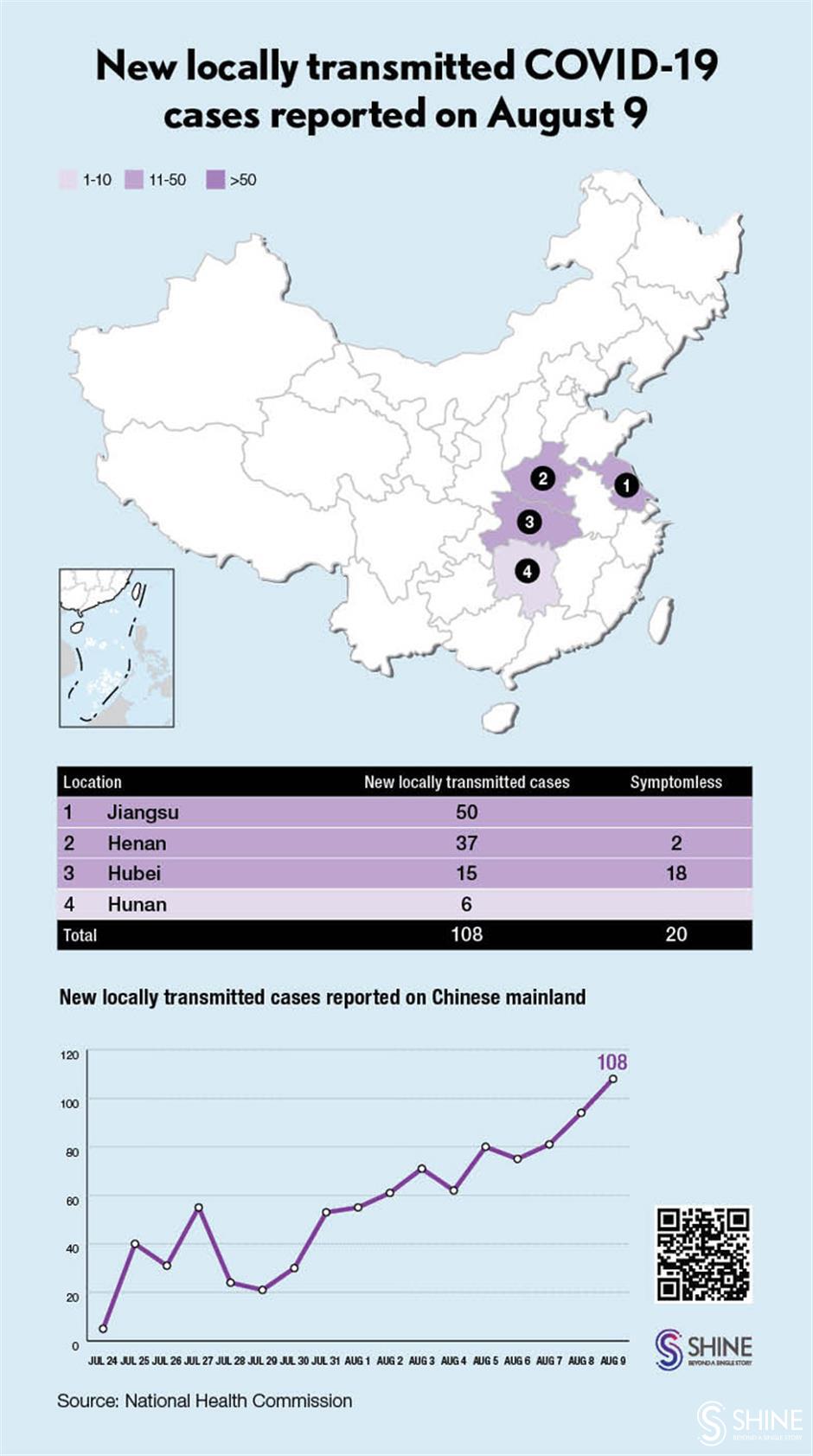