The Tokyo 2020 Olympic Games have sparked a series of shopping trends in China, including the masks worn by Chinese athletes.

However, the "same" masks sold online were declared recently to be bogus products.

Many stores on Taobao, China's biggest online shopping platform, are offering copies of the masks worn by Chinese Olympic athletes. Some have even sold thousands of the product in a couple of weeks. 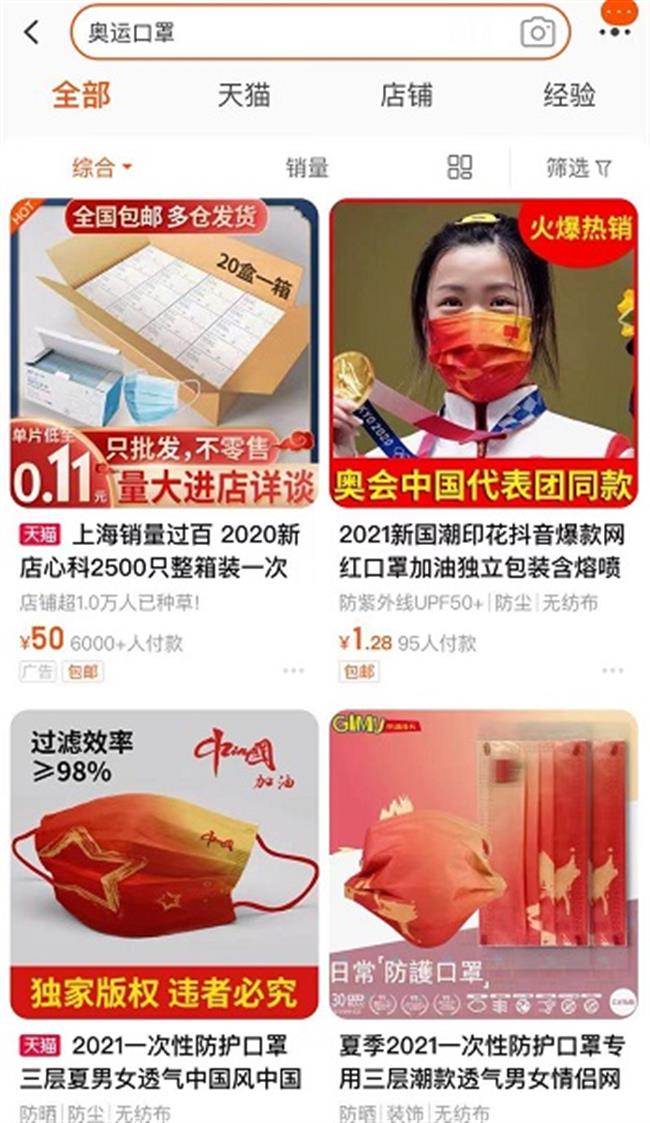 Some of the search results of "Olympic masks" on Taobao

The bogus products look the same as those used by Chinese athletes at the Games, bearing the Chinese national flag and the Olympic rings.

Beijing Polay Pharmaceuticals, which manufactured the official masks, issued a statement saying it had never sold the masks to the public, online or offline.

All related masks were bogus and sold illegally, the company said.

"Our country has special regulations for the protection of Olympic symbols. If you use the logo without authorization, then you may violate the intellectual copyright," said Yue Shenshan, a Beijing-based lawyer.

Furthermore, the manufacturer said there are big differences, such as in appearance, between the "bogus" products and the official masks. 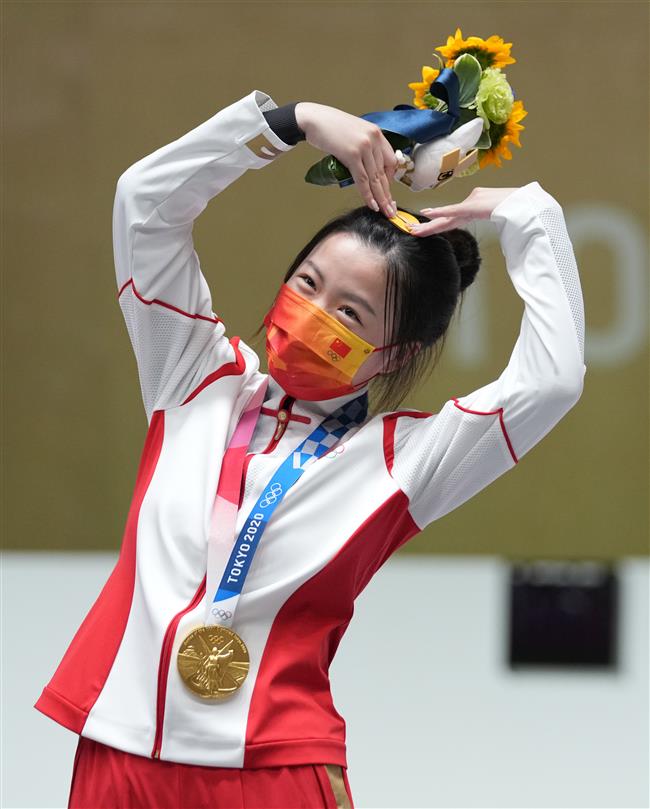 Shooter Yang Qian, winner of the first gold medal of the Tokyo Olympics in the women's 10m air rifle, gestures on the podium.

The most important is that the bogus products are mostly ordinary, disposable face masks that do not ensure medical protection.

After Polay Pharmaceuticals issued the statement, the number of bogus products has greatly decreased on e-commerce platforms.

But there are still stores trying to sell such masks by covering the national flag and Olympic rings on their product images. 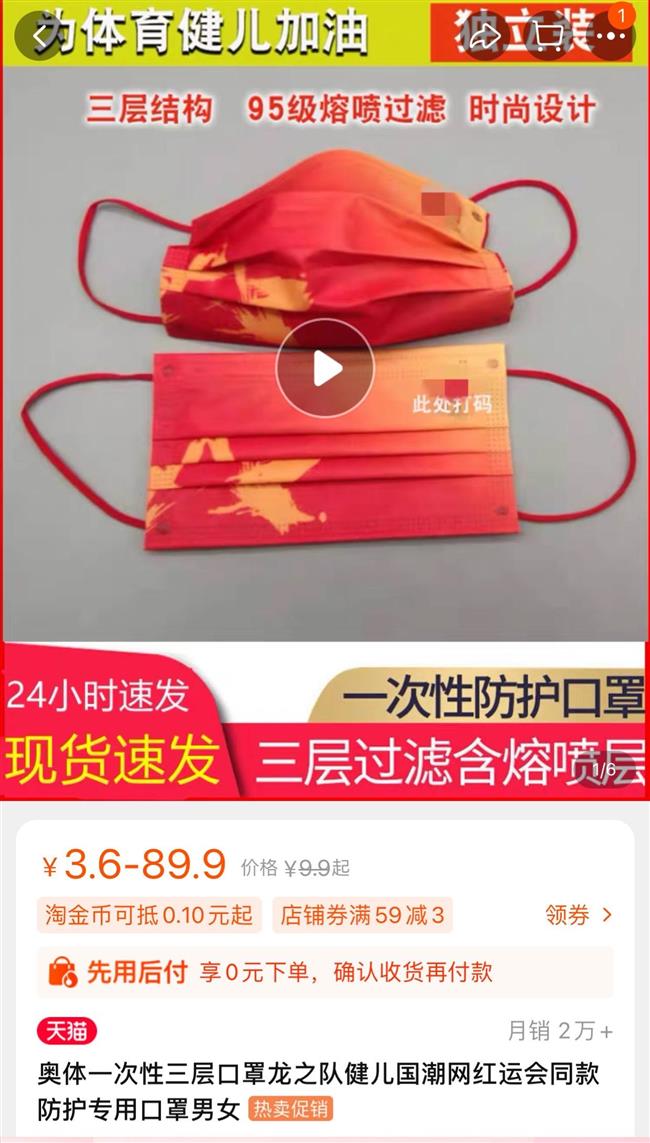 According to Shao Ruifang, marketing director of Polay Pharmaceuticals, the company is in the process of applying for a patent for its Olympic mask.

"Taking into account the needs of everyone, we are planning to cooperate with official departments to sell the Olympic masks," Shao said.