A man was arrested by police this morning in an eastern Chinese county for allegedly killing a woman, local police said.

Police in Taihe County, Jiangxi Province, received a report from a taxi driver who claimed a passenger was carrying a black suitcase with blood stains on it at around 7am on September 7.

Police discovered a woman's body in the suitcase and identified her as a 19-year-old woman surnamed Fang. Officers identified the 32-year-old man, surnamed Xie, from northwest China's Shaanxi Province, to be the prime suspect.

Xie was caught in Ji'an City around 11:25am today. 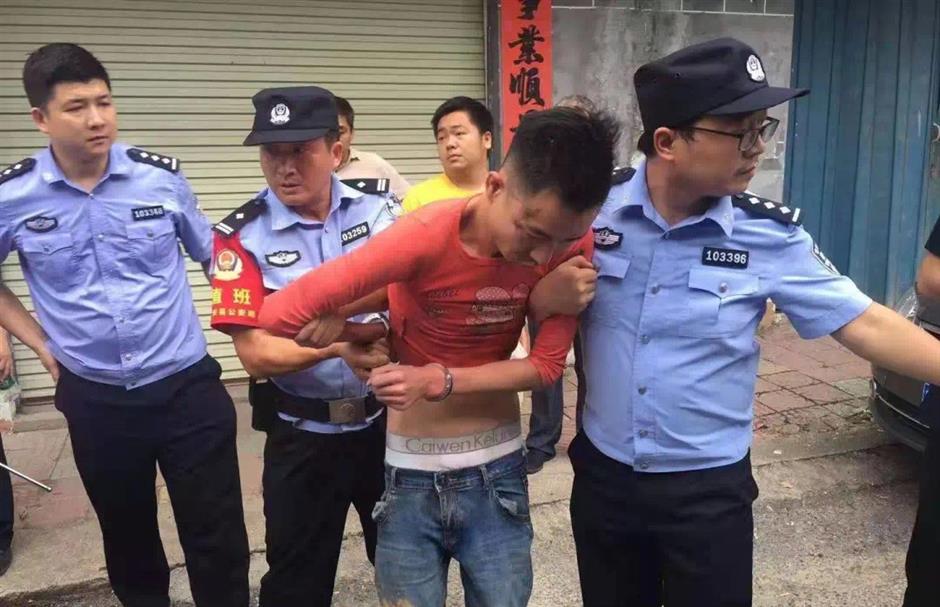 The suspect is caught by police in Ji'an, Jiangxi Province.