Skyscraper reopens after lengthy shutdown due to vibration

A shaking skyscraper in the southern Chinese city of Shenzhen in Guangdong Province returned to normal operation today after the mast on the building was removed, the local government said.

Built in 2000, the 356-meter SEG Plaza experienced sensible vibration in May, sending crowds of people fleeing in panic. The building was closed for an investigation into the problem.

An expert group of engineers claimed in mid-July that the SEG building's main structure was safe and operating within the designed load range under conditions of normal use.

Wind-related "vortex-induced vibration" and the aging mast of the building caused the wobble.

The mast is now removed, which is expected to alleviate the vibration issue inside the building. 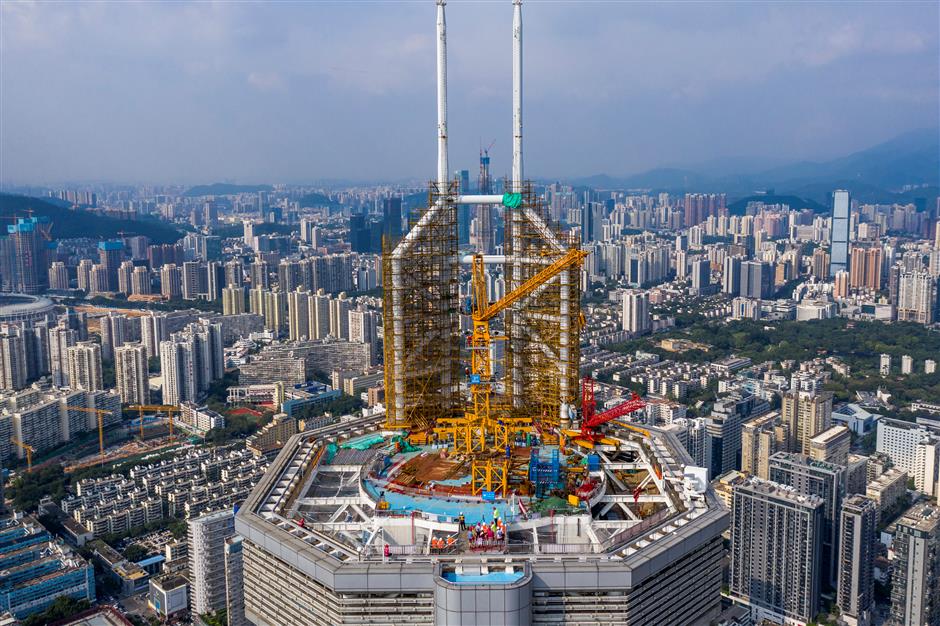 The mast on top of SEG Plaza in Shenzhou, Guangdong Province, being removed on August 2.