How did the COVID outbreak in Fujian spread in the past four days?

Fujian Province had reported 95 COVID-19 positive cases, 67 confirmed and 28 symptomless, by 6pm on Monday according to the Fujian authorities.

Among these infections, at least 18 people are students from a primary school in Putian and 12 are workers from a shoe factory located in the bordering area of Putian and Quanzhou cities. Both the primary school and the factory are in Fengting Town of Putian.

One case in Quanzhou is also a primary school student.

What is the situation in Fujian now?

So far, three cities in Fujian -- Putian, Quanzhou and Xiamen, have reported infections. The province now has one high-risk area and four medium-risk areas.

How did this start?

Experts said the outbreak was likely caused by a 38-year-old man surnamed Lin, who returned to Putian from Singapore last month. Before being tested positive on September 10, he had taken nine tests during his quarantine and the results were all negative, according to local authorities.

How was the first case detected?

The first case in Putian was detected by random testing in the Putou Primary School, who was a classmate of the returning Lin's son. The two families were all tested positive. 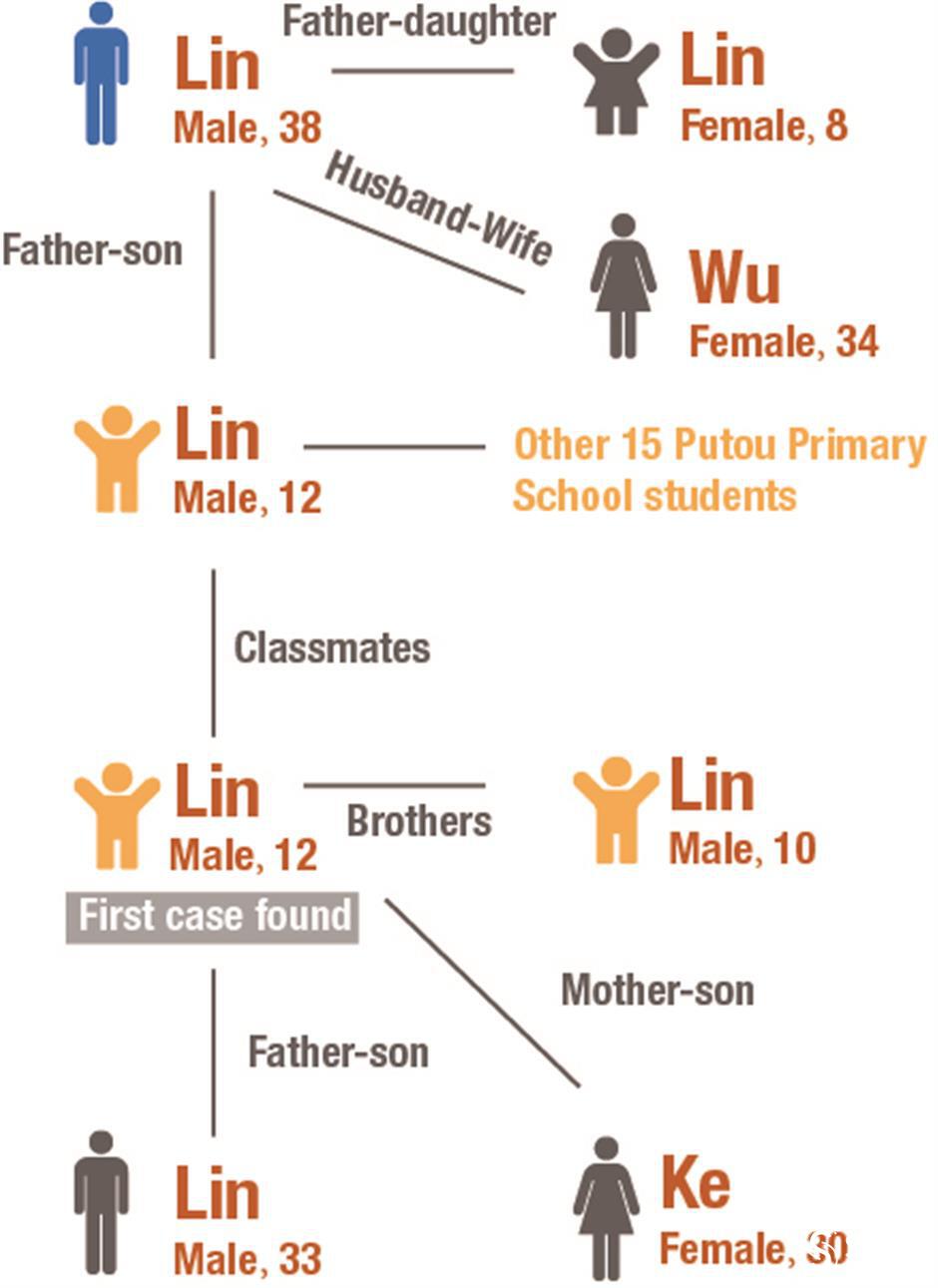