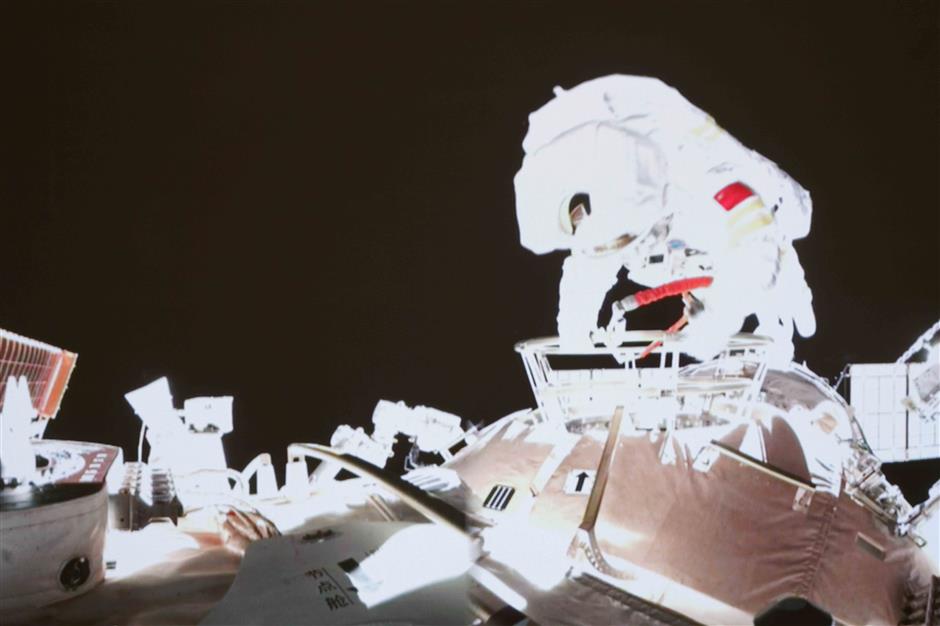 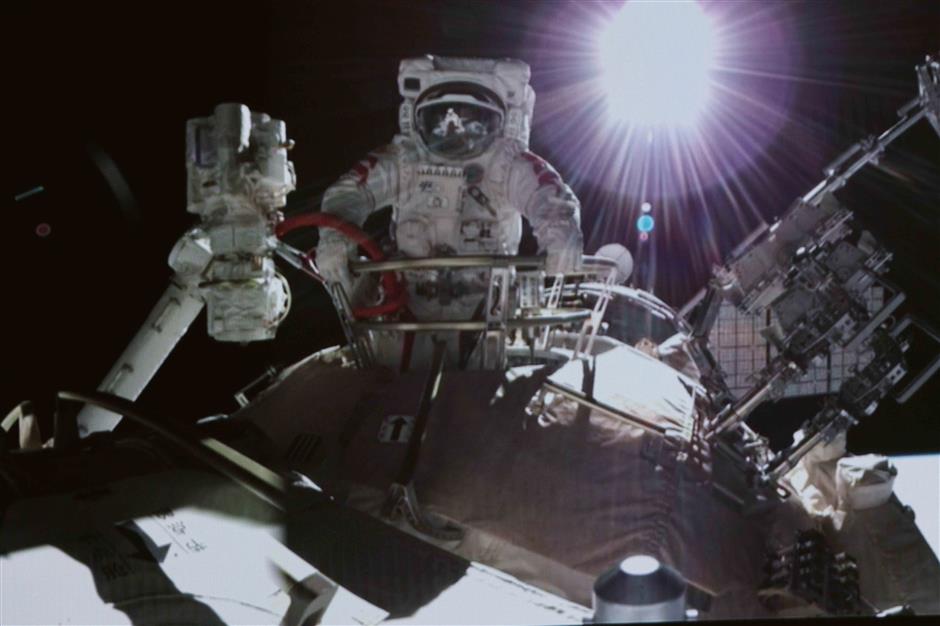 Zhai opened the hatch of Tianhe's node cabin at 6:51pm.

This is the second time Zhai has performed EVAs, having completed China's first spacewalk 13 years ago during the Shenzhou-7 mission. Meanwhile, Wang's EVAs make her the country's first female astronaut to leave footprints in outer space.

Donning China-developed new-generation Feitian spacesuits, the pair will conduct a series of extravehicular tasks with the aid of the mechanical arm, the agency noted.

Ye Guangfu stayed inside to support his crewmates in completing the operations.

China launched the Shenzhou-13 spaceship on October 16, sending the three astronauts on a six-month mission to construct its space station.