The Chinese mainland reported 24 imported COVID-19 cases and two locally-transmitted infections on Tuesday, the National Health Commission in its daily report on Wednesday.

One of the newly reported local cases was registered in Harbin, northeast China's Heilongjiang Province, and the other in Ili Kazak Autonomous Prefecture, northwest China's Xinjiang Uygur Autonomous Region.

Of the new imported cases, 13 were reported in Yunnan, four in Shanghai, two in Guangxi, and one each in Jilin, Heilongjiang, Jiangsu, Fujian, and Shandong.

There were no new suspected cases or new deaths from COVID-19 on the mainland, the commission said. 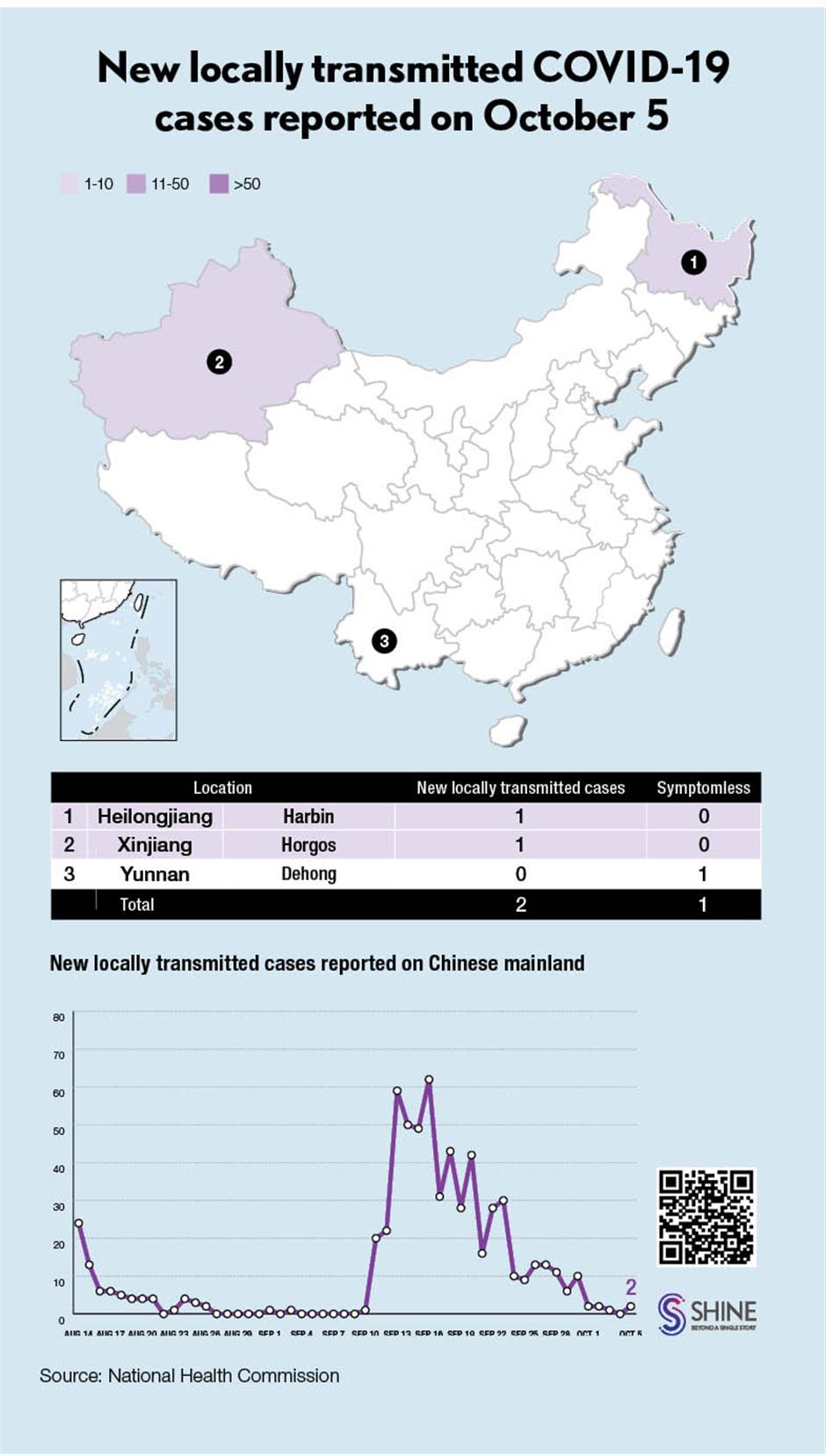