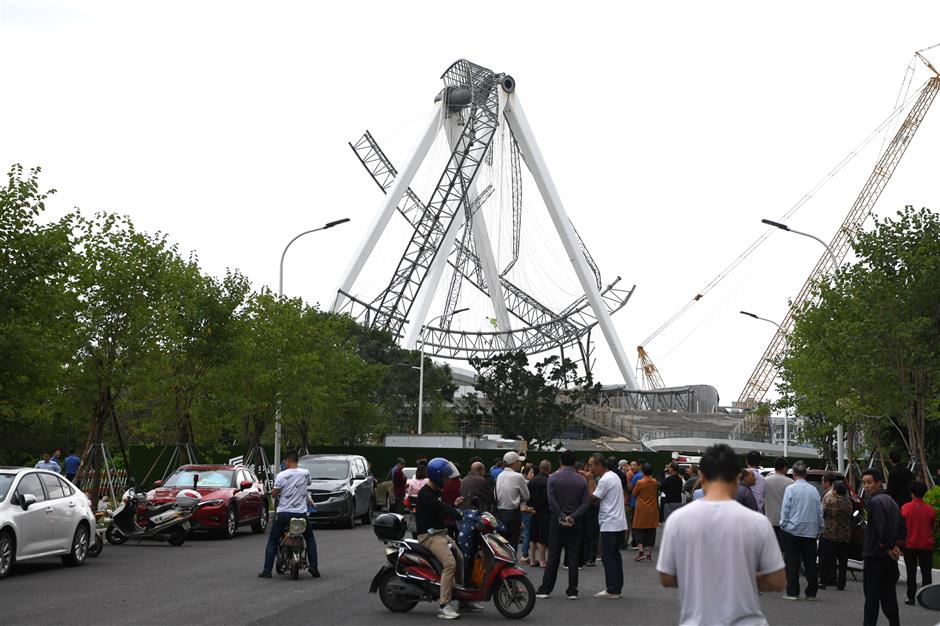 A Ferris wheel under construction in Fuzhou collapses on Monday.

A Ferris wheel under construction in Fuzhou, capital of southeast China's Fujian Province, collapsed on Monday afternoon, with its upper portion twisting and falling off, China News Service reported.

No casualties have been reported so far.

The metal parts of the turning wheel broke into several pieces, causing damage to some structures on the ground, the report said.

Construction on the Ferris wheel at the city's Jin'anhu Park began on April 19, with a height no lower than 120 meters.

The cause of the accident is under further investigation. 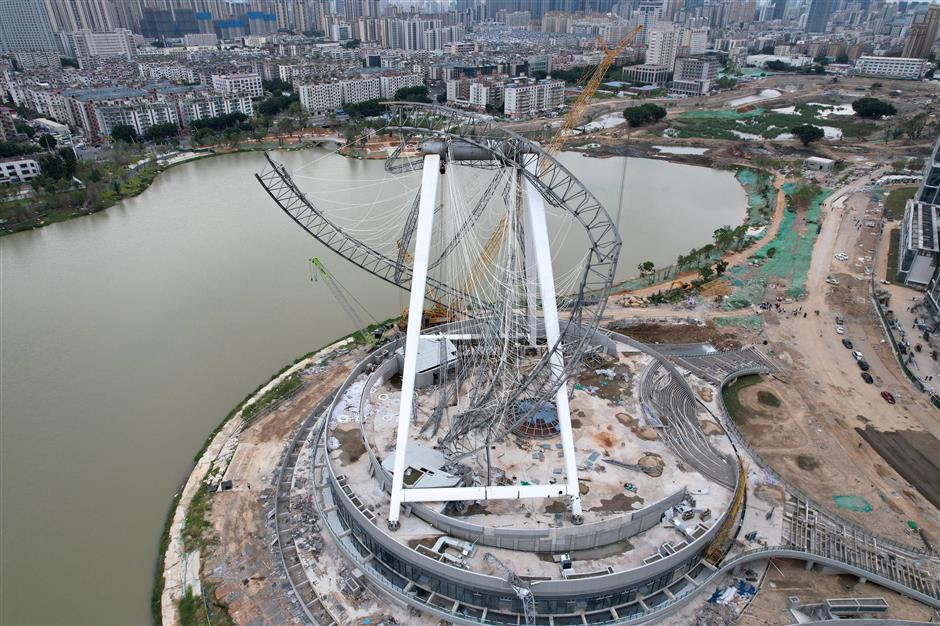 An aerial view of the collapsed Ferris wheel