Of the new local cases, five were reported in Gansu, four in Ningxia, and two each in Inner Mongolia and Hubei, the commission said.

Also reported were eight new imported cases, of which six were reported in Shanghai, and one each in Henan and Guangdong.

No new suspected cases or deaths from COVID-19 were reported on Wednesday, it added. 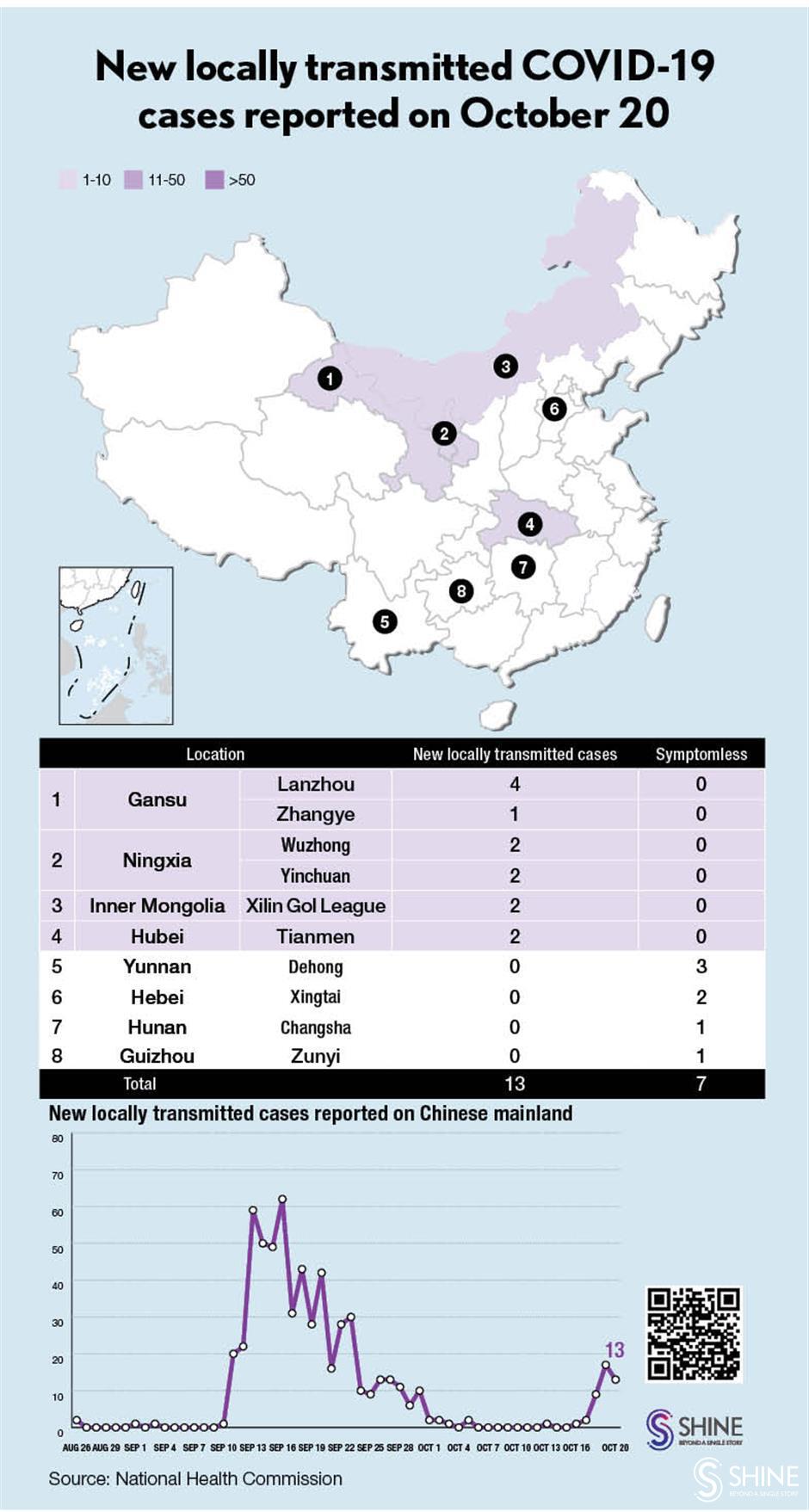