Chinese scholar fights off armed attacker in US with kung fu

In the interview with World Journal, Zhou recreates the scene of him fighting off the first attempted armed robbery.

A Chinese professor who was visiting the University of Southern California fought off armed robberies twice with Chinese kung fu near Los Angeles Chinatown in the US on November 1, reported World Journal, a Chinese-language news website in the US.

Professor, Zhou Pigai, from Xiangtan University in central China's Hunan Province, was walking with a suitcase and backpack on November 1 when the robbery happened.

As Zhou was standing at the corner, a man in black and wearing a black mask rushed out of a black pickup truck and pointed a gun at him, he told World Journal.

He knocked down the robber using Chinese martial arts and ran away from the scene, he said. 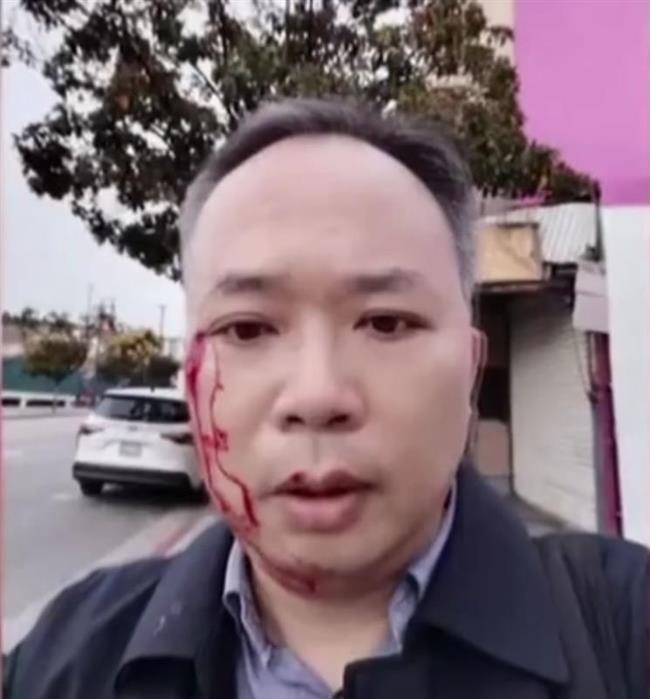 Zhou takes a photo to check his wounds after the robbery happened near Chinatown in Los Angeles on November 1.

Getting back to the main street, Zhou used his phone to check the wounds on his face as he felt blood dripping down his face.

However, just as he put down his phone, the robber caught up and held a gun to Zhou's head again.

Zhou intended to give up the suitcase for his safety but defended himself again as the robber tried to grab his backpack with his laptop and other valuables in it.

Realizing that he could not fight Zhou, the robber took the suitcase and escaped the scene by truck.

With the help of local Chinese people in Chinatown, Zhou reported the incident to the police.

Zhou told World Journal that he had learned martial arts before and knew from the first fight that the robber could not overpower him, so he chose to fight. 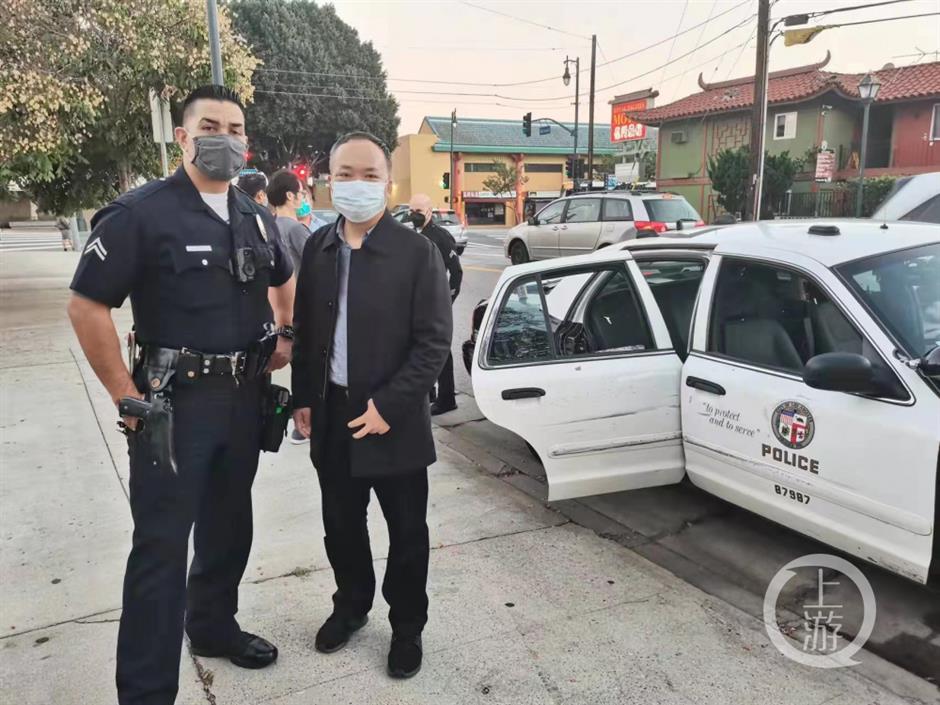 Zhou reports the crime to local police in the US.