Countdown to Asian Games 2022 in Binjiang

The 2022 Winter Olympics are approaching and final preparations for the 19th Asian Games Hangzhou 2022, from September 10 to 25, are also in full swing.

Thirty-two-year-old Nie Xiaofeng chooses to stay in Hangzhou over the upcoming Chinese New Year holiday which runs from January 31 to February 6. As a team director for security guards in Hangzhou Olympic Sports Center Stadium, he is staying to his post instead of reuniting with his family in Jiangxi Province.

The stadium, commonly known as the "Big Lotus" in Binjiang District, is the primary stadium and athletics venue for the Asian Games, with 229,000 square meters and 80,000 seats. 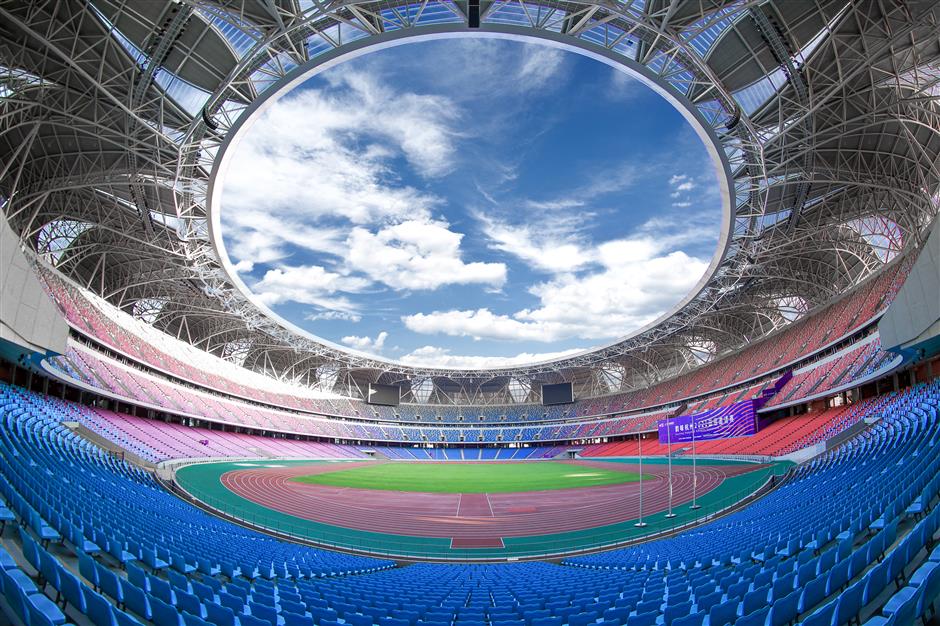 "My work is to ensure the security of the venue, which isn't easy. I have to maintain the order of personnel while controlling the safety of the facility and vehicle flow," said Nie. "I even have to know how to prevent water pipes from freezing and bursting in chilly weather. Security guards need to handle everything."

Security work in such a huge venue is not simple. It takes every guard months to learn the ropes. For example, when anywhere of the construction issues a request for help, a security guard must arrive within three minutes.

The area Nie oversees has never had an accident. Preparation for the Asian Games has entered a critical stage, and security staff works around the clock in shifts.

"The only thing I can do for the Asian Games is to cooperate with the organizing committee to protect the venue and facilities," Nie said.

The "Big Lotus" is a new Hangzhou landmark for its lotus-like design. Hangzhou government has given priority to its green functions during construction. For instance, the stadium has been installed with a rainwater recycling system, through which rainwater is filtrated, purified and utilized again to effectively use water and save energy.

The construction of the "Big Lotus" has been supported by Professor Luo Yaozhi from Zhejiang University. His innovative modern spatial structure system and engineering application technology has solved the problems in reducing the weight of beams while maintaining sufficient load-bearing capacity in mega structures, which won the top prize of National Science and Technology Progress Award in 2020.

The total amount of steel used for the "Big Lotus" only weighs 28,000 tons, about 14,000 tons less than the noted Bird's Nest in Beijing. The venue won the Gold Award of China's Construction on Engineering Steel Structure, the top-notch prize in steel buildings in China.

After completion, the venue has become a spot for thousands of people to view spectacular light shows performed with 500 drones.

Drones create patterns in the night sky above the stadium. The show runs through September 10, starting at 6pm between January 11 and March 31, 6:30pm between April 1 and June 30 and 7pm between July 1 and September 10. 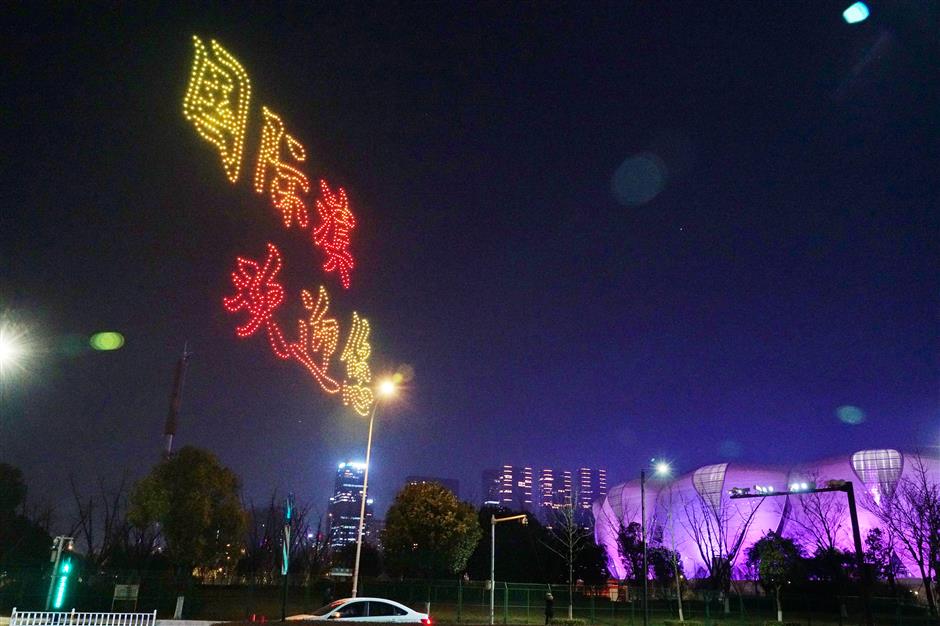 Along with the stadium, Binjiang will use two other venues for the Asian Games – Hangzhou Olympic Sports Tennis Center, commonly known as the "Little Lotus," and Binjiang Gymnasium.

The "Little Lotus" accommodates up to 15,600 people. Its dome is designed as a budding lotus flower comprised of eight "large steel petals" that can be opened and closed.

It is the world's first rotating, opening and closing roof with a precise control within a only 2-centimeter error. The arena has a truss steel structure so each "petal" constitutes a relatively independent part but makes up the entire dome.

Binjiang government puts forward the idea of "Better Roads, Easier Passes" and launched dozens of transport projects to pave, upgrade and renovate the area around these venues, the majority of which have been completed.

About 1 million square meters of underground space has been connected, enabling people to drive through the area in two minutes.

Another project, Jiangnan tunnel has come into pilot operation since yesterday. It is planned as a hub linking high-speed roads, railroads and thoroughfares.

Many migrant workers working on the construction project are staying in Hangzhou over the Chinese New Year holiday. The local government offers 600 yuan (US$94.2) worth of consumption coupons to every non-native who pays taxes and stays in the city during the holiday.

"To stagger the arrival of my colleagues returning from their hometowns, I plan to go back to my hometown after the holiday," said Nie. "Maybe I will take my family to watch the Asian Games in September."