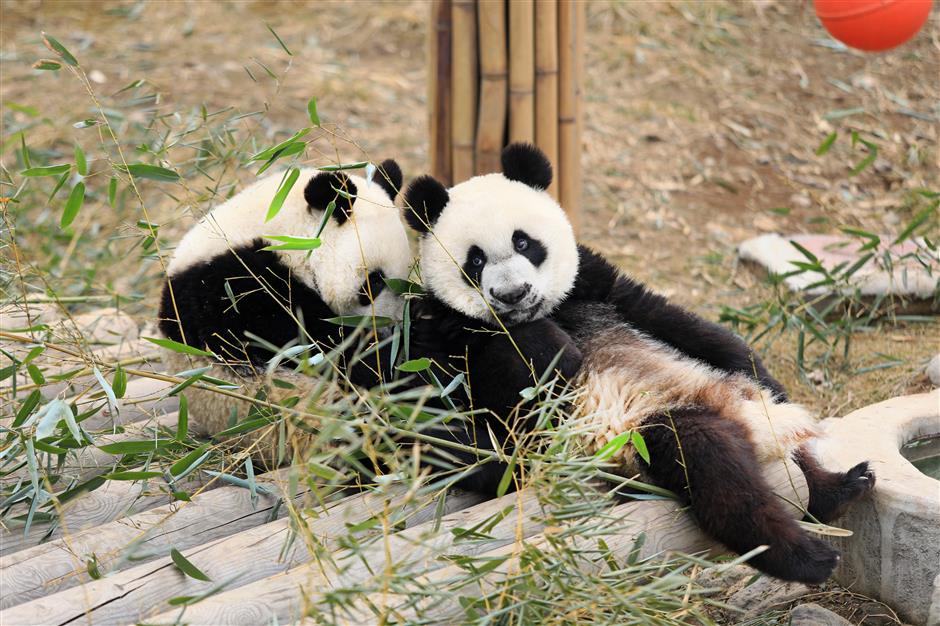 An artificially bred giant panda cub was born at a breeding base in northwest China's Shaanxi Province.

A giant panda, named "An'an," gave birth to a female cub on Monday at the Qinling Giant Panda Research Center. The cub, weighing 132.8 grams at birth, was in good health, the center said.

In August, Yongyong and Qinqin, two pandas at the center, gave birth to a pair of male cubs and a pigeon pair of cubs, respectively.

So far this year, the center has witnessed the birth of five artificially-bred cubs, which raised its number of Qinling giant pandas in captivity to 41, the center added.

The Qinling giant panda is a subspecies of giant panda first recognized in 2005. It has a smaller and rounder skull, shorter snout, and less fur than the more familiar Sichuan subspecies.